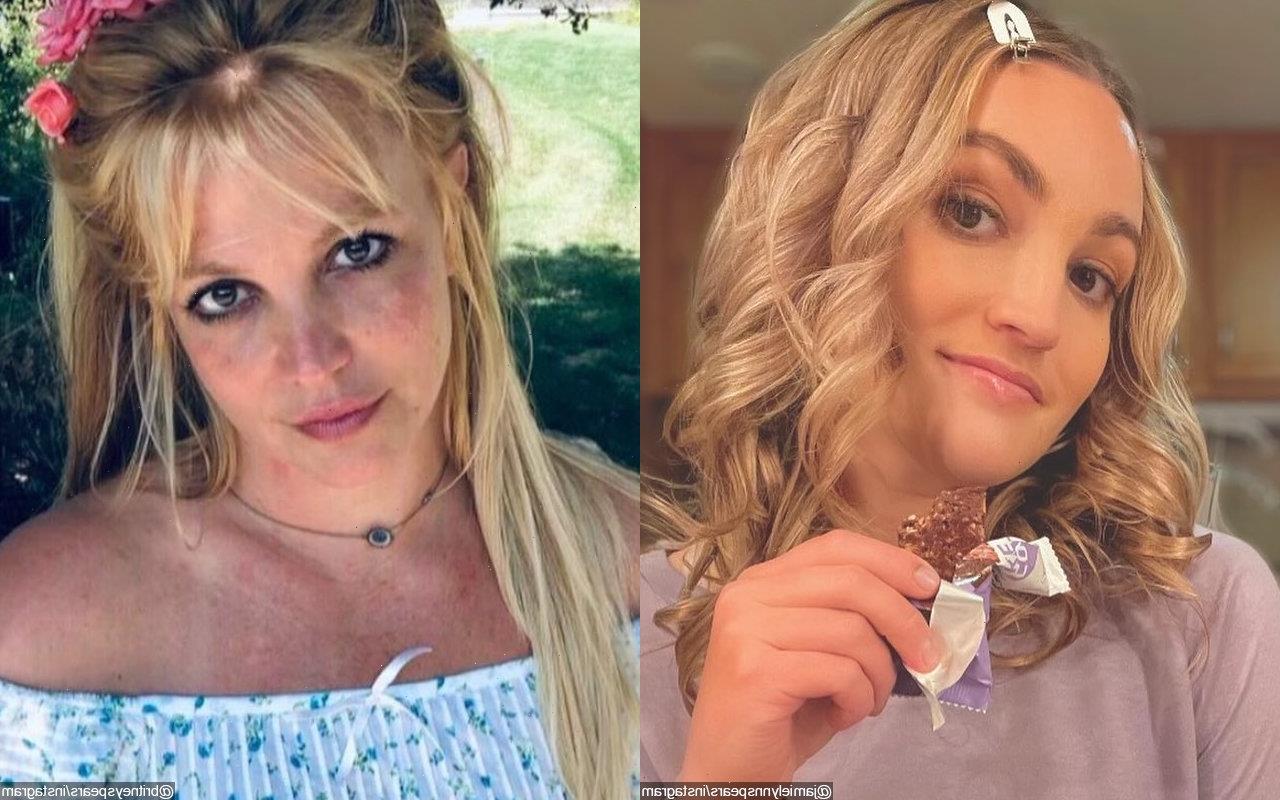 The ‘Zoey 101’ alum posts a screenshot of a report by Ronan Farrow and Jia Tolentino for the New Yorker in which they claim that Jamie and other family members are financially supported by the ‘Toxic’ singer.

AceShowbiz –Jamie Lynn Spears sets the record straight about claims that she’s financially dependent on her older sister Britney Spears. The 30-year-old actress took to an Instagram post on Wednesday, July 7 in response to a report claiming that Britney’s estate supports her.

In her post, Jamie posted a screenshot of the said report by Ronan Farrow and Jia Tolentino for the New Yorker. “Jamie, Lynne, and Spears’s brother, Bryan, have all spent years on Spears’s payroll, and, as friends who spoke with her at the time recalled, she was increasingly resentful of their efforts to influence her,” so the quote read. In response to the claims, Jamie sarcastically reacted, “Facts….now leave my broke-a** alone.”

Jamie’s post arrives after she spoke out after Britney slammed her family in addition to threatening to sue them over the conservatorship. “I’m not my family. I’m my own person. I’m speaking for myself,” the “Zoey 101” alum explained via social media on July 2.

“I’m so proud of [Britney] for using her voice. I’m so proud of her for requesting new counsel like I told her to do many years ago,” she went on to say. “If ending the conservatorship or flying to Mars or whatever else she wants to do [will make her happy] — I support that, 100 percent. Because I support my sister. I love my sister. Always have, always will. As long as she’s happy. Let’s keep praying. That’s all.”

Addressing the backlash that she faces, Jamie added, “I respect that everyone has the right to express themselves, but can we please stop with the death threats, especially the death threats to children.”