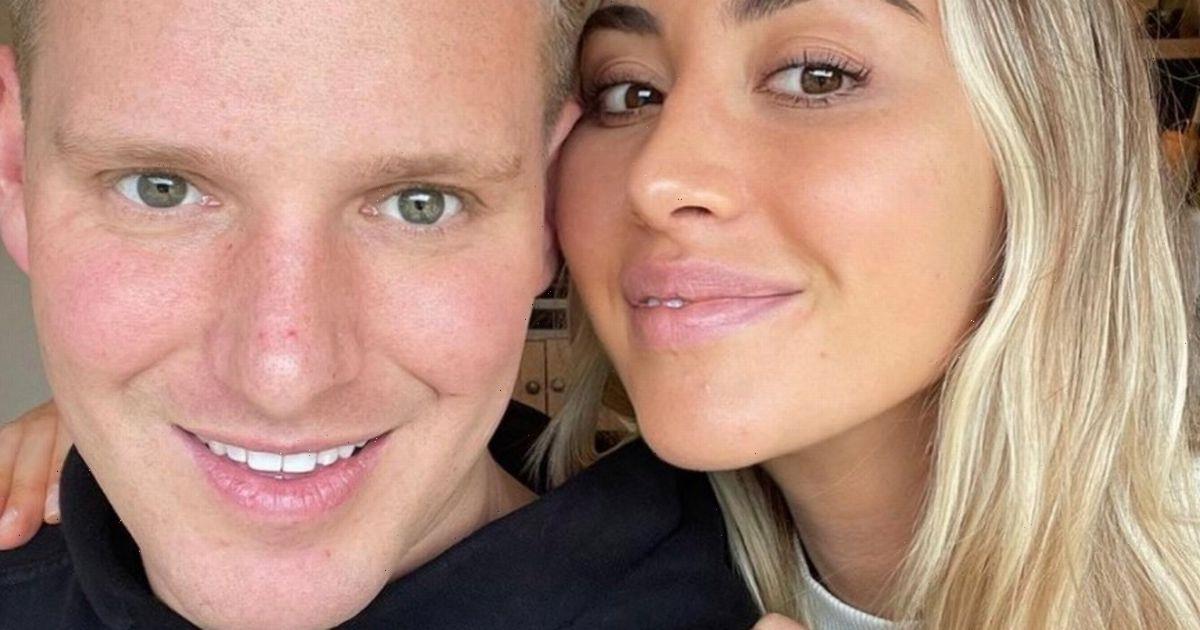 Jamie Laing has revealed an unexpected connection to his and Sophie Habboo's wedding planner – revealing he once kissed her.

The former Made in Chelsea star, 32, who proposed to fiancée Sophiein December, told the hilarious story on the couple's podcast, Nearly Weds.

On the first episode, aptly titled Planners and Proposals, Jamie confirmed they were using a wedding planner.

"We're having a wedding planner, aren't we? And that was a tricky process," said Jamie.

"That's actually been the most challenging process so far," Sophie admitted.

Jamie continued: "We have decided to go down the route of having a wedding planner and we had lots of people we were chatting to, which is a tough process."

The couple eventually chose to plan their wedding with GSP Limited, a luxury wedding planning business part-run by an old friend of Jamie's, Jemima Goodwin.

"Jemima is one of my oldest friends," Jamie said.

He then went on to tell a hilarious story of how he'd kissed his wedding planner at a party when they were teenagers, much to the surprise of his fiancée.

"We kissed when we were 14 years old," he said. "We kissed and I walked away and told all my friends. I went, 'I just kissed that girl, don't worry about it'.

"Anyway, I walked back over and she was kissing another boy. I was like, sorry what the hell. I went, what about me? And she said, 'You were a mistake'!

"I went home that night with all my boys, we went back to my house and my mum was upstairs. They all tried to make toast and I put the bread under the water and said, 'You can’t have any!' because I was so annoyed."

The couple launched their podcast on Monday 4 April, and they'll be documenting their entire wedding planning process.

And they may be just one episode in, but the duo have already been incredibly candid – so candid in fact, that Jamie revealed Sophie didn't want to initially get married at all.

"Don't say these things then!" Jamie laughed. "You said to me, 'I didn’t really want a wedding, I don't even want to get married.' And then you threw the ring…"

"And then you were upset because you thought you'd chipped it!"

The pair began dating in 2019, with Jamie proposing on 17 December 2021. He proposed at the Rosewood London, where it's believed that the couple went on their first date.

Sharing the news, Sophie was pictured wearing a "Mrs Laing-to-be" cap as she held a bottle of champagne, surrounded by white roses.

Jamie previously teased his wedding-based show on an episode of his own podcast, Private Parts.

During the episode in January 2022, Jamie mentioned their plans to record the process, while also giving more insight into their wedding plans.

Alex shared several locations for a destination wedding, as suggested by podcast listeners, including Croatia, Mykonos and South Africa – the latter being "where it all started".

"We considered that," said Jamie. "We wanted a New Year's Party in Cape Town."

For the latest showbiz reports and breaking news, sign up to OK!'s daily newsletter here.