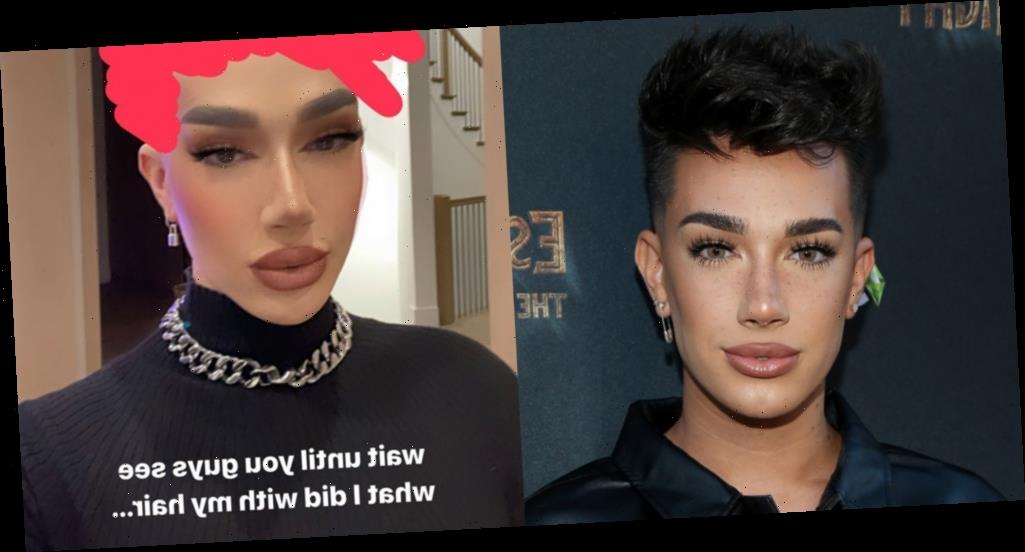 James Charles is a trending topic on Twitter after he showed off a brand new look on social media.

The 21-year-old makeup expert took to his socials to show off his newly shaved head while out for dinner on Thursday night (February 11) at Boa Steakhouse in Los Angeles.

After arriving the restaurant, James chatted with videographer Kevin Wong about his new look.

“Just trying something new,” James said. When asked if he actually shaved his head, he responded, “I did. Do you like it? It’s gonna be my new look. It’s real. I just did it today.”

James says he shaved his head himself. He said, “Of course. Had to film. I had to film the entire thing.”

A lot of fans don’t think James actually shaved his head and they think he’s just wearing a bald cap.

Click inside to take a closer look at the look…

Watch the video below to take a closer look and see some of James‘ selfies in the gallery.

See what people are tweeting below.

SIR WHY ARE YOU WEARING A BALD CAP

"Beauty YouTuber James Charles hits the town hairless, sporting what appears to be a bald cap"

This sentence is how I would have lost grandma a second time. pic.twitter.com/bzFTl13UI5

refreshed my tl and the first thing i see is dream calling james charles in a bald cap hot & then tagging george…. ok