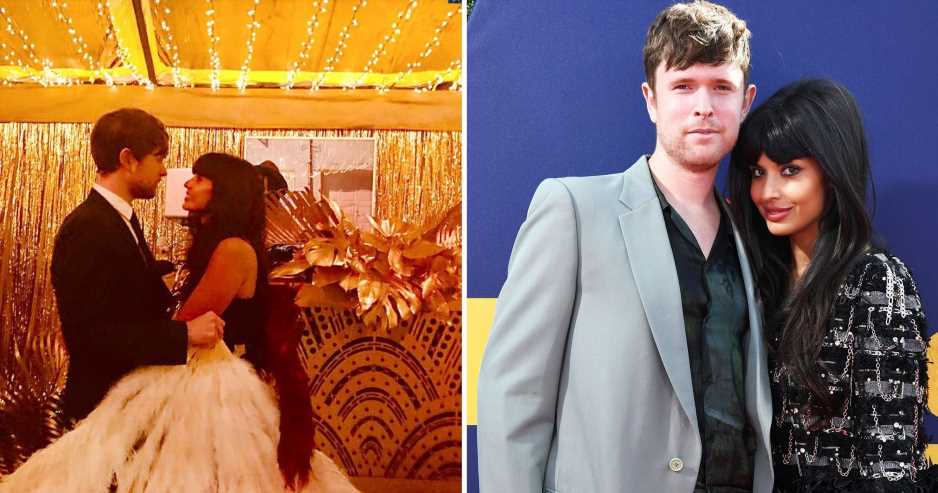 It’s no secret that Jameela Jamil and James Blake have maintained a thriving romance over the years. But the dynamic duo have kept their relationship under the radar, giving fans rare glimpses of their relationship on their own terms.

The Good Place actress began dating the Grammy winner in 2015. They first crossed paths at the body-positive activist’s former job, where she was employed as a DJ at BBC Radio 1.

Beginning in February 2015, the couple started to sprinkle clues about their budding courtship on their respective social media pages. However, they did not make it known they were officially an item until they celebrated their first anniversary in December of that year.

Although the pair usually refrain from public declarations about their love, there have been moments where the L.A. by way of U.K. transplants have spoken about being together.

Blake opened up the pairing during an interview with Time Out New York in 2016. “In terms of becoming more open, I guess I had help just by meeting somebody who was much more open than I was, and much more confident than I was,” he said at the time. “It helped me rise to the plate.”

Their admiration for each other is deep, as Blake revealed in January 2019 that his latest record, Assume Form, was inspired by his longtime love. The low-key pair have also stood by each other’s side at major events, including the Grammys and the MTV Movie & TV Awards this year.

The I Weigh creator hasn’t shared much about her dating history pre-Blake, but she did admit in a column for Cosmopolitan U.K. in May 2015 that she once, “fell in love with a man before realizing he was married.” In the post, she then chose to get “controversial” to say that “monogamy isn’t natural, especially not for men.”

The TV presenter evidently has since changed her tune as she’s happily dating the “Miles High” crooner.

Scroll below to take a look at the couple’s long and loving history together!