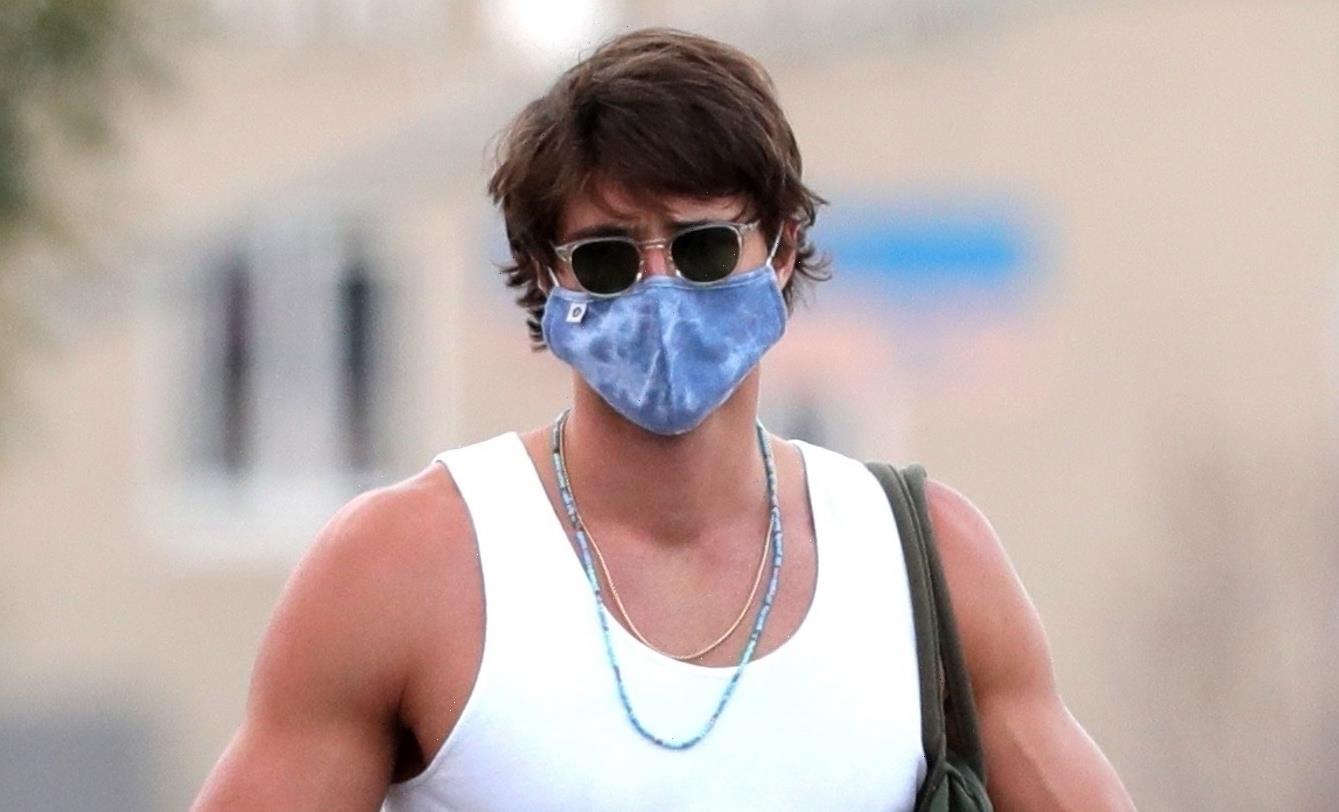 We have some hot new photo of Euphoria star Jacob Elordi to share with you all!

The 23-year-old actor put his toned muscles on display while leaving the Dogpound gym after his afternoon workout on Monday (April 12) in West Hollywood, Calif.

Jacob was seen wearing a button-down shirt over the tank top while arriving at the gym before the training session. A few weeks ago, he was spotted at the same gym with a famous friend!

You can watch Jacob in the first two The Kissing Booth movies right now on Netflix and the third movie will be released this summer. He talked about the possibility of a fourth movie last year.

The first season of Jacob‘s series Euphoria can be seen on HBO Max right now and the second season will hopefully debut later this year.

10+ pictures inside of Jacob Elordi at the gym…