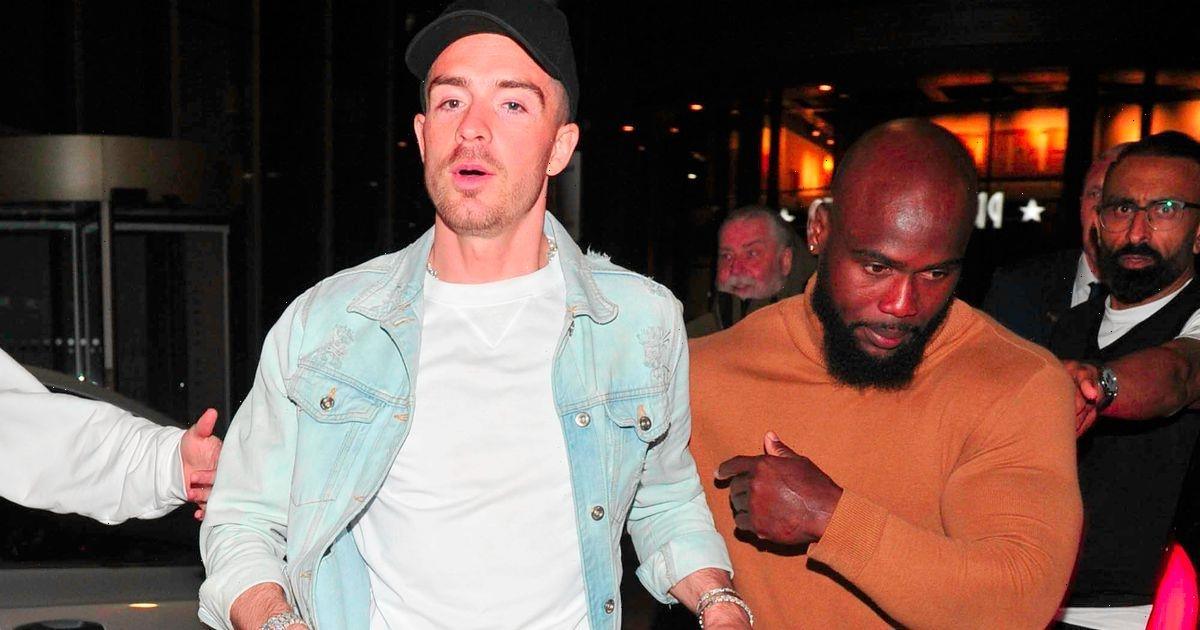 Jack Grealish was spotted out with his Manchester City teammates as they celebrated their fourth Premier League title in five seasons on Sunday.

The England winger, 26, looked like he'd been enjoying the partying as he left the venue at 3am.

After his side made a remarkable 3-2 comeback against his former club Aston Villa, Jack told the Sky Sports pundits how much the achievement meant.

He said: "I came here to win trophies, that's what I said when I first come here and when I come here I had a lot of family and friends say to me 'if you could win one what would you want to win' and for me it was always the Premier League."

Presenter David Jones later instructed former footballer Micah Richards to "look after him" on their night out.

Jack then left viewers in stitches as he demanded Roy Keane also joined him and Micah, 33, on their night out.

Former Manchester United player Gary Neville added: "If he is out, I am out."

But Roy, 50, quipped back to Jack: "I’m driving", which left the pundits in fits of laughter.

Giving you Premier League winner some advice he joked: "Keep off the top shelf, stick with beer."

But Jack replied: "Not for the next three nights, no chance, maybe four."

Roy responded: "Enjoy it Jack, enjoy it, why not. Fantastic, well done."

Before ending the interview Micah asked Jack to send a message to Gary's, 47, daughter Sophie.

He said: "Before you go, Jack, can you just say something to Sophie? She's Gary's daughter, she loves you!"

To which he obliged, saying: "What camera am I looking at? Hello Sophie, I hope you're bringing your dad out tonight, and we'll have a great night celebrating!"

Although the pundits decided to leave the night out for the players Jack was seen out in Manchester outside the Ivy.

He was sporting a light blue denim shirt, with a white T-shirt beneath and black ripped jeans.

He was also draped in accessories with his diamond watch, bracelets and rings catching our eye.

Ilkay donning a very similar outfit to Jack as he rocked a blue denim shirt, white T-shirt and black trousers.

Jack won over thousands of new fans last year, after his performance as part of the England team during the Euros.

He was supported at the tournament by girlfriend Sasha Attwood, who has since become a star in her own right by landing a modelling contract.