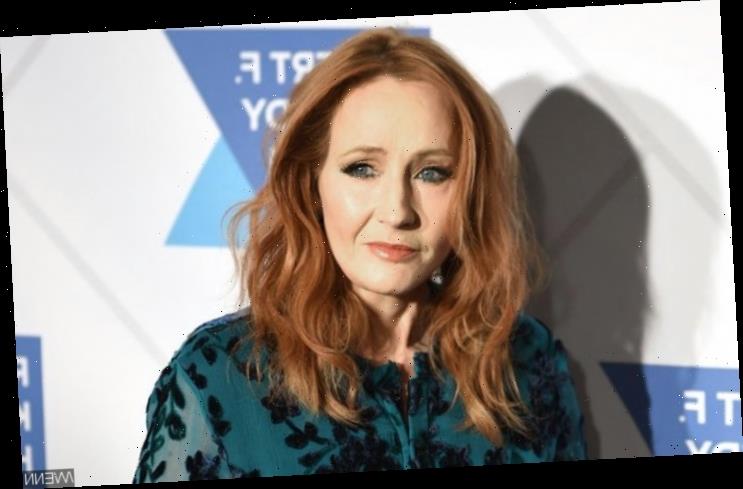 The imprints of the ‘Harry Potter’ author’s hands, which were installed outside of Edinburgh City Chambers, were smeared with red paint while a transgender flag was placed near it.

AceShowbiz -J.K. Rowling’s handprints in her hometown of Edinburgh, Scotland were vandalised over the weekend (July 11-12) following a “transphobic” row surrounding the “Harry Potter” author.

The writer had imprints of her hands taken back in 2008, and they were installed outside of Edinburgh City Chambers. However, after being caught up in controversy when she made comments that were deemed offensive by transgender people, red paint was splattered all over the usually gold prints over the weekend.

In addition, a transgender flag was placed near to the blood-like paint – making the point abundantly clear.

“We have been made aware of an incident of vandalism outside Edinburgh City Chambers,” a Police Scotland spokesperson said. “Enquiries are ongoing and anyone with any information is asked to contact local officers.”

Rowling hit headlines last month after questioning the idea that “sex isn’t real” in a series of tweets – comments she later explained but refused to retract in a lengthy blog post.

Activists called on her to be “cancelled,” with “Harry Potter” stars including Emma Watson and Bonnie Wright joined those criticizing her for the remarks, but Rowling has refused to back down – and even joined a large group of famous names writing an open letter denouncing cancel culture for Harper’s Magazine earlier this month.