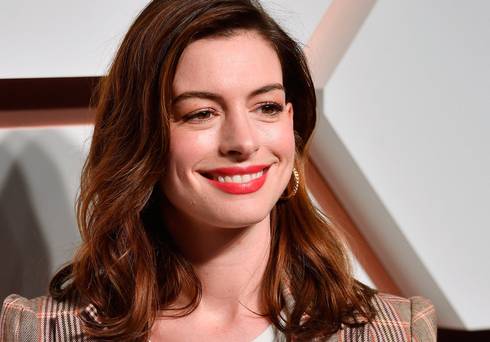 The 36-year-old actress already has three-year-old son Jonathan with her husband Adam Shulman, but has now revealed she’s set to become a mother for a second time, as the couple are expecting another tot together.

Posting a picture of her baby bump on Instagram, Anne wrote: “It’s not for a movie… #2

“All kidding aside, for everyone going through infertility and conception hell, please know it was not a straight line to either of my pregnancies. Sending you extra love (sic)” Anne’s pregnancy news comes after she recently said she plans to keep Jonathan away from social media when he’s older, because she believes he needs to know there is a “dangerous element” to the medium before he has his own online presence.

She said: “When he started to walk, I learned that I couldn’t leave a knife at the edge of the counter, I had to put it out of his reach until he understood that there was a dangerous element to it. I feel very much that way about social media.

“Ultimately, I am going to have very little control over how much my child engages with social media. But what I can do – and it does begin right now – is to make sure that he also has a sense of calm in the real world so that being away from his computer and his phone won’t give him a sense of anxiety when he is older, to teach him the pleasure of being bored occasionally, and to figure out ways to get himself un-bored. I think it’s a lesson we all need to learn.”

The ‘Hustle’ actress admitted she loves “anticipating” her sons needs and said it makes her feel “happiest” when she is with her family.

She added: “It’s those simple moments in life that make me feel happiest. I love the feeling when I offer my son a sweater and he takes it – just the notion of anticipating his need and having him realise, ‘Oh, yeah, that does feel good.’

“I love being at home with my family. I have to leave the home to work, so I don’t take for granted the times when I am at home.”