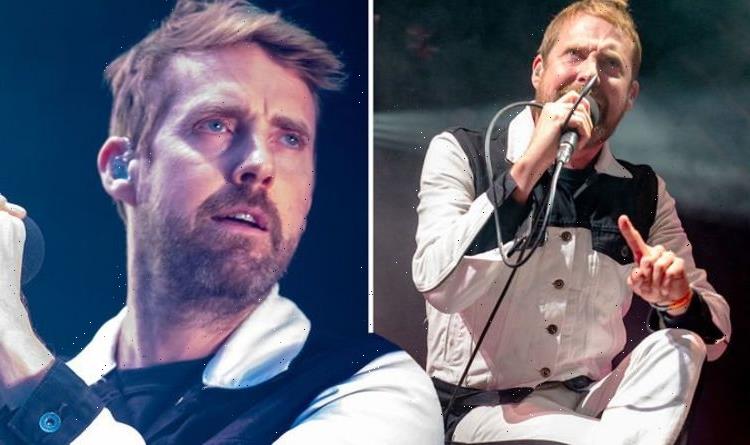 Kaiser Chiefs frontman Ricky Wilson was also met with a widespread of boos when he listed off the types of approved Covid-19 vaccines and asked fans to cheer for which one they had. The controversial moment certainly divided fans with many slamming his comments on social media.

Amongst the backlash was nutritionist Gillian McKeith, who branded him a “drug baron”.

Reflecting on the moment with Express.co.uk, Ricky said he didn’t realise it would cause such backlash.

He said: “I’m respectful of peoples’ views, I didn’t really realise it would cause so much upset by a group of people who are, let’s say, vaccine aware.

“I didn’t go into that thinking… well I didn’t really think. I was having a laugh.

“I know you shouldn’t really say that about something so serious, but it’s our coping mechanisms as a country that we see the lighter side of things and try not to take things so seriously.

“That’s how we get through it.

“I underestimate how much serious people take these flippancies.”

On whether he now felt he had to watch what he said, he added: “If I felt like I’d something wrong, I’d feel weird about it, but I don’t really feel like I did anything wrong.

At the time, the singer took to Twitter to address negative comments he received about the moment.

He wrote: “I thought that the virus was frightening, but the dedicated velocity of the ‘Vaccine Risk Aware’ community is swift, personal, harsh, expletive ridden and effective.

Others defended Ricky about the moment, including Marc Burrows.

He wrote as part of a thread: “I watched the Kaiser Chiefs clip that’s got the Anti-Vaxxers riled.

“It’s the sort of on-the-hoof-gee-up-the-crowd banter Ricky Wilson always does, it’s just about vaccines cos that’s what everyone’s talking about these days.

Happy added: “Come on, Ricky Wilson! I love it.

“Let the anti-vax mob whinge all they want. Good on him for bigging up the vaccines.”

Elsewhere during lockdown, Ricky created a dog he made out of old phone boxes as part of Three’s latest campaign.

The Kaiser Chiefs star developed a wider interest in art during the quiet period and has since encouraged others to do the same.

Ricky and Three UK are inspiring the nation to get creative with their old smartphone boxes this Black Friday.

To see Ricky’s design, with the rest of these amazing paper sculptures in detail and for a chance of winning one, visit @ThreeUK on Instagram.