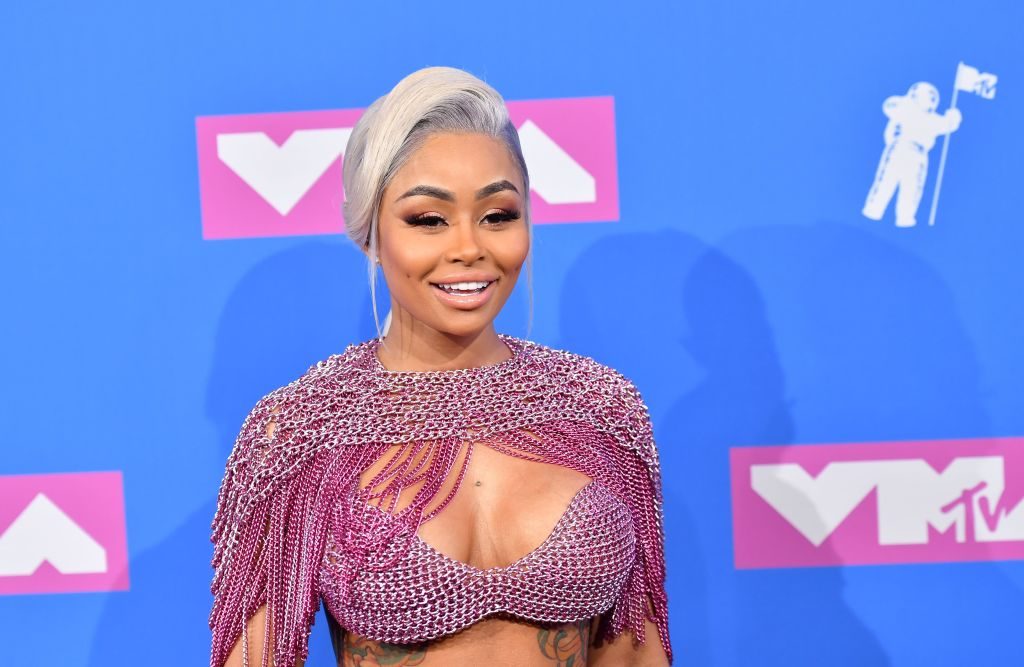 Blac Chyna is a bit of a controversial celebrity who is famous for being associated with some big names in Hollywood. She has been appearing everywhere around the internet in the past several years, thanks to her famous relationships and her feud with the Kardashian-Jenner family.

But outside of these headlines, many fans might not know what Chyna’s life is like. Where did she come from before she became famous and what has her love life been like recently? Could she be married? Read on below to learn more about Blac Chyna.

Chyna was born Angela White on May 11, 1988. She was born in Washington, DC, but grew up in nearby Maryland.

Her family did not have a lot of money, so as a teenager, Chyna could be found working at places like McDonald’s and Hooter’s. She also wanted to attend college, but since her family could not afford to pay for tuition, she began stripping to save up some money.

When Chyna finally made enough to get herself through college, she moved to Miami and attended Johnson & Wales University. Yet, it was here that she learned school might not be her calling. Chyna recalled “falling asleep all the time in class,” so she eventually dropped out.

She decided to go back to stripping full-time and, being in Miami, the clubs had a lot more wealthy and famous patrons than the ones back in her Maryland suburbs. As a stripper in Miami, Chyna became a star for her unique look. She earned a lot of fans who kept coming back to see her perform and she was also making good money.

Who did Blac Chyna used to date?

Chyna’s fame in stripping got her close to several hip-hop artists such as Drake, Nicki Minaj, and Kanye West.

In 2011, rapper Tyga began pursuing her, though she initially turned him down. However, she later appeared in his “Rack City” music video and the two of them started dating. Chyna and Tyga got engaged in August 2012 and later welcomed their son, King Cairo, in October 2012.

However, the couple did not last long. They broke up in 2014 and it was quickly reported in the media that Tyga had cheated on Chyna with her friend Kylie Jenner, which started a feud between the two ladies.

Nevertheless, Chyna moved on and, in a twist of fate, began dating Kylie Jenner’s half-brother Rob Kardashian. In November 2016, she and Kardashian welcomed a daughter, Dream. The couple even had a short-lived reality series together.

Things did not work out well for Chyna’s new relationship. She and Kardashian broke up in 2017, with both sides agreeing to share custody of their child. They seem to still be amicable and on speaking terms.

Blac Chyna is not married, but after her public relationships with Tyga and Kardashian, she has been seen with a few other men.

Most recently, she was dating rapper Kid Buu in late 2018 and early 2019. Sources said that it was not the healthiest relationship and the pair have since broken up.

In February 2019, she also dated Soulja Boy for a few weeks. According to TMZ, it’s possible that the two of them were together to get revenge on Tyga, who was feuding with Soulja Boy. However, they mutually broke up because they were not really seeing things eye to eye in the relationship.