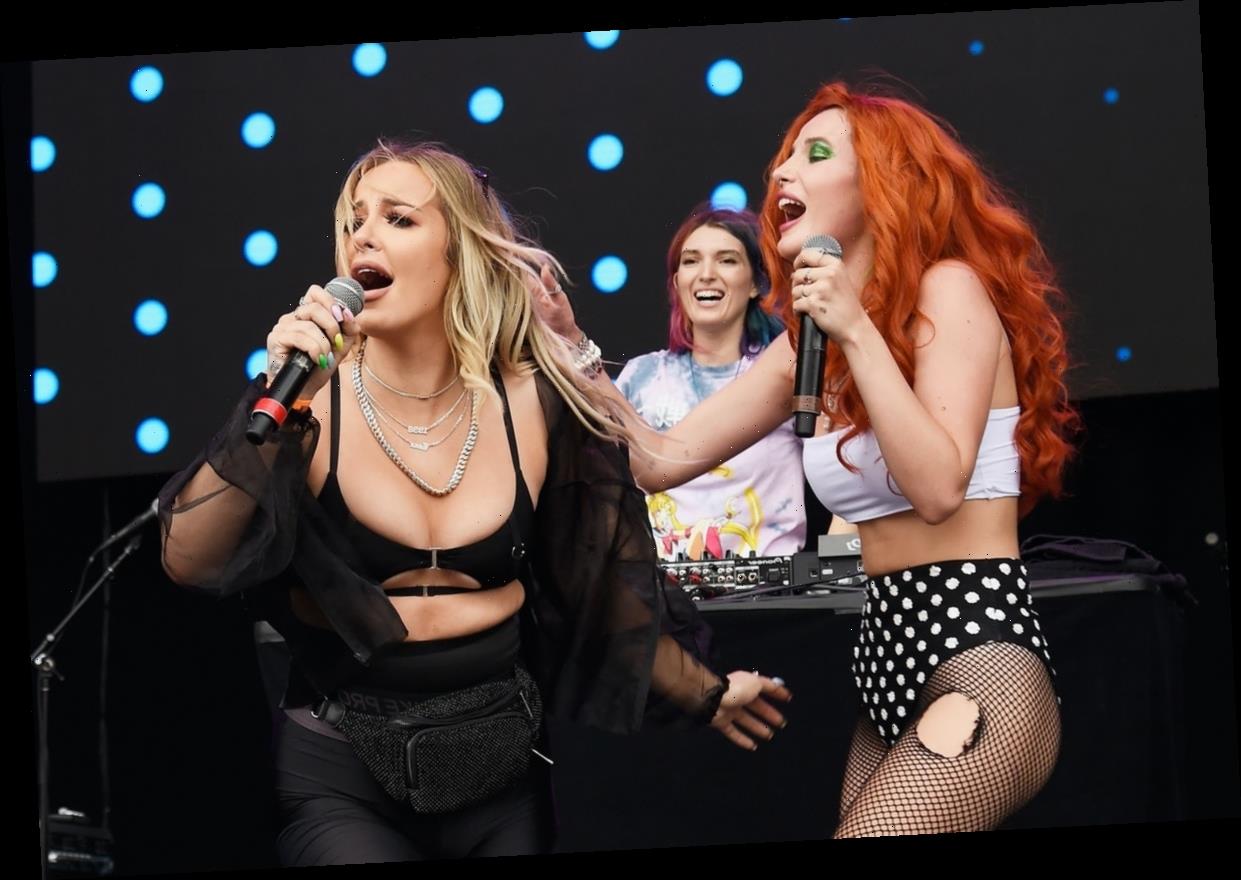 Sorry to disappoint if you were hoping it was, but Bella Thorne’s song "Stupid F*cking B*tch" is not about Tana Mongeau. And that’s coming from Thorne, herself. “It’s not [about Mongeau],” Thorne told Page Six on Feb. 18. “The song is about people in your friend groups.”

She continued, “Everyone kind of goes through this, where a new person comes in and you’re all, like, ‘Yeah, f*ckk yeah, I love this guy, he’s got great energy …’ and then that person slowly takes over your whole group, gets in there and things start to happen. You realize, maybe they’re not just friends with you because they’re being friends with you, maybe it’s these ulterior motives.”

In fact, Thorne went on to say that the song isn’t even about a woman. “I just thought the hook is super catchy with ‘stupid f*cking bitch,’ so therefore it sounds like it’s about a female but it’s not really just about a female, it’s about this perspective of people that everyone can really relate to,” she shared.

That said, she did later note that she enjoys writing songs about women because “everything about a female to me is just so intriguing.” She explained, “whether you’re writing about dating them or f*cking them or talking to them or just in general having a conversation with another woman, it’s so interesting."

ICYMI: Thorne’s "Stupid F*cking B*tch" includes shady lyrics like, “You wanted me for clout, and I should’ve thrown you out / But I never resist the way you bite your lower lip.” And the music video for the song featured an actress who seemed to share Mongeau’s blond hair and penchant for selfies.

Fans were quick to assume that Thorne had penned the tune for her ex. Mongeau, herself, even posted a video to her YouTube video on Jan. 3 titled, "Bella Thorne made a HORRIBLE song about me and we reacted to it.." In the video, Mongeau claimed that “Bella hired the new bitch she is f*cking to play me. Why are you dating a b*tch that looks enough like me?”

I mean, I definitely see how the confusion happened. But I guess it wasn’t about her after all!