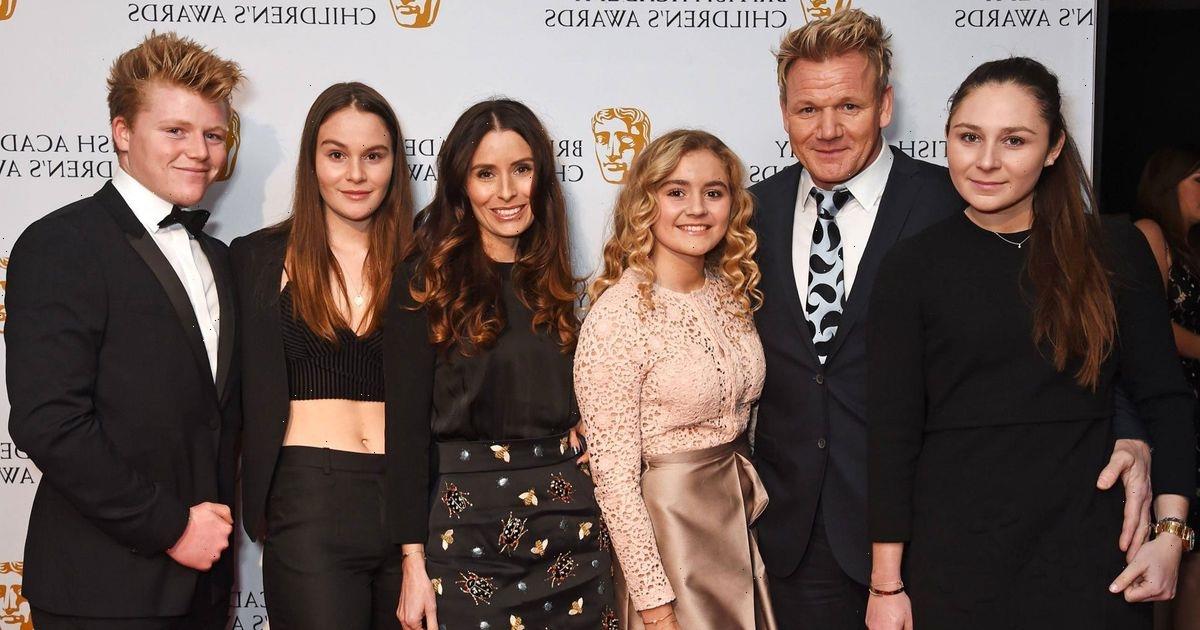 The five Ramsay children grew up in the company of the Beckhams and they may be on their way to creating their very own Brand Ramsay.

A rising star of the Ramsay brood, Holly, received praise from reality TV queen Khloe Kardashian after her photo on holiday in the Maldives.

The Keeping Up The Kardashians star praised Holly for looking "stunning" in her Instagram post before the TV chef's daughter celebrated her birthday this week.

This has led to popular culture expert Nick Ede predicting bright things for the future of the Ramsay children. The culture expert is quoted in The Sun stating: "The Ramsay family are certainly going in the same direction as the Beckhams and the Kardashians."

He continued: "They are in the perfect position to poise themselves for fame and fortune.

"The Ramsay name is world famous and synonymous with personality, class and perfection. Like David Beckham, Gordon is at the top of his field – he is the Beckham of food."

David and Gordon became friends when Gordon was hired to cater for their World Cup party in 2006, and their friendship only grew from there.

"It's a blueprint that has all the hallmarks of creating a dynasty of epic proportions," the expert continued. The most recognisable of the Ramsay clan is Strictly Come Dancing's Tilly.

The star already had a huge TikTok following before she appeared on the BBC show, but her stint on Strictly could potentially see her on the way to making millions of pounds.

A source told The Sun: "She has had loads of offers for endorsements and brand partnerships because companies can see how much appeal she has — especially because of the graceful way she has dealt with being shamed over her body."

The insider continued to tell the publication: “She’s an incredibly hard worker and is juggling university and the show so she will be weighing up her options carefully."

Meanwhile, her sister Holly broke the internet recently with her stunning photo of her while holiday in the Maldives.

But Holly is usually discussing important matters as host of the podcast, 21 and Over, a show that invites guests on to talk about mental health. The inspirational lady has discussed her own battles with alcohol in the past. Holly is the twin of brother Jack and the pair celebrated their birthdays with adoring comments from famous family friends Victoria and husband David.

Jack is one of two boys in the Ramsay children and is the spitting image of his dad Gordon. The chip off the old block has forged a career outside of the glamorous world of show business and has swerved working in a kitchen.

He recently celebrated choosing an even more disciplined role as he joined the marines and his dad beamed with pride over his achievement.

The proud father posted a photo of his son in uniform on Instagram and wrote: "Can’t tell you enough how proud I am of this young man Jack Ramsay you’ve made me feel like the proudest father today congrats on joining @royalmarines what amazing achievement."

Megan Ramsay is the eldest of her siblings and was the first to get a degree, graduating in the highly rated university Oxford Brookes in 2019. Like her brother Jack, Megan may not have a career in the TV studios, but may be moving in similar circles. The next generation's eldest sibling currently works for PR agency Freuds, as an account executive.

Nick Ede believes the eldest Ramsay child has a very bright future, claiming: "I can see a fashion brand picking her up and using her as a brand ambassador due to the strong engagement and also famous followers."

The youngest of the Ramsay family is the toddler Oscar, who shares the same floppy hair as his TV chef father. Despite just being able to walk, Tana and Gordon's adorable son does have a strong social media following. The tot currently has 325,000 followers on Instagram, in an account looked after by his two sisters Holly and Tilly.

There may be a career in modelling or hairdressing for the youngest of the brood, as Oscar was most recently snapped by his dad sporting a ponytail.

The current crop of Ramsay's certainly have a very bright future and there might even be more of them in the cards, as Gordon and Tana revealed number six could be on the way.

For all the updates about Gordon Ramsay and more sign up for our daily OK! newsletter