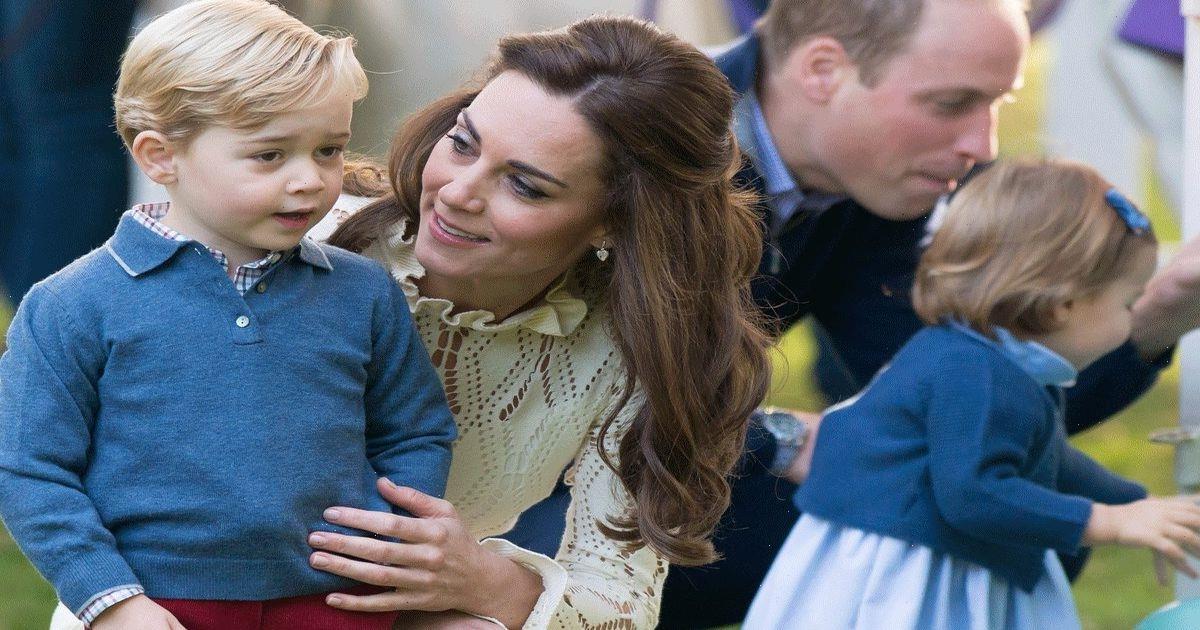 Prince William and Kate Middleton are set to move into the 'humble' four-bedroom Adelaide Cottage on the Windsor estate in the coming months, according to reports.

Kate, 40, William, 39, and their children, Prince George, eight, Princess Charlotte, seven, and their youngest son, Louis, four, will make the move to the Berkshire estate, which is just a few minutes' walk from St Georges Chapel at Windsor castle.

But what does this mean where schools are concerned? Well, it appears the Duke and Duchess have a couple in mind.

According to The Times, the couple have been doing their research on locals schools "for the past year."

Editorial director of Talk Education, Teddy Wolstenholme, told the publication: "One pupil at Lambrook was asked by the cheery future king how he’d rate Latin. And when Kate was looking round another school, Papplewick, a pupil told her that she looked just like the Duchess of Cambridge.”

Teddy predicts that the children will go to a school named St Andrew's in Pangbourne. This is where Kate went.

And a local resident told the paper: "Tt’s half an hour’s drive from Windsor, but they’re used to a long school run in London. It’s leafy, with a big sweeping driveway, a brand new sports hall and beautiful indoor swimming pool. And you have the option of being a day pupil or boarding.”

They also said it's a "yummy mummy scene," adding: "They all wear Sweaty Betty or Lululemon and drive navy Volvo XC90s with personalised number plates."

They continued: "If the kids went to St Andrew’s, Kate could go to the Pantry in Yattendon after school drop-off, where they do the best toasties and amazing cakes, or the Blackbird Cafe in Chapel Row, where the quinoa salads and cappuccinos are great.

"Plus, it’s very near to Kate’s parents in Bucklebury, so if she’s busy, granny and grandpa can do the school pick-up."

It's believed Ludgrove will be less likely due to the fact that it's single sex and boarding only.

The two eldest children will attend the same school it's rumoured, like they do currently at Thomas's Battersea.

And when they're older it's believed Marlborough College will be the location of choice as it's a popular choice for St Andrew’s alumni.

However, Teddy did add: "on’t underestimate the pull of the old school tie — Prince William was very happy at Eton, and the opportunities and facilities it offers boys are unparalleled." In their classic down-to-earth style, the couple are reportedly set to have no live-in staff, and after months of searching for the perfect property, have insisted that they didn't want anything "too showy" or "that needs renovating".

A source told the Sun: "Kate and William were very keen for a modest home to start their new lives in Windsor.

“They were adamant they didn’t want anything too showy or anything that needed renovating or extra security so as not to be a burden on the taxpayer.

“The added bonus is they can send George, Charlotte and Louis to school together locally. The three children will enjoy running around and playing in the gardens, which is the kind of life they enjoy so much when at Anmer Hall."

For all the latest on the royals, sign up to OK!'s Royals newsletter.