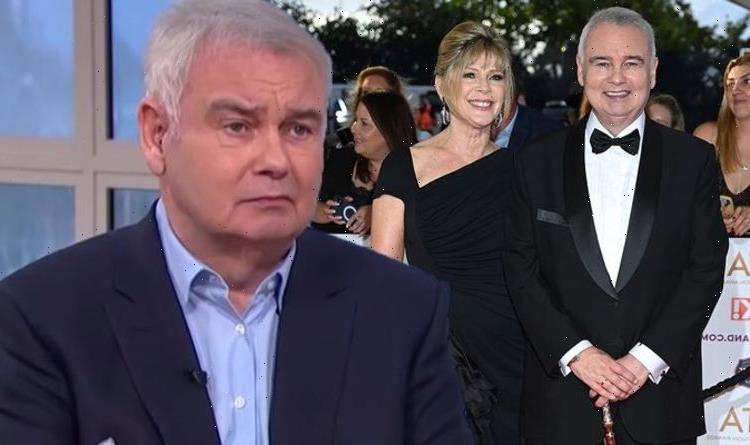 Eamonn Holmes, 61, has defended himself on Twitter after being accused by one user of avoiding paying equal tax to his fellow Irish star Kenneth Branagh. The This Morning host had a disagreement with HMRC last year over a £250,000 tax bill after he claimed he was a freelancer, and received payments from ITV through his limited company, called Red, White and Green, which reduced his tax bill.

However, the taxman argued that TV presenters are employees and so should pay income tax and national insurance.

This means they must pay up to 45 per cent tax and not 18 per cent corporation tax.

According to The Sun, Eamonn had filed to take HM Revenue and Customs to court over the bill.

He has said he was a test case and that others such as Ant and Dec may be targeted if he lost.

The TV host said: “‘I was in a court in central London for a week in June.

“I’ve been freelance for 28 years and that’s been okay. Now they’ve said it’s not okay.

“They have reinvented the rules in the past couple of years.

“There is nobody more freelance than me, but they are trying to prove our jobs are regular and guaranteed.

“They could go at any moment.”

A spokesperson for Eamonn said he “has always considered himself a self-employed freelancer and has never knowingly avoided paying taxes”.

However, one Twitter user took issue with Eamonn’s post yesterday as he attended the opening of Kenneth Branagh’s latest film Belfast.

The This Morning star wrote: “Ken Branagh was very emotional at his premiere tonight.

“He and I are a similar age and both grew up in North Belfast. I was emotional too.

“His Belfast was my #Belfast. Sometimes you have to look back to realise how far forward we have come. May we continue to do so,” he added.

In response to his post, one of his following typed: “Look back at your pay statements and tax returns more like, see if they match.”

However, Eamonn refused to let the accusation go without being addressed, and sent back a stern reply.

He stated: “They all do. None of that is the issue.  I hope Retrospective #IR35 taxation doesn’t come your way… actually scrub that.

“I hope it does because people like you won’t see the thievery, inconsistency of judgements and injustice involved unless they steal it from your pocket. “

However, the user explained they had also been hit hard by increases in taxation also, and responded: “Lol @ people like me, those commoners who held down 3 jobs on the front of Covid, whilst other’s drunk at home?

“Those people, the taxman hit me too, couldn’t afford the big account, and was always taught to pay my way, the world owes me no favours, thanks for engaging though,”(sic)

Eamonn finished by maintaining that he did in fact work “three jobs” during the past year.

He said: “I held down three jobs too… always have but apparently that’s not being self-employed or freelance. Well, it is for some depending on which judge you get #IR35.”

A representative of Eamonn’s has been contacted by Express.co.uk.