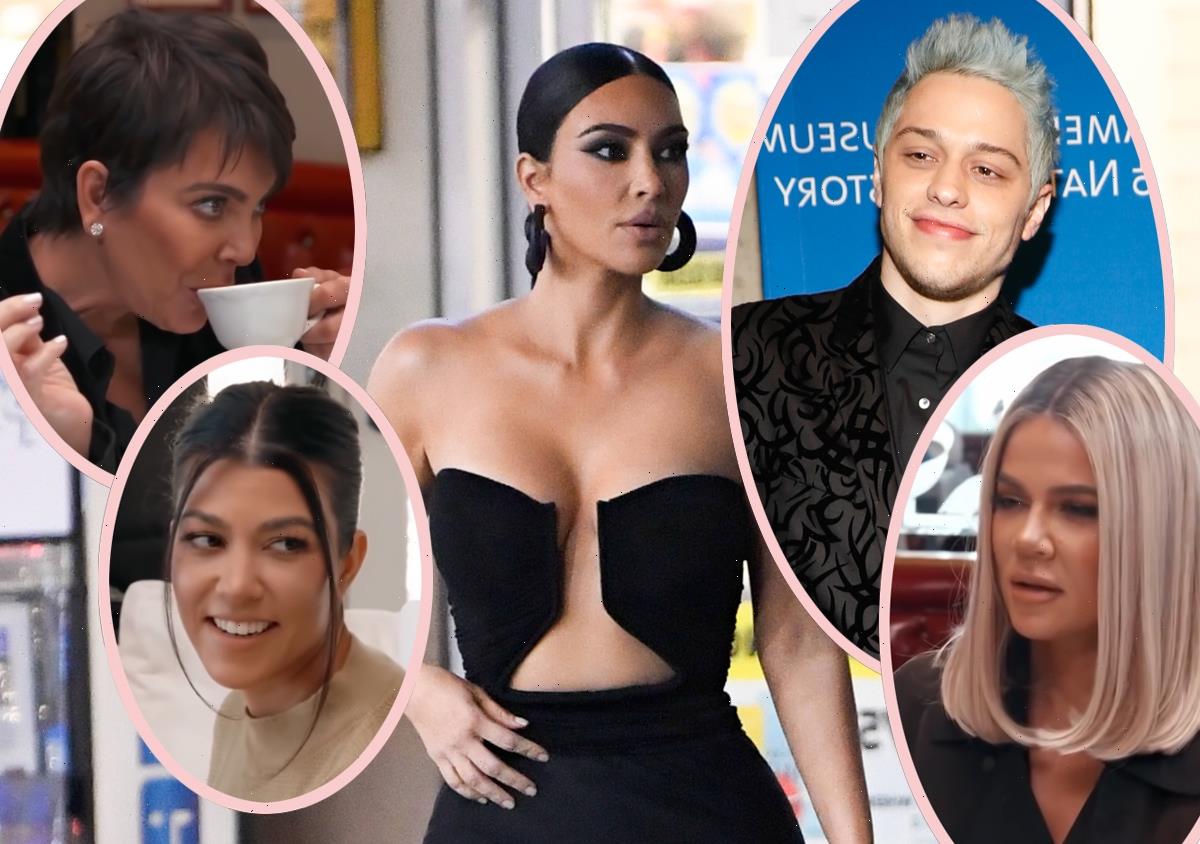 For Kim Kardashian, family is everything. So if she’s really getting serious with Pete Davidson — as we’ve heard, the two consider themselves to be officially dating now — what her family thinks is crucial.

Unfortunately it’s tough to keep up when Keeping Up With The Kardashians is no longer on the air, and the Hulu followup won’t air for months — not to mention we’ve heard Pete won’t be featured on it!

A source tells Page Six that no-camera strategy is likely to continue for Pim, too, explaining that the couple “want to keep it as private and low-key as possible”:

“They’re still getting to know each other, and want as little pressure as possible. They’re trying to keep it under wraps.”

The insider confirms at this time “there are no plans for any filming” with Pete for the new show. So yeah, going to be tough to get the inside info on how the whole family really feels. If only we had confessional cutaways in real life…

Thankfully there are always sources willing to dish on what they’ve seen behind the walls of the KarJenner clan.

A source spilled to Us Weekly on Friday, giving all the deets on the family’s opinions on the 28-year-old. The verdict?

“The family is happy for Kim, and they really have taken a liking to Pete.”

The insider reminded that through his interactions with Kanye West in the past, the SNL star has actually ventured into the Kardash circles before:

“A lot of the Kardashians met him in the past and have hung out with him, so he’s not like this new stranger that just entered into their lives. They think he’s funny and is fun to be around. He’s someone that just lightens the mood in the room.”

We absolutely have heard Pete’s sense of humor has enchanted Kim. Another insider told the outlet previously:

“No one can remember seeing her smile and laugh so much around a guy. He just has this ability to hold Kim’s total attention and have her in stitches with his hilariously dry sense of humor. He’s so down to earth and humble, which she really digs.”

Awww! The fam is really reacting to that change in spirits he’s bringing about in Kim. The first source adds:

“After the family has gotten to spend time with the both of them and hearing Kim being smitten by him, they really think it could be something serious and something that could be long-term.”

WHOA! That would be a big surprise for Pete. In the recent past he’s had very intense relationships, but also relatively brief. A candle burning twice as bright, that kind of thing.

Well, Page Six‘s insider insisted it’s not all that serious just yet. Even the official thing isn’t exactly concrete yet, says the source:

“They’re dating. There’s no formal title. They’re dating and getting to know each other — still figuring it out.”

However, they agree he’s been fantastic for Kim:

“He’s so funny and is a really good person. All of the friends love him. He’s the sweetest person… They’re having fun, and they make each other laugh. It’s really fun.”

Nothing wrong with fun! Especially after the couple years Kim has had!

And we’re glad to hear her family and friends are all on board! What do YOU think of the relationship??