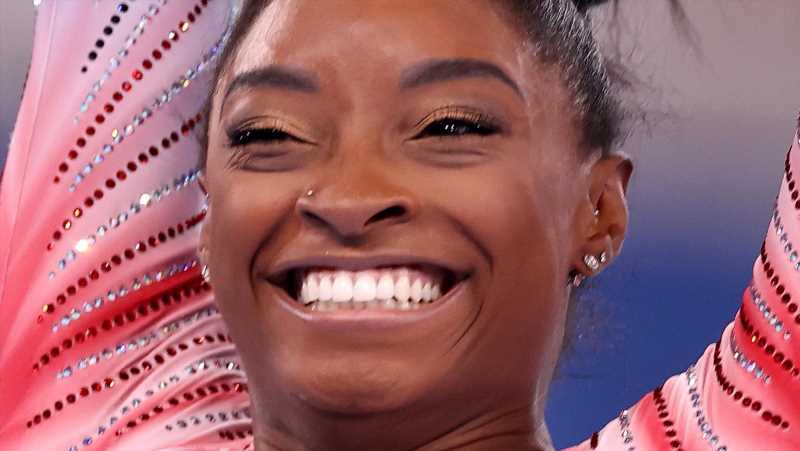 Simone Biles has undergone a stunning transformation since leaving Tokyo following the Olympics — and she proudly showed off her new look on social media. Biles has been happily documenting her return home to the U.S. from Japan on social media and even made a pit stop in New York City before touching down in her home town of Houston, Texas.

As reported by People, Biles was spotted having fun eating ice cream and doing some shopping, including treating herself to a new Louis Vuitton bag, which was no doubt very much deserved after she returned home with a bronze and silver medal. The athlete also shared a duo of photos to Instagram showing her sharing a sweet embrace with her family after arriving at the airport in the Lone Star State. “Houston, I’m home. Thanks for making sure I didn’t have to wait one more minute to see my family,” she captioned the snaps with a tag for United Airlines. The photos showed her hugging her nearest and dearest while surrounded by people holding American flags.

But after catching up with those closest to her, it seems like her next stop was a trip to the salon. Keep on scrolling to see how Simone Biles changed up her look after her Olympics success. 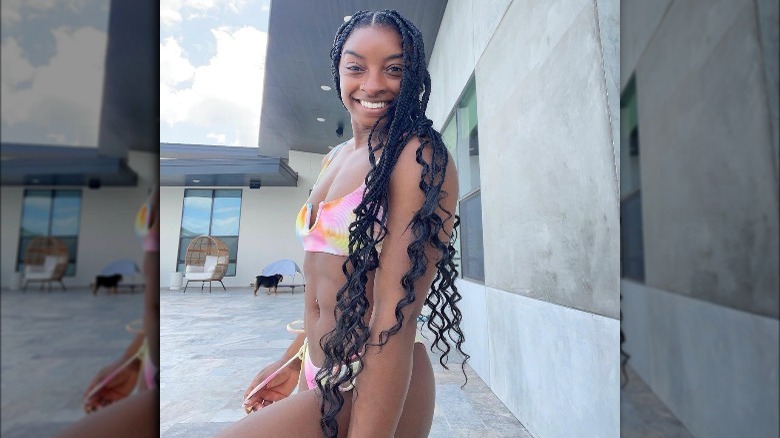 Simone Biles proudly showed off her new look on Instagram on August 8 as she rocked super long braids in a tie-dye bikini. The Olympian looked very happy in two gorgeous photos as she posed outside. The first shot showed her sticking out her tongue as her new ‘do cascaded over her shoulder and down her back, while Biles flashed her signature smile as she looked directly into the camera in the second. She captioned the photos “sweet like candy” with two candy emoji.

Fans clearly couldn’t get enough of her new look and made it very clear in the comments. “It’s the braids for me sis,” one person commented alongside three heart eye emoji. “Your hair is amazing!!!! Beautiful inside and out!” another person wrote, while a third fan commented, “Beautiful [two heart eye emoji] love that hair.”

The snaps gave her followers their best look yet at her new look, though she first debuted her braids on Instagram on August 6 when she shared a photo of herself cuddling up to her boyfriend, Houston Texans player Jonathan Owens, as he stood on the field in his uniform.

Biles doesn’t seem to have publicly revealed why she decided to change things up, though Cosmopolitan noted “there are many rules and regulations around how gymnasts can wear their hair” while competing. So, now Biles’ difficult time in Tokyo is over, we’re guessing she was ready for a change.