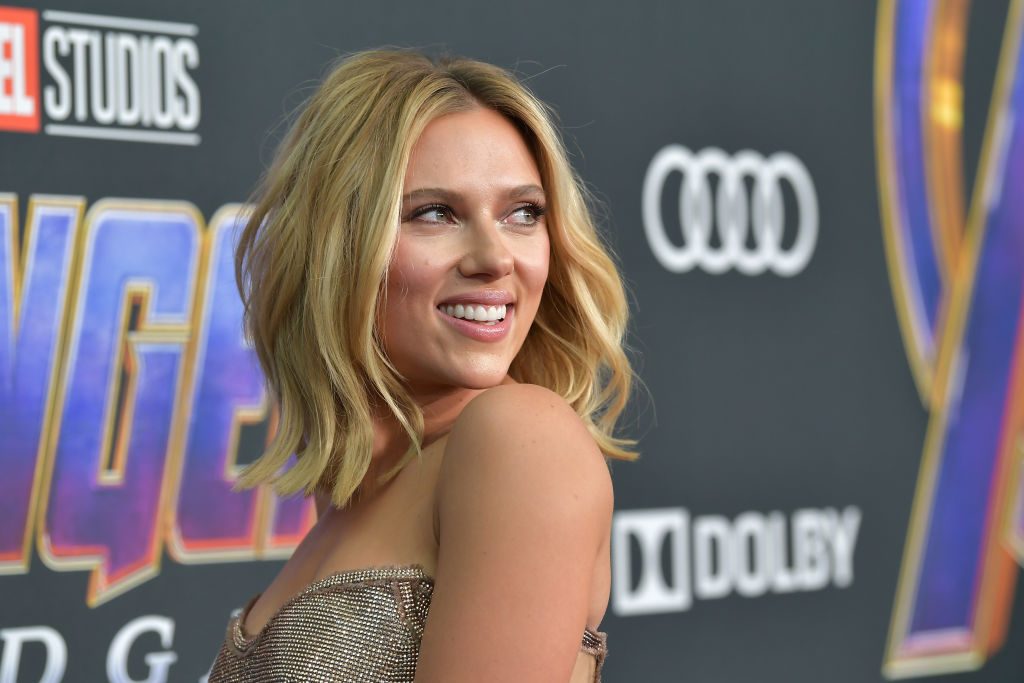 Scarlett Johansson didn’t just reveal Marvel MCU’s Phase 4 plans at Comic-Con over the weekend of July 19 — she gave fans a first look at the engagement ring she got from her boyfriend of two years, Colin Jost.

The ring features a massive light brown diamond and comes at quite a hefty price tag. So how much did Scarlett Johansson’s engagement ring cost exactly? Here are all the deets.

When Jost proposed to the Black Widow actress back in May, he did so with an artsy, 11-carat ring — and yes, you read that correctly.

“Scarlett’s 11-carat, light brown diamond looks to be a spin on two stone shapes, mixing an oval and pear to create an elegant egg shape,” jewelry expert Alicia Davis told Page Six Style. Because of its one-of-a-kind style and design, she believes the ring costs more than $400,000.

However, other jewelry experts have debated that number. Two experts told Elle that the price could range anywhere between $200,000 and $450,000 due to its unique design.

Page Six Style reports that the ring was designed by Taffin‘s James de Givenchy, who is the nephew of legendary designer Hubert de Givenchy.

How long have Johansson and Jost been together?

These two started dating back in 2017, but they met over a decade earlier on the set of Saturday Night Live. “The first time she hosted was the first year I was a writer on the show,” Jost told Entertainment Tonight in 2017. “So we’ve kind of known each other since then … she’s the best. I’m very happy, I’m very lucky.”

Now, after two years of dating, they’re ready to exchange vows and become husband and wife.

How this ring compares to the others

As you probably know, this is Johansson’s third engagement, but nothing is similar about her engagement rings. In 2013, Romain Dauriac popped the question with a vintage Art Deco sparkler, which featured three round diamonds.

They split in 2017 after two years of marriage. A source told Us Weekly that the decision to split was Johansson’s idea. “She felt like they didn’t have much in common as far as lifestyle,” the source explained. But the insider noted that the split was “amicable.”

In 2008, Ryan Reynolds went the traditional route, proposing to Johansson with a classic round-cut diamond placed on a yellow gold band.

They officially split in 2011 after nearly three years of marriage. She told Cosmopolitan in 2011 that her marriage to the Green Lantern actor was “the best thing I ever did” and the “right thing to do because it was natural.”

But she also admitted that the marriage was tough. “Being married is a living, breathing process. I think I was not fully aware of the peaks and the valleys,” she confessed (via Marie Claire). “I wasn’t prepared to hunker down and do the work… Both of us were extremely busy. We spent so much time apart. It’s very difficult.”

Well, you know what they say — third time’s the charm! Best of luck to Johansson and Jost on their new journey.