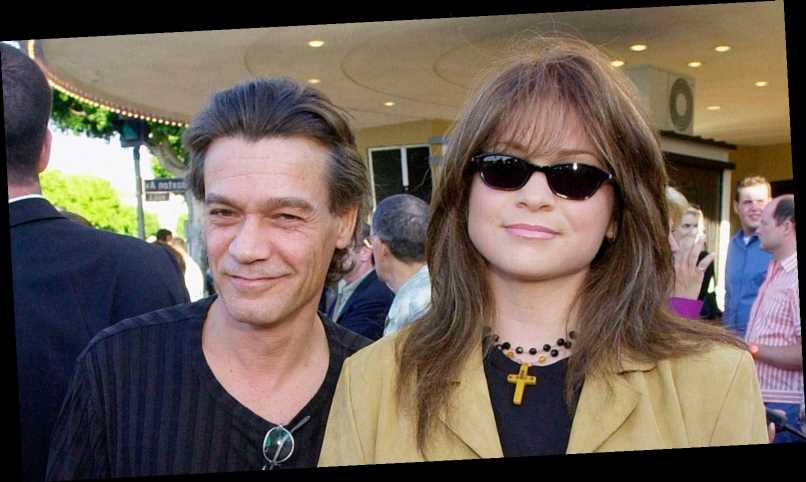 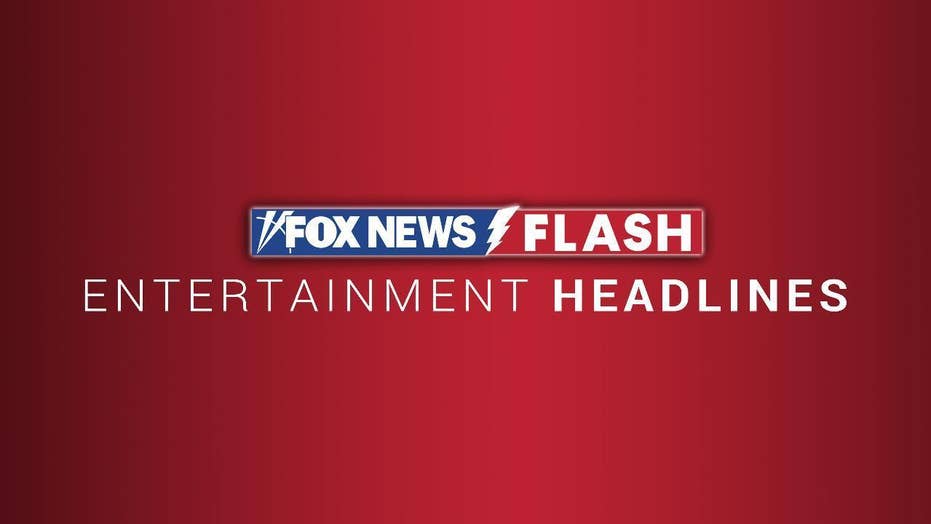 It was not the most auspicious of wedding-day omens: The drunken groom regurgitated into a toilet as his bride held back his shoulder-length hair.

Of course, in April 1981, guitar god Eddie Van Halen, then 26, and prime-time TV sweetheart Valerie Bertinelli were anything but your run-of-the mill couple. Apparently, though, they both knew how to handle Eddie’s penchant for overindulgence. Miraculously, he managed to keep his white tuxedo spotless. Valerie, 20 years old and already famous for starring as innocent Barbara Cooper on “One Day at a Time,” only needed to straighten her smashed beloved’s tie before they made a grand entrance at Grayhall mansion in Beverly Hills.

The two had met just eight months before, backstage at a concert by his band Van Halen — in the midst of what was then the most extensive continental rock ’n’ roll tour in history — and their courtship was a roller coaster. For one thing, the guitarist got walloped with a paternity suit while they were dating. He insisted that, while he did have relations with the other woman, it was before he met Valerie — and that the indiscretions that went down in his car on the Pacific Coast Highway were limited.

“You know I like a pretty face in my crotch,” he told Van Halen road manager Noel Monk, author of “Runnin’ with the Devil: A Backstage Pass to the Wild Times, Loud Rock, and the Down and Dirty Truth Behind the Making of Van Halen.” 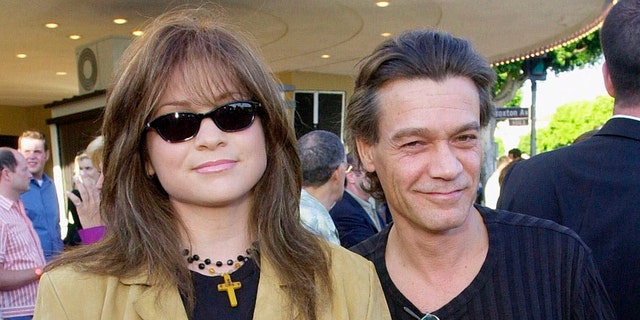 Although, Monk claimed, Eddie did ask him if it was possible to get someone pregnant via oral sex.

The case was eventually thrown out of court, yet it was far from the last time America’s early 1980s “It” couple would have it rough.

But, insiders said, when things were good, they were really good.

“They were a wonderful couple. They finished each other’s sentences and knew what the other wanted,” Bob Daitz, who road-managed Van Halen after Monk, told The Post. Not that Eddie was particularly hard to please. Daitz remembered Valerie dutifully making Eddie’s favorite meal: “Hebrew National hot dogs, cooked for 1 minute, 47 seconds in the microwave.”

Joel Selvin — who co-wrote the memoir “Red: My Uncensored Life in Rock” with later Van Halen vocalist Sammy Hagar — recalled running into Valerie and Eddie backstage at the 1983 Us Festival, which Van Halen co-headlined. As The Clash revved up on stage, Selvin found himself sitting with the couple on an equipment trunk.

“Eddie had a bottle of Jack Daniels; I had a bunch of joints,” Selvin told The Post. “Valerie drank as much as he did and Eddie was hilarious. He was bombed. A guy came over and wanted an autograph on the back of his shirt. Eddie took a Sharpie and wrote his name as large as he could.” The lovebirds “were like a couple of teenagers, drunk at a rock concert.”

But his bad-boy ways would, inevi­tably, corrupt the TV star and eventually break her heart.

Eddie was born in the Netherlands to a Dutch jazz-musician father and an ­Indonesian mother. When he moved to California at age 7, he didn’t speak English, but quickly made up for lost time.

He picked up the guitar early and was only 17 when he formed Van Halen along with his drummer-brother Alex, bassist Mark Stone (later to be replaced by Michael Anthony) and singer David Lee Roth. “He spent his whole life as a rock star and had never been anything but that,” Martin Popoff, author of “Unchained: A Van Halen User Manual,” told The Post. “Since his young teens in Pasadena, he was lauded as a star.”

In control of his sound, Eddie could not handle the substances that ran roughshod over his life. It’s a trait passed on to him by his father, Jan. “I’ve heard about Eddie discussing his father’s drinking being a family struggle,” Greg Renoff, author of “Van Halen Rising,” told The Post. “A famous story Eddie told about his acclimation to alcohol was that [as a kid] he got bit on the hand by a German shepherd and was bleeding. His father gave him a cigarette and a shot of vodka and told him he would be fine.” 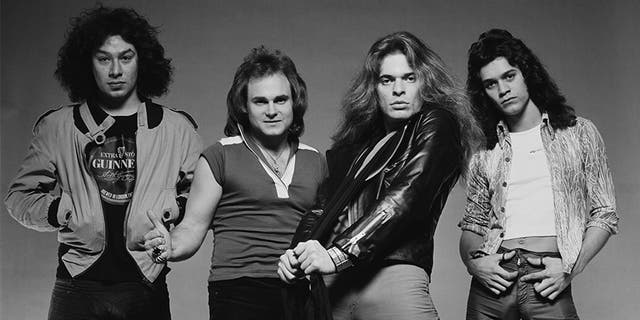 Playing 132 live gigs a year by 1980, Eddie relied on all the rock-star trappings to keep himself entertained. He reportedly stashed lines of cocaine atop his amplifier during concerts and had a drug dealer who’d travel to him, anywhere in the world, with the finest ­Peruvian powder.

Groupies were also a regular part of life, even if it didn’t always involve ­actual sex. According to “Runnin’ with the Devil,” Eddie and his bandmates once entertained a pair of naked girls known as the Ketchup Queens, dousing them in the condiment.

Drugs and music soon took priority over Eddie’s marriage. When Valerie joined him on the road, Eddie reportedly had her sleep in an adjoining bedroom so that he could stay up all night with his booze, cocaine and guitar.

At first, the actress tried to keep up — and, perhaps, compete with groupies — and began using cocaine herself.

“Ed likes me skinny,” she explained to Monk’s fiancée.

But she overdid it and things got out of control to the point that even Eddie noticed. He implored her to stop snorting and start eating. In her 2008 book, “Losing It,” Valerie writes about her then-husband taking her for a chili cheese dog and fries and adds that he helped “save me from a serious eating disorder.”

By 1984, she writes, “I was done with coke. I didn’t like the way it made me feel.” She also didn’t like the effect it was having on her marriage. “It made sense that I was angry,” she writes. “It wasn’t one thing or ­another as much as it was everything together. There was a lot going on: Ed’s fights with Dave [David Lee Roth], Ed’s drinking and coke, his obsessive work habits.” 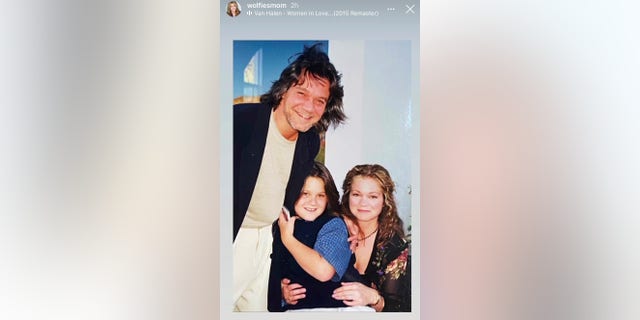 Valeri Bertinelli, ex-wife of Eddie Van Halen, shared a throwback photo featuring herself, the rocker and their young son Wolfgang on her Instagram story on Wednesday.
(Valerie Bertinelli/Instagram)

Valerie’s “One Day at a Time” co-star Mackenzie Phillips recalled in her own book, “High on Arrival,” Eddie and Valerie dropping by her Manhattan loft for champagne. Eddie nipped into her bathroom “and proceeded to Hoover up most of my coke,” Phillips writes, adding that he whispered to her: “Don’t tell Val.” In the elevator, “Eddie dropped his smokes. When he leaned over to pick them up, about 15 Quaaludes fell out of his pocket. Val was pissed. But we [Mackenzie and Eddie] must have taken them . . .”

Ratt singer Stephen Pearcy recalled in his autobiography how Eddie, a neighbor, would ask him to hide bottles of vodka in the bushes outside his house — so Eddie could come by and grab them without Valerie knowing.

The couple’s son, Wolfgang, was born in 1991, but parent­hood did not resolve their problems.

Through the 1990s, the couple’s marriage slowly unraveled. Hagar wrote about a bombed Eddie knocking on his door at 2:30 a.m., demanding that they write a song together and admitting that ­Valerie kicked him out for the night.

By 2000, the actress had reached her own rock bottom. Eddie had undergone a frightening spate of medical maladies, including a hip replacement at the age of 44 and a diagnosis of tongue cancer, leading him to swear to her he had quit using drugs and alcohol. She believed him — until she found a folded-up bindle of cocaine his wallet. 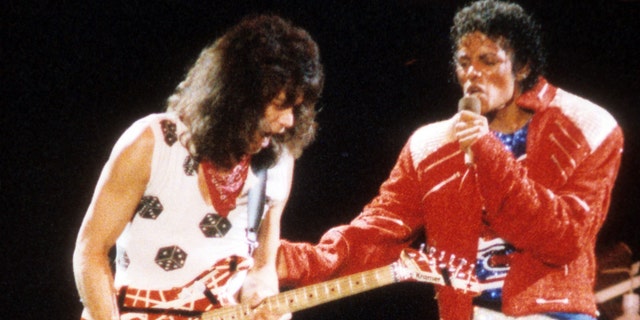 Eddie and Valerie split in 2001 and their divorce was finalized five years later.

“There’s no question that Valerie had strong feelings for Eddie,” Selvin said. “I don’t know that she got sick of him. But I do think she got sick of the alcohol and the drugs.”

Left to his own devices, according to Hagar’s book, Eddie was an unrequited mess. The singer recalled visiting his former bandmate’s 16,000-square-foot home. “It looked like vampires lived there,” Hagar wrote. “There were bottles and cans all over the floor … There were spider webs everywhere. He had big blankets thrown over the windows … I had never seen a dirtier place in my life.” 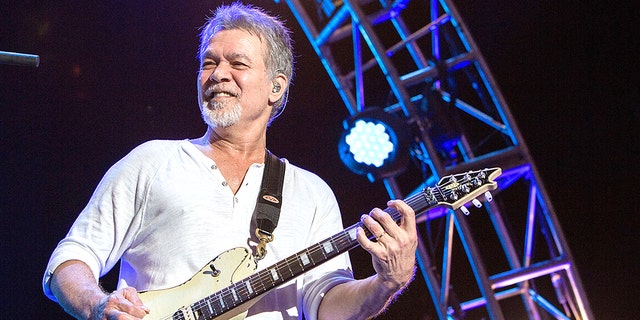 Despite reports that Eddie was worth an estimated $100 million, Hagar described the rock star’s digs as “like a bum shack.”

But, Hagar pointed out, most disturbing was that the man who had only recently overcome cancer seemed addicted to alcohol and cigarettes. The vocalist wrote, “He was missing a number of teeth and the ones he had left were black … He walked around all day, drinking cheap Shiraz out of the bottle. That’s why his teeth were all black.”

When Hagar suggested that Eddie use a glass, the guitarist hoisted his bottle and replied, “It’s in a glass.”

Over the ensuing decade-and-a-half, though, Eddie seemingly got it together. He married Janie Liszewski, a Hollywood stunt woman, in 2009, with Valerie in attendance. Likewise, he was a guest at her second wedding, to financial planner Tom Vitale, two years later.

Eddie was also a major presence in the life of Wolfgang, now 29. The two teamed up in Van Halen in 2013, with Eddie and Valerie’s son taking over bass duties. “I’m coming into my own,” he told Guitar World about performing on stage with his dad. “I really feel like I’m supposed to be doing this and that I have something to prove.”

Eddie had reportedly been clean and sober since 2008. “I thank God on my knees that I’m alive and obviously to be sober and to be working with my son,” he told Rolling Stone in 2009. “I’m so damn blessed it’s beyond words.”

But the most touching of all was from Valerie. Tweeting a vintage photo of the couple posing with their newborn son, she wrote: “40 years ago my life changed forever when I met you … I’m so grateful Wolfie and I were able to hold you in your last moments. I will see you in our next life my love.”