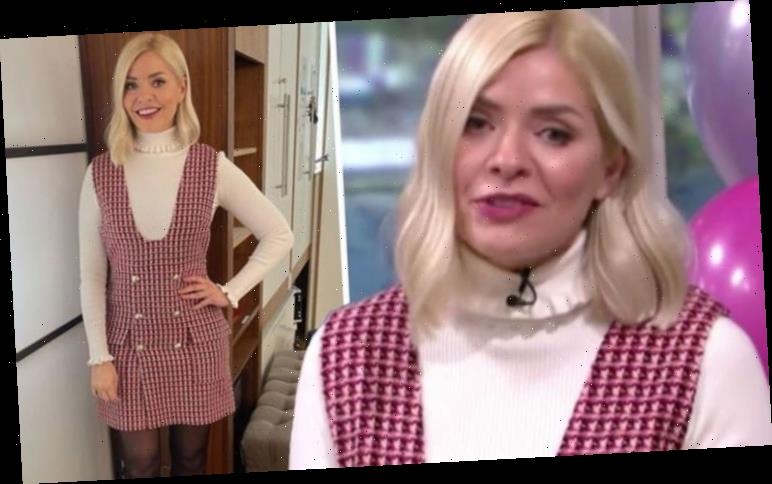 This Morning: Holly reveals her birthday plans are cancelled

Holly Willoughby turns 40 next week but because of the coronavirus lockdown, she is unable to celebrate the milestone with a party as planned. The gutted mum-of-three revealed she had cancelled her big bash during an appearance on This Morning today.

Presenting a segment on how to celebrate a birthday in lockdown, Holly told her co-star Phillip Schofield that it felt “bittersweet” ahead of her own special day.

Holly celebrates her birthday on February 10.

She was hoping to spend the occasion with friends and family, but the ongoing coronavirus pandemic certainly put a stop to that.

Despite her obvious disappointment, the presenter said that she will be happy as long as she gets to have a drink and a slice of cake on her big day. 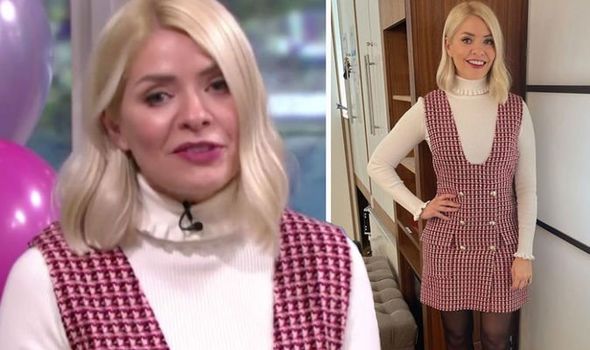 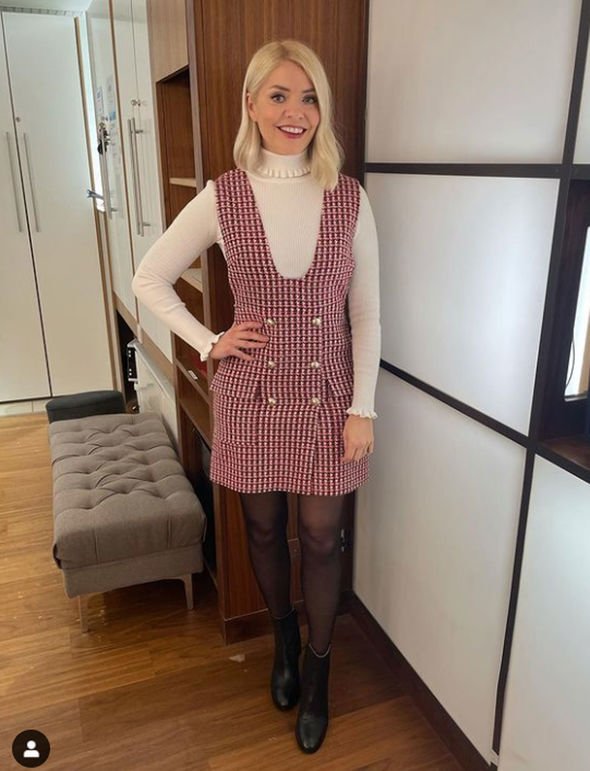 During the feature, Holly said: “This is a bit bittersweet for me because next week it’s my big 4-0 and tomorrow night I would have been having a big party that I had to cancel.

“So it’s obviously going to be looking a bit different. And it’s fine.

“In the grand scheme of life as long as I’ve got cake and a drink, I will be happy,” she told ITV viewers.

Although she did shed mock tears when Philip spoke about past birthday celebrations. 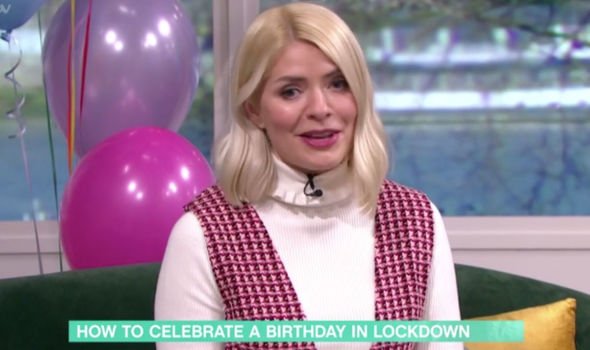 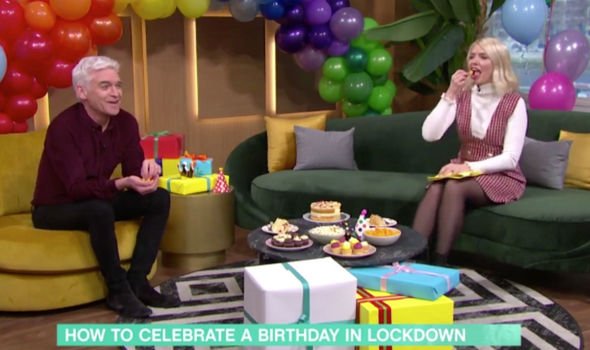 Introducing the segment, he said: “Now the days of heading out for afternoon tea, enjoying drinks with friends, or jetting off for a city break might be on hold at the moment – I don’t even remember any of that – but that doesn’t mean that celebrating a birthday during lockdown can’t be special.”

Holly pretended to cry as he reeled off the list of things that she could have been doing had things been different.

Instead of a party, the Dancing On Ice host will mark the occasion at home with her husband Dan Baldwin and their three children.

The couple are parents to Harry, 11, Belle, nine, and Chester, six.

Holly previously said that she was looking forward to her 40s and the chance to focus on herself again after spending her 30s nurturing her young children.

Last summer she said: “I turn 40 next year and I have to say, I’m really looking forward to it.

“My 30s have been all about the kids – bringing them up, keeping all these balls afloat – but now they’re getting older, there’s a bit more space where I can start focusing on things that are happening for me.

“I see my 40s as a chance to find myself again and figure out who I am,” she told Red magazine.

True to form, Holly looked stylish for her stint on TV today.

She opted for a chic dress from Maje which was teamed with a cream roll neck with pretty frill detail.

The mum-of-three completed her look with a pair of black tights and boots, while she wore her hair in loose curls.