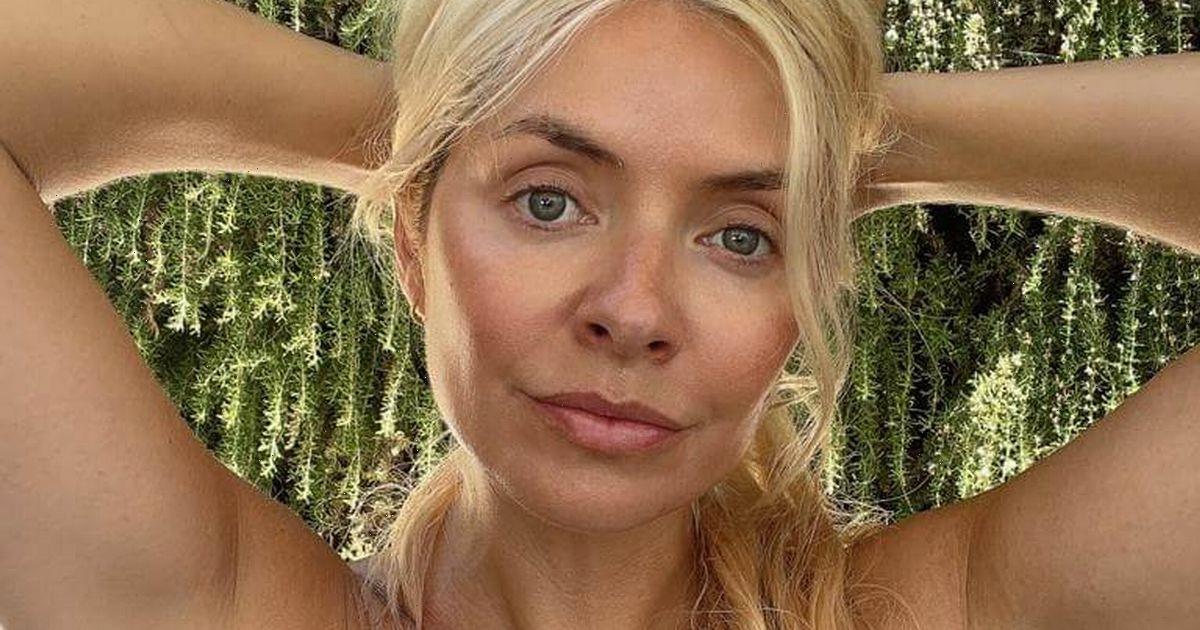 Holly Willoughby has given her fans a peek inside her lavish sun-soaked holiday after sharing a series of holiday snaps on her blog and lifestyle platform Wylde Moon.

The TV personality is currently taking a much needed summer break from her presenting duties on ITV’sThis Morning and has since been making the most of her time off by relaxing in the great outdoors.

After recently wowing fans with a rare make-up free selfie, the 41 year old has now shared a series of additional snaps from her summer getaway, dubbing them the “blissful moments” from her month so far.

Taking to Wylde Moon’s monthly moodboard, the presenter encouraged her readers to “relax and recharge” this month amid the hustle and bustle of everyday life.

In one of the photos, a fresh-facedHolly showed off her new long blonde locks as she ran her fingers through her hair while wearing a trendy blue gingham bikini top.

In another, the mum-of-three could be seen basking in the sun as she lay on a sunlounger. In the snap, she wore an off-white bandeau bikini top and a pair of tortoise shell sunglasses.

While on holiday, Holly also revealed that she’d spent some time sailing the sea on a boat trip and had been busy reading a series of books beside the pool too.

In one selfie, the TV star shared a selection of holiday reads including Storyteller by Dave Grohl, The Twits by Roald Dahl and The Seven Husbands of Evelyn Hugo by Taylor Jenkins Reid.

Captioning the photo album, she wrote: “The August Moonboard captures blissful moments from my summer with the family and inspiration I’ve found along the way.”

On her blog, Wylde Moon founder Holly also explained what the word bliss meant to her, with much of her definition being fulfilled by her summer break.

“August is a time for a calm; to replenish our internal energy stores, relax and recharge. To that end, we give you The Bliss Edition,” she wrote.

“To experience bliss will mean something different to everyone. For me it is very simple. It means slowing down… almost to a complete stop; it's uninterrupted time spent with my family; it's cooking our favourite meal; it's having the headspace to be transported by a good book; it's a guilt-free lie in mid-week!

“Wherever you are this summer, enjoy each other as much as time will allow and charge up your batteries in the sunshine.”

To mark their time together, Holly took to Instagram and shared a black and white throwback snap of herself swimming underwater on what one would assume to be her honeymoon, as her bikini bottoms read "Mrs Baldwin" in glitter.

Alongside the snap, Holly paid tribcute to her TV producer husband as she wrote: Mrs Baldwin 4ever…" and she added the hashtags '15yearsmarried' and 'love'.