For the last century, the tank has been the decisive arm of land warfare. Heavily armed and armored, tanks are designed to slash through enemy lines on the way to victory. Many countries have tried to solve the tank’s main deficiency, a lack of strategic mobility, by literally making tanks that could fly.

Unfortunately, they’ve all crashed and burned.

The tank came to life in 1915 as a way to break the deadlock of trench warfare on the front lines of Western Europe. Although early tanks were slow and unreliable, rapid wartime development led to fast, powerful tanks that could dominate the battlefield, striking fear into the hearts of lightly armed defenders.

For all their powerful pros, however, tanks come with one major con: it’s really friggin’ hard to move them. Since tanks pack main guns and protective armor, they typically weigh many tons and are completely dependent on other vehicles to get them to the front lines. Armies typically move tanks to the front by train, large truck, or even ship. 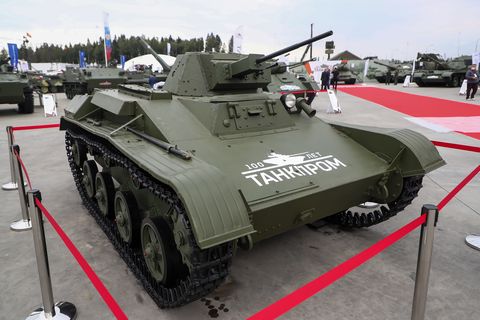 That’s why, during World War II, the Soviet Union and Japan both attempted to build flying tanks, per Interesting Engineering. Both countries ruled over a massive area; the Soviet Union covered 12 time zones across Europe and Asia, while Japan had conquered large amounts of China, Southeast Asia, and the Pacific. Getting tanks to remote areas was a serious problem, especially since neither country had developed large transport aircraft.

For their flying tank, the Antonov A-40 unpowered glider, the Soviets attached a wing and tail kit to a T-60 light tank. The A-40 could fly by being towed into the air behind a larger aircraft, but only with ammunition and other equipment removed. Although the flying tank technically worked, the Red Air Force lacked the planes to tow the craft into combat and ultimately shelved the program. 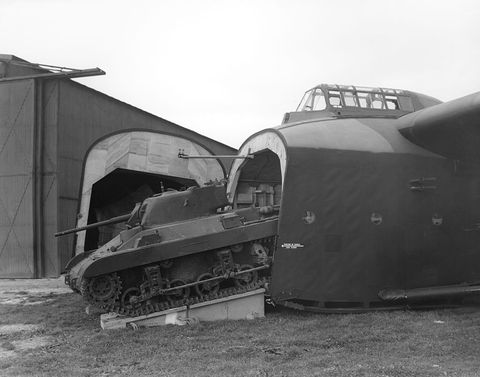 Japan worked on a similar concept, the Special No. 3 Flying Tank, while the U.K. built a glider called the “Baynes Bat,” which could theoretically carry a tank. Neither project came to fruition.

The most successful attempts to airlift tanks involved the U.S. and the U.K. building large gliders capable of carrying a variety of cargoes internally, including the M22 Locust and A17 Tetrarch light tanks. 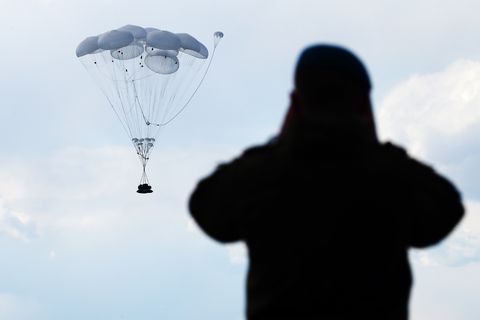 Today, the flying tank concept is largely dead. Russia’s airborne forces are lavishly equipped with the BMD airborne infantry fighting vehicle. Although the BMD is a tracked vehicle with a turret, it’s actually more of a people-mover designed to speed paratroopers to their objective while retaining some capability to kill tanks.