“I wanted to do Captain America meets West Wing more than anything,” reveals What If… executive producer and head writer A.C. Bradley today on Deadline’s Hero Nation.

You can listen to our intriguing conversation with Bradley here:

“I wanted the walk-and-talks, the full Aaron Sorkin treatment,” Bradley tells us, “It was literally who would be the Josh Lyman? Who would be the C.J. Cregg? We were playing around with it for ages. It was something we did over beers, me and (writer) Matt (Chauncey) because we’re huge Sorkin-heads. But it was the one that hit the cutting room floor or the idea room floor. It’s a super talky-episode, there’s not a whole lot of action.” 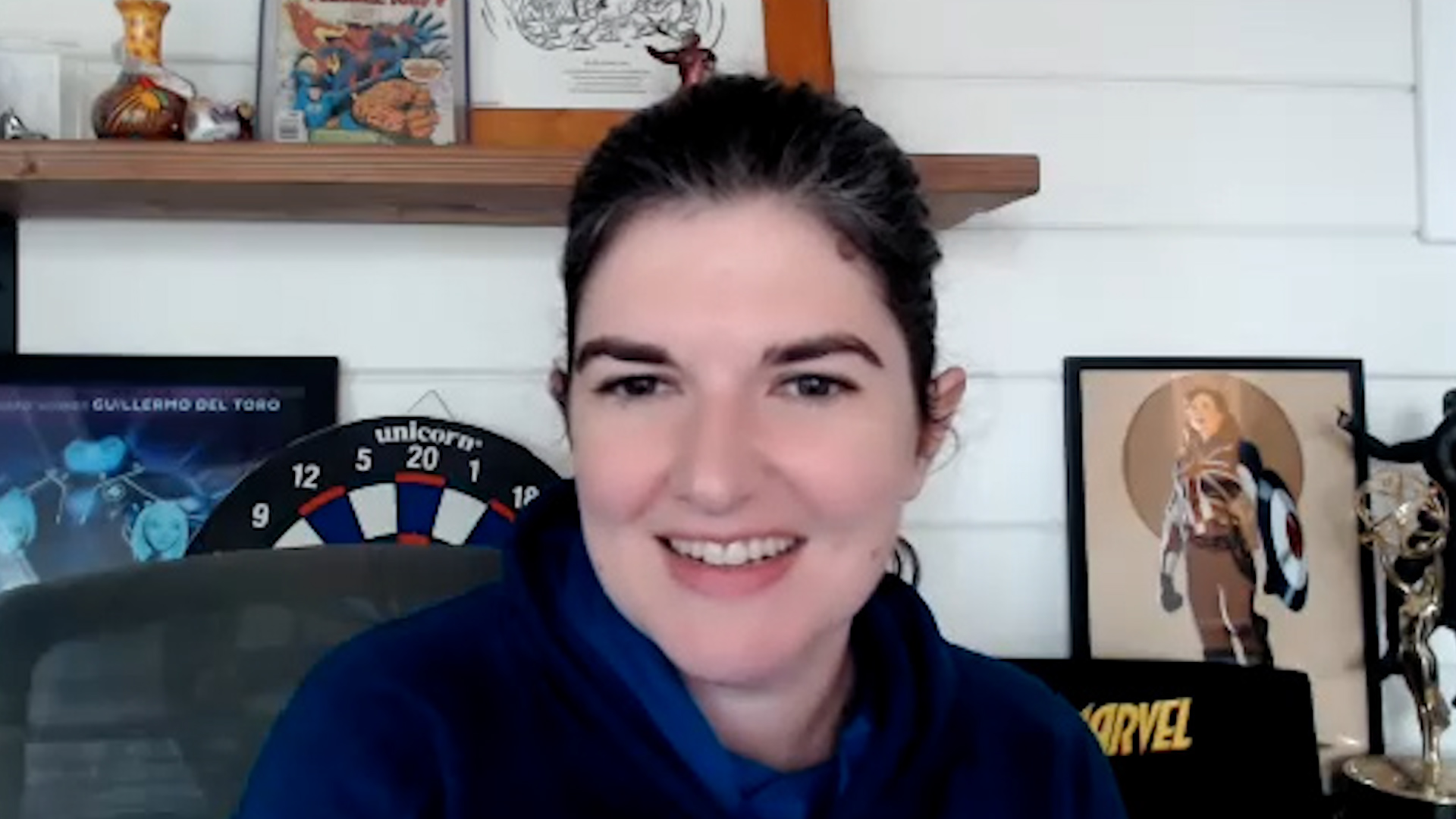 We talk with Bradley about show she’s built the first MCU animated series, how she’s dovetailed and complemented the greater MCU, and when she’s found inspiration from the original What If comics and when the writing staff has just gone completely fresh. For example, this week’s episode, “What If…Thor Were an Only Child?” sprung from being a comical oasis in the wake of more serious episodes like “What If… Doctor Strange Lost His Heart Instead of His Hands?”.

“That came from let’s do something fun and silly; one of the mandates for that one is we’d love to have a Thor vs. Captain Marvel fight. How do we get there?,” Bradley tells us.

“What If comics ended abruptly and really dark to prove that the main timeline is the better timeline. We’ve used that as our reason to cut stories off a little bit shorter. All these episodes could have been 45 minutes. Some of the animatics were 35 minutes, but due to animation and Covid, we cut them a little bit shorter than we would have liked,” she adds.

“While we’re staying true true to the comics that way, we couldn’t pull many original storylines because the mandate was use the MCU characters. For Marvel ‘Zombies’ we went back to the original run and pulled some of the storylines from that because it was so much fun and it’s a huge cult classic. So ,when it came to adapting you pick the best parts, but you can’t show every moment.”

Bradley, chats about season 2, and whether What If… bridges to the upcoming Marvel movies Spider-Man: No Way Home and Doctor Strange in the Multiverse of Madness.