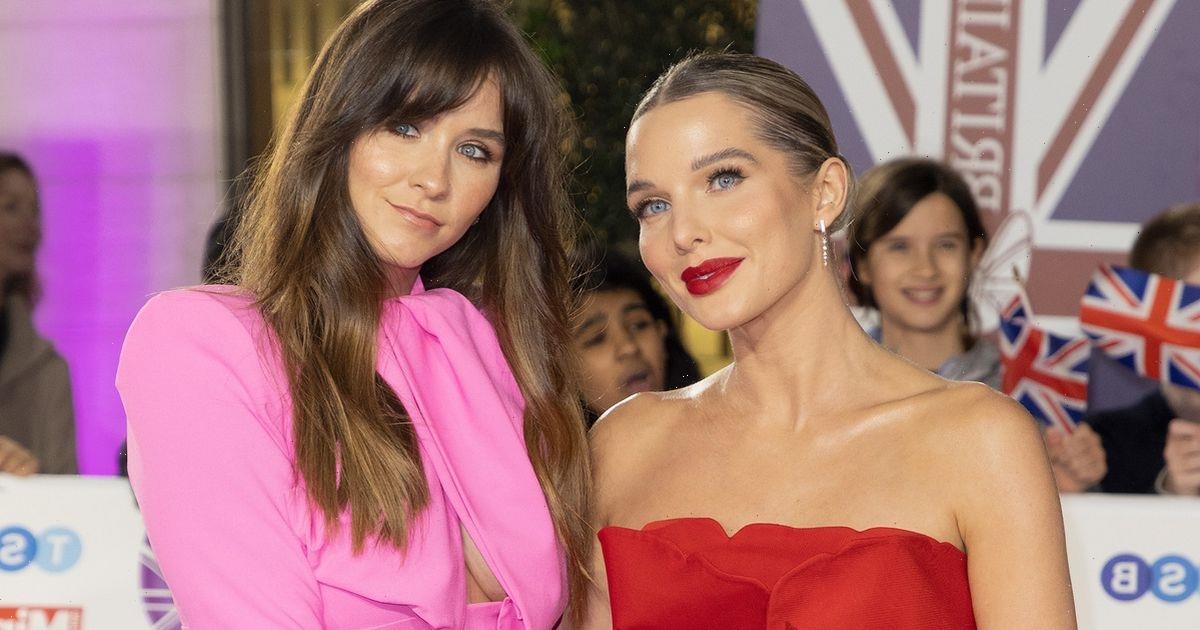 Coronation Street’s Helen Flanagan was supported with her on-screen sister Brooke Vincent on Monday, just hours after it was reported that she’d split from fiancé Scott Sinclair.

The former Corrie star, 32, stunned at the Pride of Britain Awards on Monday as she clutched Brooke’s hand for support.

The mum of three, who recently reportedly finished filming ITV’s I’m A Celebrity All Stars in South Africa, looked gorgeous in a red minidress from Tran Hung, styled by Kelvin Barron.

Helen accented the outfit with a pair of Topshop shoes and Sif Jakobs jewellery, while Brooke was wearing a ‘Rocha’ dress by Francesca Couture, styled by Lorraine McCulloch. Helen’s engagement ring was notably absent from the snaps amid reports of her separation from Scott, who plays for Bristol Rovers.

Reports suggest that Helen has not worn the ring for around a month, or at events like the National Television Awards last week or at Jorgie Porter’s baby shower on Sunday.

According to a close source, Helen told friends that she is no longer with Scott after a “rough patch” over the summer.

They told The Sun: “Helen has removed her engagement ring and told those close to her that she is no longer with Scott.

"They hit a rough patch in the summer and after she came back from South Africa their relationship ended.

“Helen and Scott are committed to co-parenting their kids, even if they are no longer a couple.”

The couple share three kids together, Matilda, 7, Delilah, 4, and Charlie, one. Earlier this year, a source close to the family said Scott and Helen had not shared a bed in years, with Helen choosing to sleep with the kids and turfing Scott out of the bed.

They said: “Helen turfed Scott out of their marital bed a long time ago because she co-sleeps with their kids.

“Naturally it put a strain on their relationship over the years.

"Since their split, Helen has been spending a lot of time at her mum’s in Bolton.” But now Helen is now “embracing single life”, and was recently pictured dancing with a mystery man while attending Charlotte Dawson’s party at The Barn in Manchester.

"She was partying hard at the National Television Award and on Friday appeared to find a new admirer at Charlotte’s birthday party,” the source explained.

They added: "Helen was dancing and having a great time with his mystery chap.”