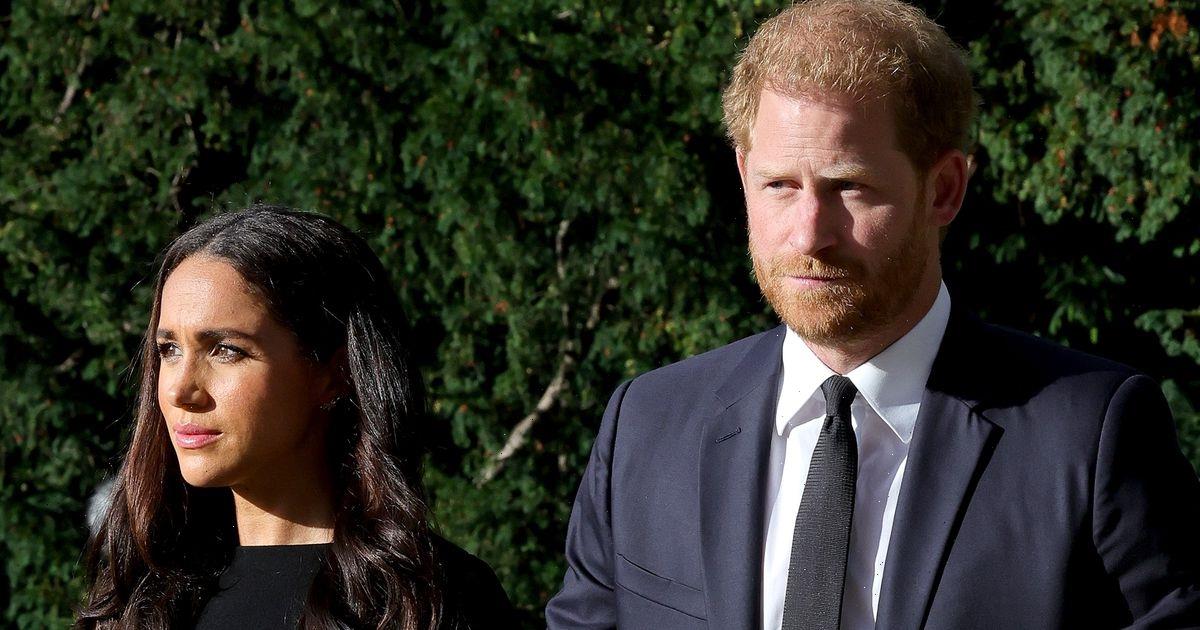 Prince Harry and Meghan Markle are 'worried' about 'being eased out of Royal picture', an author has claimed.

In a shake up of the official royal website, the bios of Harry, 38, and Meghan, 41, – who are no longer working royals – tumbled to the bottom of the page, just ahead of disgraced Prince Andrew, whereas they used to be in the middle, under senior royals such as Prince William and Kate Middleton.

Despite putting on a show of unity following the death of the Queen on 8 September, their new placing on the royal website is likely to have salted things a little.

Royal biographer Phil Dampier said that King Charles, Harry's father, is likely to have made it clear to Harry and Meghan that they are not working royals and cannot have a “semi-official” role.

Speaking to The Sun, Phil said: "Harry and Meghan must be worried that they are slowly being eased out of the royal picture.

"The King will want to make it clear that they are not working royals and can’t pose as semi-official royals.

"They are relegated to the bottom of the league table with disgraced Prince Andrew and at the moment there is no way of them climbing up it."

Amidst ongoing stories of a feud between Harry and Meghan and the rest of the royals, King Charles made a huge statement when he mentioned them in his first address to the nation as King.

During his speech King Charles said: “I want to express my love for Harry and Meghan as they continue to build their lives overseas.”

King Charles is said to have been "buoyed" by his meetings with his youngest son and his wife during the mourning period following the death of the Queen.

A source told The Telegraph "It remains the case that the King loves both of his children. Over the last 16 days or so, there were tremendous flickers of hope. In terms of the future, there is hope of a cause for unity."

Part of Meghan’s “about” section on the royal website reads: “As announced in January 2020, The Duke and Duchess have stepped back as senior members of The Royal Family. They are balancing their time between the United Kingdom and North America, continuing to honour their duty to The Queen, the Commonwealth, and their patronages. Frogmore Cottage in the UK remains their family home.”

Prince Harry’s page echoes similar sentiments, but notes that the 38 year old dad-of-two is fifth in line to the throne.