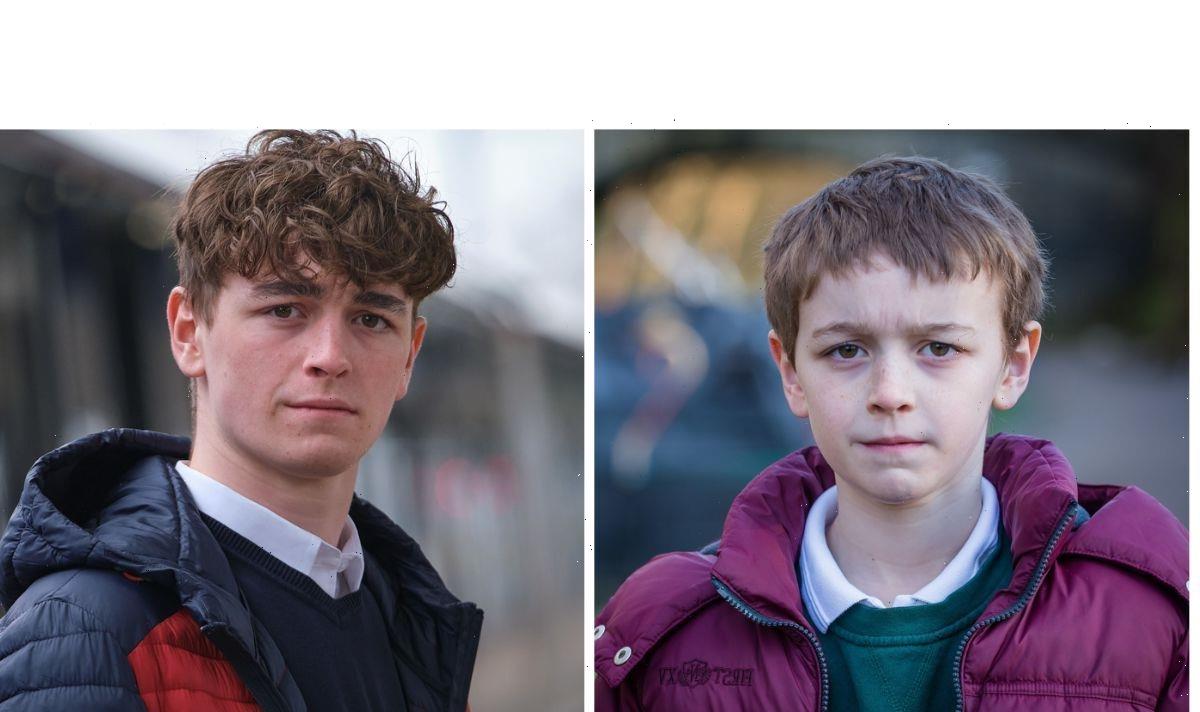 The young star, 16, who plays Ryan Cawood, had to revisit old episodes for the third and final series.

Speaking to the Obsessed With Happy Valley Podcast, Rhys, who was only eight when he first appeared in the show, said: “I couldn’t stand the sight of myself.”

“I’m like, I’m some annoying little guy that does everything wrong and has a squeaky voice.”

What made it really uncomfortable for Rhys was the time between the second and third seasons. The show’s creator Sally Wainwright left a seven-year gap.

Many fans at the time were left wondering whether the thrilling drama would ever return to our screens.

Rhys revealed that one of the major reasons that the show had such a long hiatus was partly to do with him growing up.

Carol Kirkwood talks moment she ‘lost it’ over wardrobe malfunction

He said: “I think it was always a plan to have three seasons and the structure they wanted in this season would make more sense when I’m a bit older.”

He added: “Such as me going to visit Tommy in prison, which wouldn’t really have made sense if I was 12 or 13.”

Rhys’ admission comes as the show continues to gain cult-like status with fans astounded by the calibre of the performances by the stellar cast.

Sarah Lancashire and Benidorm star Siobhan Finneran have been singled out for extra praise after the latest episode was aired.

Fans flocked to social media to comment on the two actors.

One fan posted: “If these are two of the best actors in the world, tell me how it’s possible that this is Raquel from Coronation Street and Janice from Benidorm.”

Another added: “Every performance by Sarah Lancashire is a masterclass. She just has something that you can’t teach. Whatever it is, she has it in spades #HappyValley.”

While a third posted: “That was PHENOMENAL.15 minutes of pure talent. Not one raised voice Sarah and Siobhan absolutely gave everything during that.”

Warwick Davis ‘devastated’ and ‘can’t get over’ wife’s loss

The award-winning show returned to our screens on New Year’s Eve after a break of seven years.

When the show first aired in 2014, it quickly became a firm favourite with fans and was commissioned for a second run in 2016.

Creator Sally revealed that Happy Valley was only going to run for three seasons,

She said she took the decision to end the show with lead actress Sarah.

In an interview with Radio Times, she spoke about the joint decision to end the ratings high after season three.

She said: “We made a definite decision that this was going to be the final season.”

Sally was then pressed on why she decided to finish it when the show was such a ratings success.

She replied: “Just because it’s been successful, we weren’t going to let it drift on until it became a pale shadow of it.”