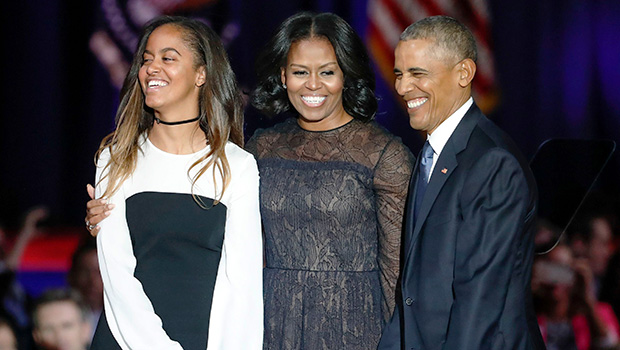 As America celebrates its birthday, former first daughter, Malia Obama, is celebrating a birthday of her own! The daughter of Barack & Michelle Obama is turning the big 21 this July 4!

Now that’s a reason to celebrate! As July 4th kicks off, Malia Obama is celebrating her 21st birthday. The eldest daughter of Barack Obama, 57, and Michelle Obama, 55,  shares a birthday with the Independence Day holiday, which marks a day chock full of festivities at the Obama household. In fact, by early morning, Barack had already wished his daughter a happy bday. “”Happy Fourth of July, everybody! This is always a great day in the Obama family: a chance to celebrate America—and Malia’s birthday, too,” Barack posted on Twitter. “Hope all of you are able to get some time with friends, family, and fireworks.”

Malia’s b-day is always worth celebrating, but here’s to hoping she’s doing something extra special this year as she turns 21-years-old! The Harvard student has been studying hard since entering the prestigious Ivy League institution in 2017.While there’s no word yet on what the former first daughter has planned for her big day — we’re sure there’s something special on the docket!

The older sister of Sasha Obama, 18, has already had an eventful summer after an adventure-filled vacation to France with her family. The fam took some time away from the spotlight during a getaway in France, where the Former President and Malia even teamed up for a trek through the mountainous terrain that surrounds the hilltop village of Gordes. Nothing like a hiking trip to slip in some family bonding time! A few days earlier, on June 15, Malia and Sasha enjoyed sisterly bonding time while they roamed the aisles and vendors of L’Isle-sur-la-Sorgue Market (“The Venice of Provence”), a famous flea market in Provence.

We’re wishing a warm happy birthday to Malia as she turns 21! It’s hard to believe that the former first daughter is already of legal drinking age. It was just last month that Michelle shared a sweet throwback of a much younger Malia. How time flies!