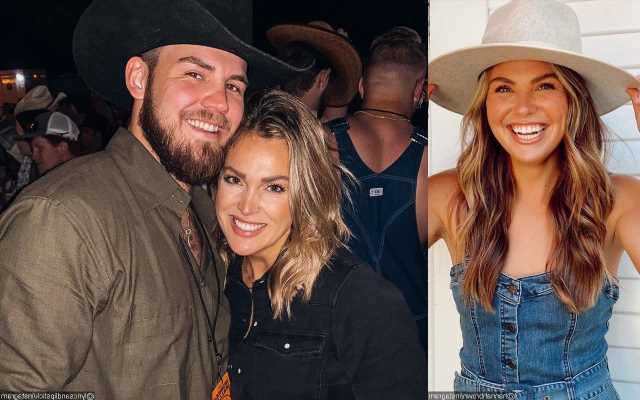 The season 15 star of ‘The Bachelorette’ called off her engagement to the country singer while her season was still airing amid allegations that he’s dating Haley Stevens at that time.

AceShowbiz –Hannah Brown has finally broken her silence on his brother’s romance with her ex Jed Wyatt‘s former girlfriend. The season 15 star of “The Bachelorette” weighed in on Patrick Brown’s relationship with Haley Stevens in a new interview to promote her new book “God Bless This Mess”.

The 27-year-old TV personality offered her two cents when speaking to Us Weekly ahead of the Tuesday, November 23 release of her memoir. “I love my brother and I’m just so thankful for all the changes that he’s made in his life,” she said. “Because that just really impacted the way that our family dynamic is. Both of us have kind of gone on our own journey of healing.”

“About his love life – I don’t choose who my brother loves and who he wants to be with,” the former beauty pageant further shared. “But I love him and want him to be happy.”

Hannah was briefly engaged to Jed after he proposed in the 2019 season of “The Bachelorette”. The two unfortunately called off their engagement while the show was airing amid allegations that he’s still dating Haley.

The 27-year-old country singer, who is now dating Ellen Decker since late 2019, shut down the accusation. However, Haley shared alleged text messages in which he said “I love you” just before he went to the reality series.

As for Hannah’s younger brother, Patrick, he has been linked romantically to Haley since February. Haley confirmed that they’re an item in April. Sharing some pictures of the pair on Instagram, she gushed, “I sure love lovin’ you @patrickbrown81. Happy Birthday Baby!!”

Hannah picked Jed after he said goodbye to Peter Weber in her season of “The Bachelorette”. However, she admitted that it was not an easy decision to let go of Peter. “I was so upset breaking up with him,” she told PEOPLE. “I know he really did care about me and he’s such a great guy. I was really confused.”