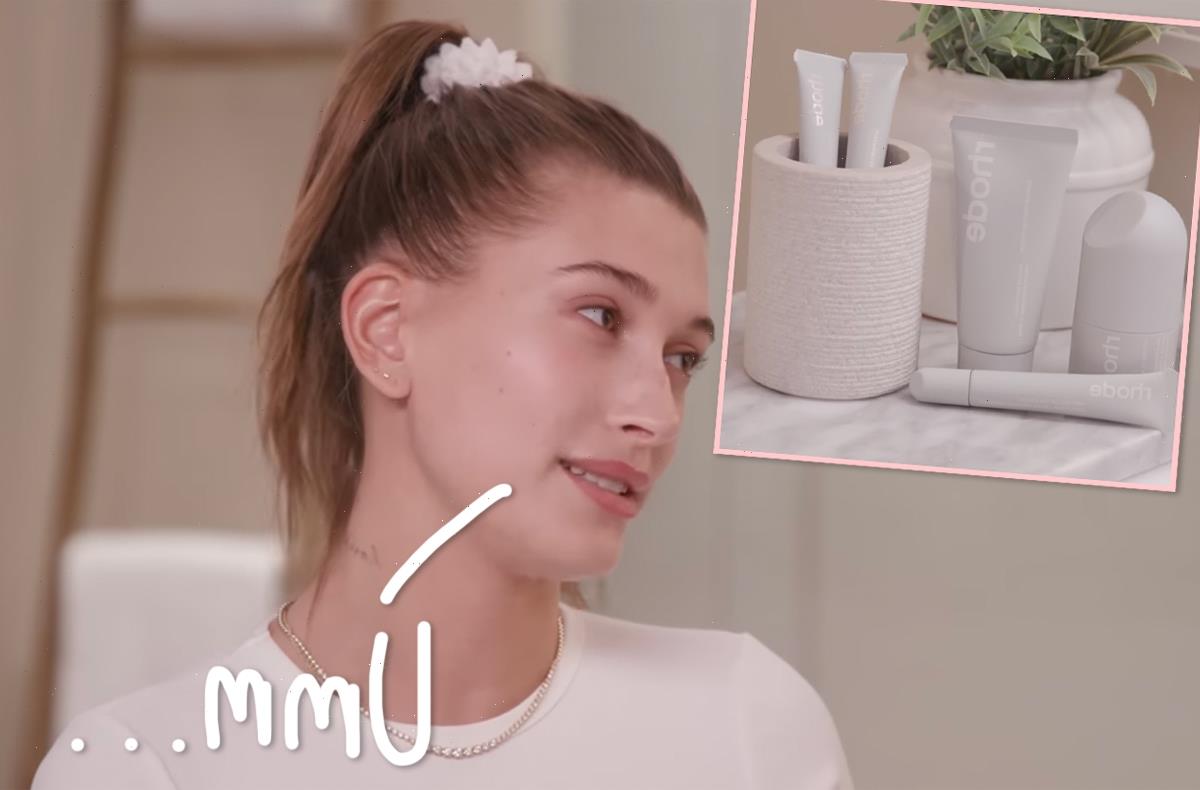 And the hits just keep on coming for Hailey Bieber’s skincare line!

The 25-year-old model launched Rhode last month — featuring what she found to be three skincare essentials: a Peptide Glazing Fluid, Barrier Restore Cream, and Peptide Lip Treatment. However, Hailey has faced a ton of controversy over her new brand since it dropped.

She was first accused of ignoring many influencers and guests who showed up at her own launch party – not even taking a second to say something to the crowd about the products or step away from the bubble of her inner circle to interact with anyone else. Yeesh! Acting rudely towards influential content creators — who could potentially become valued reviewers and spread the word about how great the products are to their followers — is not the best idea if you want to successfully launch anything! Just saying!

Then, she was sued for trademark infringement by entrepreneurs Purna Khatau and Phoebe Vickers, plus their clothing and lifestyle company RHODE-NYC, LLC. In court docs obtained by ET, the two women argued that her brand would “quickly swamp” their business’s “market presence, confuse the marketplace and ultimately destroy the goodwill and reputation of the RHODE brand.” What’s worse is that Hailey allegedly reached out to them four years ago to purchase the trademark — and when they refused, she went ahead and used the name anyway.

So like we said, it has not been a smooth-sailing launch for Hailey’s skincare line! Now, it seems that she is facing even more backlash, but this time it may be the most devastating. It’s about her actual products.

Several Reddit users have claimed recently that after using some of the items, they started breaking out on their face! Some even think they might have had an allergic reaction to it! Some people have commented:

“so i tried the peptide glazing fluid last night and woke up with tiny red bumps and then some turned into little white heads later in the day? is this an allergic reaction? am i using too many occlusives in my routine?”

“my friend also had similar reaction from rhode skin”

“I broke out quite badly after using it as well… Seeing all the raving reviews I decided to still give it a try.. 2 days later I hadn’t broken out like that in years.”

There are photos, too, but… You get the idea.

Of course, there is something important to note here: a product is not going to work out or react well for every single person for many different reasons. One person can personally be allergic or sensitive to a product while someone else can have no issues at all — and even achieve that “glazed donut” look Hailey loves so much.

Skincare is so tricky, and it can be a lengthy personal process into finding that perfect routine for YOU! So take these criticisms with a grain of salt — but maybe brace yourself for bad skin reactions just in case!

Thoughts, Perezcious readers? Did you have the same skin reactions with Rhode? Let us know in the comments!