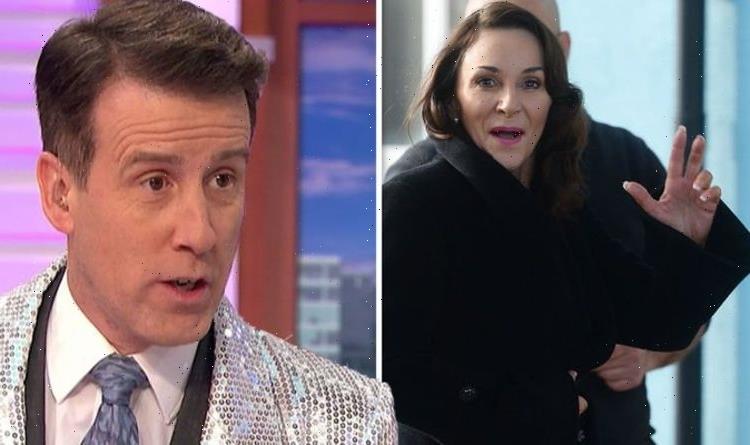 Anton Du Beke, 54, has spoken out on how he felt after losing out on becoming a Strictly Come Dancing judge to Shirley Ballas, back when fourth judge Len Goodman departed the dance contest. The professional dancer thought he did “all right” in his audition for the role, only to later be turned down but he has now realised he was not “clear and concise” enough.

Opening up on the experience, Du Beke shared: “I came out of the audition thinking, ‘I did all right there.’

“It was only last year when I was a judge myself that I realised I hadn’t been clear and concise.”

Ultimately the role went to dance choreographer Ballas, but it was not all bad news as Du Beke was asked to come back and appear as a judge on the show last year after being the first in the show to be eliminated with his celebrity partner Jacqui Smith.

He shared: “When I got that call [to join the judges] last year, I was amazed and elated, doubly so at being back in the show after Jacqui Smith and I were the first to be eliminated – but not nervous, no.

“The difficulty is delivering everything you want to say in 15 or 20 seconds,” he added to this week’s Radio Times.

The dancing pro’s fleeting appearance as a judge went down a storm with audiences and gained him a longer stint in the position this year, as main judge Bruno Tonioli is unable to make filming due to ongoing flight restrictions between the US and UK.

“My loves I cannot tell you how thrilled I am to be stepping into Bruno’s brogues for the next series of Strictly,” Du Beke said at the time.

“It’s a dream come true to be judging alongside the best of the best and I promise to be kinder to all the couples than any of them have ever been to me.”

He will sit alongside Motsi Mabuse, Craig Revel Horwood and Ballas on the panel this year.

Tonioli, while disappointed to lose out, joked on social media: “Whilst I am gutted to not be on the show this year, there is one person and one person only that could take my place – it’s just a shame they weren’t available…haha! Darlings I’m kidding, I’m kidding!

“Seriously though, I have to tell you, Anton is Mr Strictly and if anybody is filling in for me, it has to be him. I honestly wouldn’t have it any other way and I am so excited to see him waggle his paddle.”

Fellow Strictly dancer Oti Mabuse congratulated Du Beke on the news via Instagram, writing: “He made it!”

“Super proud of you Anton and so happy!” she added.

“Feels like positivity is in the air – everyone gets what they’ve wanted and hoped for, for years and it’s a beautiful sight to see…”

Another dancer on the show, Johannes Radebe tweeted: “This is amazing news!!! My oh my we’ll miss our Bruno Tonioli.”

While pro dancer Luba Mushtuk believes the Strictly veteran performer could replace Tonioli on the panel for good.

Commenting on his judging stint, she told Express.co.uk: “Well, I love Anton to bits and I think Anton is an especially incredible human being who can do anything.

“And I think whatever he wants he will always achieve and he will do an incredible job,” she added, hinting he could be in the role longer than one series.

He said on his eponymous podcast: “I think for this season it is still a case of Bruno can’t travel between America and England every week like he usually does, so he had to make a decision on which one he was going to do: Strictly or Dancing with the Stars over in America.

“I don’t think it’s confirmed yet that this is a permanent thing but who knows, like it does seem that Anton is making that step.”

Strictly Come Dancing begins tonight on BBC One at 7.45pm.

Read the full interview in Radio Times – out now.