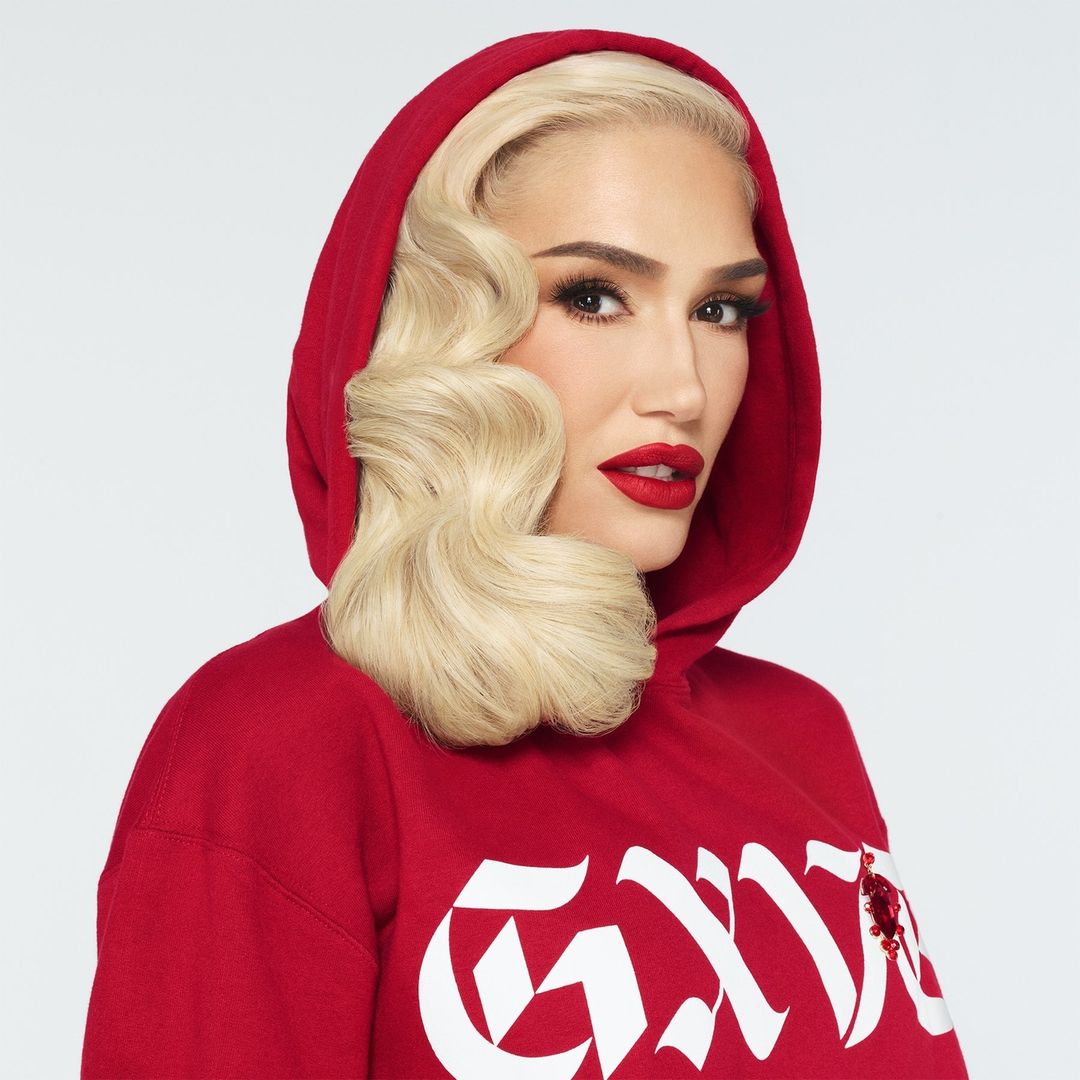 Did you know that Gwen Stefani has a makeup label? That would have been groundbreaking 15-20 years ago, when she was known for loving makeup and before every single celebrity had their own makeup line. Gwen’s line is called GXVE and it’s sold exclusively at Sephora. The line debuted in March and the first lipstick sold out in a couple of weeks. Gwen chatted with Glamour about the line, the beauty tips she’s accumulated over the years, the tips she’s picked up from YouTubers and IG influencers and a lot more. This is a pretty light, fun, girly interview. Some highlights:

The oversaturated celebrity-makeup market: “People warned me [about creating a beauty line], but I didn’t care. I knew that the one thing that would make it different was this is something that’s so real and authentic to who I’ve always been since I was a little girl. I feel like I’m definitely doing what I was meant to do.”

One her first jobs was as a fake makeup artist at a department store: “I was a fake makeup artist in the sense that they never trained me and I didn’t ever report to anybody. I found magic in the makeup. It’s not even about how people look; it’s how they feel. Once that makeup goes on, the confidence that comes with it is what stayed with me.”

Living her purpose: “I’ve always tried to just live my purpose, but even more now that I’m more mature and more aware of my faith and gone through so many things that forced me to say, ‘Okay, I don’t care about anything else. I just want to do what my purpose is.’”

She loves the makeup influencers: “[GXVE] was almost like my backup plan in life that I’m getting to do now, but I get to kind of do both [as a singer and creator], which is so great. And also be part of this influencer movement that’s happening, where we share our secrets and our tricks and learn from each other. It’s a super beautiful community.”

How much time it takes her to do a perfect red lip: “I could do a perfect red lip in less than a minute. In fact, I never worked with a makeup artist my entire career, really, other than one here or one there. I had a bad experience when I was doing [an early] No Doubt record. This guy came and did my makeup for the artwork and I remember thinking I looked ugly. I was like, “I look prettier when I do my makeup,” but I was too scared to say something. I still look at those pictures and I’m like, “Ugh.” After that I took it into my own control.

What beauty rule is bullsh-t: “There’s a lot of product out there that is B.S. I see some girls trying to sell all these layers of things that you need to put on before you put on makeup. And some of it’s right, and some of it’s not.

What beauty rule is completely accurate: “Overdrawing of the lips works. It’s real. I did it one time when I first learned it, and my kids were calling me out, like, “What did you do to your lips?” They’re teenagers, so they know what’s going on. I was like, “No, I swear. Let me take it off and I’ll show you. This is overdrawn right here. And when you overdraw the top lip like that, you just get this really pouty [look].” You see people hacking it all the time and it works.

A beauty trick she recently learned: “I just started doing this thanks to a makeup artist, which is sometimes doing your eyebrows first before you put foundation on. It’s a really great way to start because your eyebrows frame your face. So depending on if you want to highlight them or not, that’s something that has helped me a lot.

The thing is, with so many of the celebrity women going their own makeup or skincare lines, I often get the feeling that they don’t actually know much about the industries they’re barging into. They think they can just coast in, use their name and somehow they’ll have a hit line. To me, someone like Gwen has credibility though – she has been wearing makeup for 30-plus years, she knows how to do her own makeup, she’s known for her makeup, and clearly, she loves watching beauty influencers and TikTokers and YouTubers. You can tell that she really sits there and watches the videos and picks up hacks and tricks. Anyway, I would feel like a clown if I tried to overdraw my lips but I’ll take Gwen’s word for it. 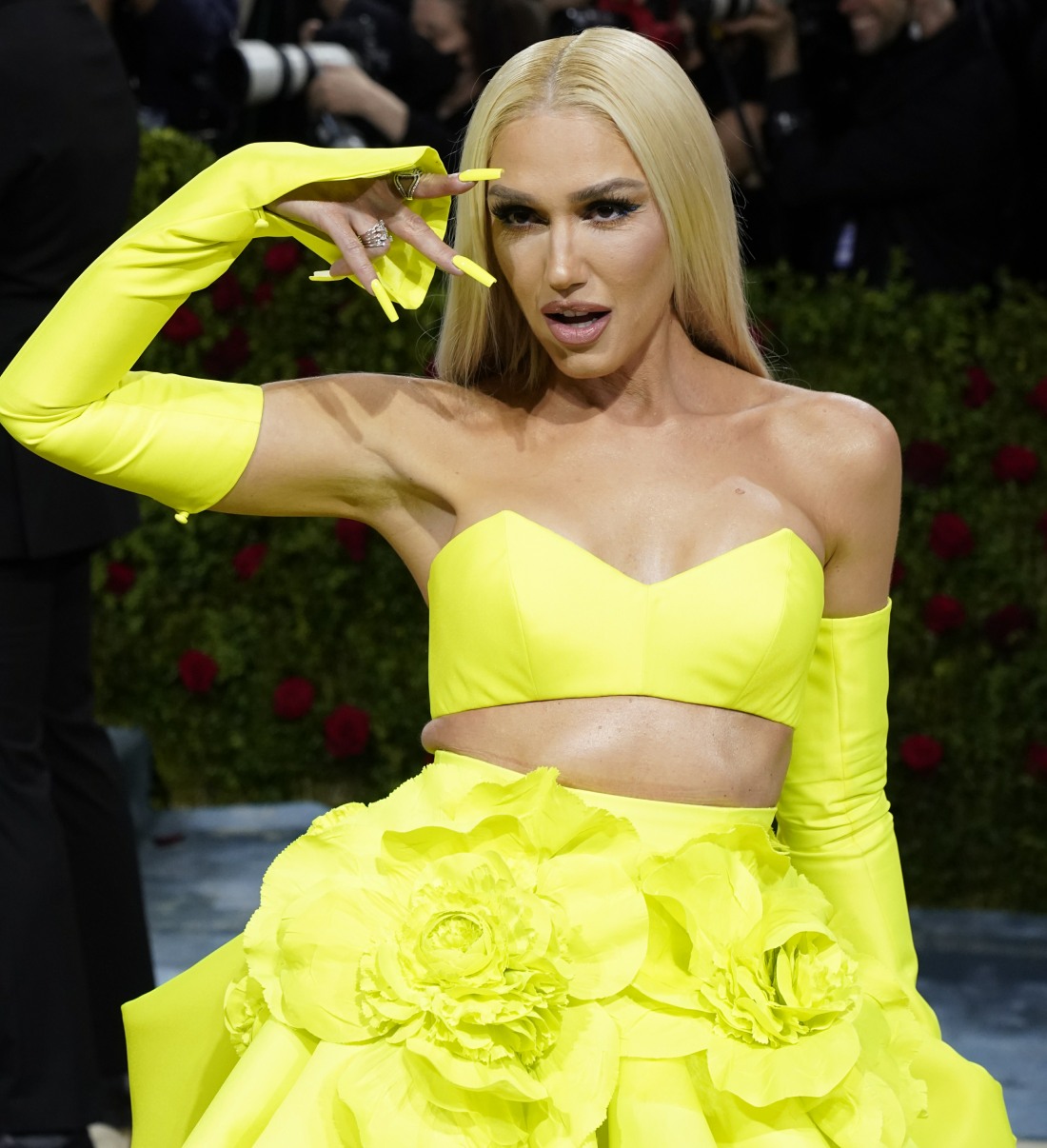