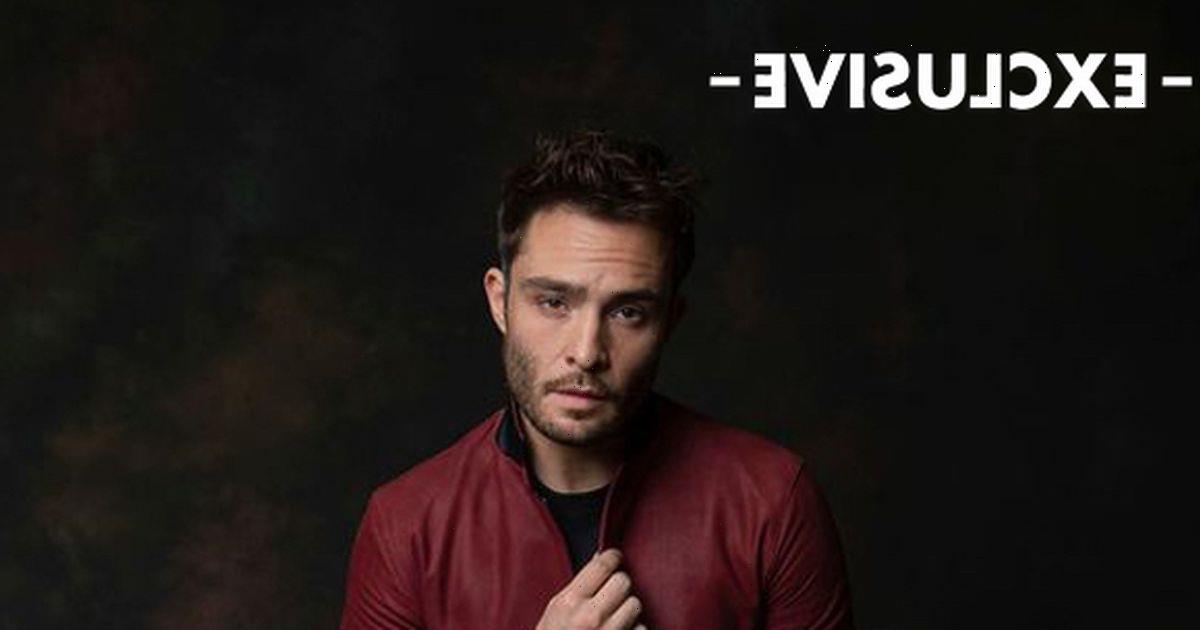 Ed Westwick’s iconic role as Chuck Bass in Gossip Girl has gone down in the history books.

The 33 year old British actor landed the big-dollar role in the teen drama back in 2007, alongside big names including Blake Lively, Leighton Meester and Penn Badgley, and he starred in a whopping 117 episodes.

Before this, Ed was making his way in the actor world, and secured roles in the likes of Doctors and Casualty, but after breaking into the Hollywood scene in Gossip Girl, the Stevenage-born star quickly became a household name.

Catapulted to success, Ed went on to star in hit film Chalet Girl, amongst many more, including Son of Rambow, 100 Feet and Billionaire Ransom.

And, most recently, the handsome star turned his hand to comedy, as he appeared alongside blonde bombshell Louise Linton in American comedy thriller, Me, You, Madness.

The playful film, which is released in the UK on Monday 19 April, sees Tyler (played by Ed), meet Catherine (played by Louise), and the dizzying romance that comes of their world’s colliding brings mayhem and magic in its path.

The glamorous film is packed with absurdity and comedy, the latter of which Ed discussed in a chat with OK! Online .

While talking about his role, Ed admitted to us that the film was “totally new territory” for him, and that it was a welcome change to try out a new role entirely.

“For years I’ve done a lot of drama and walked around in a suit with my hands in my pockets brooding a lot in Gossip Girl, and people see that a lot and this is one of the reasons I was happy with this film and this whole thing.

“I got to express a different side of me through the character and let go and have some fun,” the actor told us.

Ed, who details throwing body parts at Louise during the film as his favourite scene, said he was “stunned by the balls of the script” upon his first read.

He told us: “I thought it was completely outrageous and fun and basically that it’s just us two for the whole film. It was such a challenge and interesting to think how are we going to make this two hander flow and work.

“All of those things were new to me and I like challenges so yeah I’ve done a bit of comedy but this was totally its own thing and I was up for it.”

In one jaw-dropping scene, Ed’s character Tyler can be seen dancing to The Pointer Sisters’ iconic track I’m So Excited in nothing but a silky robe, and he sashays through the fancy mansion the movie is filmed in.

When asked about the scene, given his large female fan base, Ed chuckled and admitted it was “a lot of fun” to film.

Ed added: “It was pretty much all improvised and it was easy to act that moment, you know. This guy feels like he’s won the lottery so what does that feel like? Well, there I am standing in this fantastic house wearing a lovely soft robe an I’ve got the Pointer Sisters I’m So Excited playing and it was pretty much exactly how it was.

“Just let go, and feel happy. It was a great laugh and I would never call myself a dancer but I’m not scared of giving it a go so I was actually quite happy.”

Ed and his co-star Louise, who wrote, produced, directed and starred in the film, sound like they’ve had a lot of fun filming the movie, and Louise, 40, admitted she’d taken Ed to his very first spin class in preparation.

They also detailed a drive in film premiere in Los Angeles which Ed described as “unique and wonderful.”

He added: “I’m a bit of a sucker for all things 50s Americana, so it kind of felt like we were going back in time, so I loved that.”

Louise and Ed’s chemistry as Catherine and Tyler is evident, and the fun film, which is a perfect Friday night watch, sees the glamorous pair experience a pretty tumultuous relationship, with a lot of hilarity thrown in.

“I wanted Ed for the role because I knew Tyler had to be a character equal parts charming, disarming but also strong,” Louise told OK! Online.

She added: “What I didn’t anticipate was how charming Ed would make this character. He’s disarming and so sweet and Ed really brought that to Tyla in a way I couldn’t have dreamed of when I wrote it.”

Louise’s role is that of a sassy, sexy and successful businesswoman who has a dark side and discussing her Leslie Nielsen-esque film, the Scottish-born star explained she “just wrote in an uninhibited way.”

“As a person I’m a bit cheeky and silly and I like to have good banter and I think I have a good sense of humour. It’s nice to hear from people who laughed a lot during the film and that was my goal, to make people have a laugh,” Louise explained.

Me You Madness is out on digital download in the UK and Ireland on Monday 19 April (iTunes, Amazon, Google, Microsoft, Sky Store, Sony and TalkTalk)