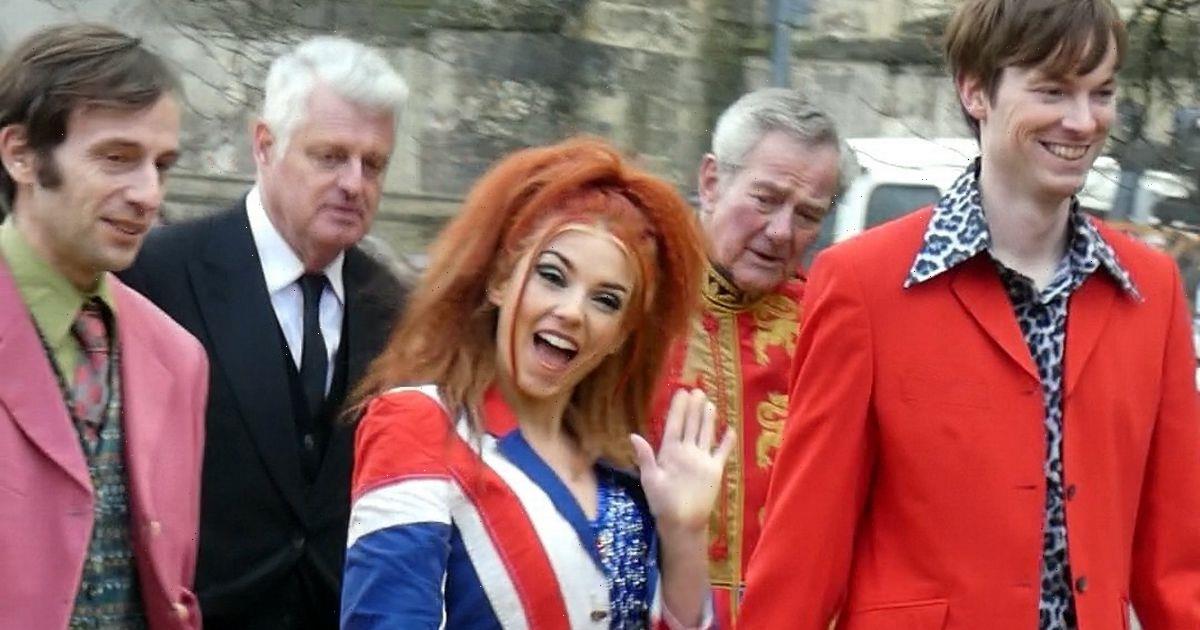 The Crown actor Dominic West, who viewers will know for starring asKing Charles in the most recent series, has been spotted filmingfor the Netflix show’s upcoming sixth series.

As filming for the final season took place at Winchester Cathedral in Hampshire, the 53 year old actor could be seen sporting a black puffer jacket as well as a shirt and black tie as he grabbed a coffee while on set.

Elsewhere, an actress dressed asSpice Girls starGeri Horner could be seen waving for the camera while wearing Ginger Spice’s infamous Union Jack look as she was surrounded by fellow actors and actresses wearing brightly coloured suits, indicating that a Spice Girls storyline is in store for fans.

Back in the 1990s, Geri and Charles made headlines after the Wannabe singer broke royal protocol when meeting the now monarch.

In May 1997, Geri and fellow bandmates Victoria Beckham, Mel B, Mel C and Emma Bunton met King Charles while attending the Prince’s Trust Concert in Manchester.

However, while greeting Charles, Geri and Mel B ditched the traditional curtsy and instead planted kisses all over his cheeks.

And later that same year, while at the Spice World premiere in December 1997,Geri broke royal protocol yet again when she patted the royal on his bottom.

Speaking to The Times, she said: “I didn’t pinch Prince Charles’s bum, as was reported. I patted it. Patting him on the bottom was against royal protocol but we’re all human.

“It was the premiere of our film, Spice World, in the late 90s There was a lot of nervous energy – young women, happy antics.”

More recently, in his memoir Spare,Prince Harry has recalled his own meet-and-greet with the Spice Girls.

While in South Africa with his father, theDuke of Sussex attended the Two Nations charity concert when he was 13 years old where he was able to meet the girl group as they posed for photographers.

Recalling the special occasion, Harry wrote how he was “fixated” by Baby Spice’s 12-inch platform heels, while she was "fixated by his cheeks" which she kept pinching.

Meanwhile, joking about his red hair, he added: “Further down the line I spied Ginger Spice, the only Spice with whom I felt any connection – a fellow ginger.”

As for the concert itself, the Duke of Sussex shone a light on his father’s fun side and noted how he could be seen “gamely nodding to the beat and tapping his foot” as the girl group played their popular hit Wannabe.