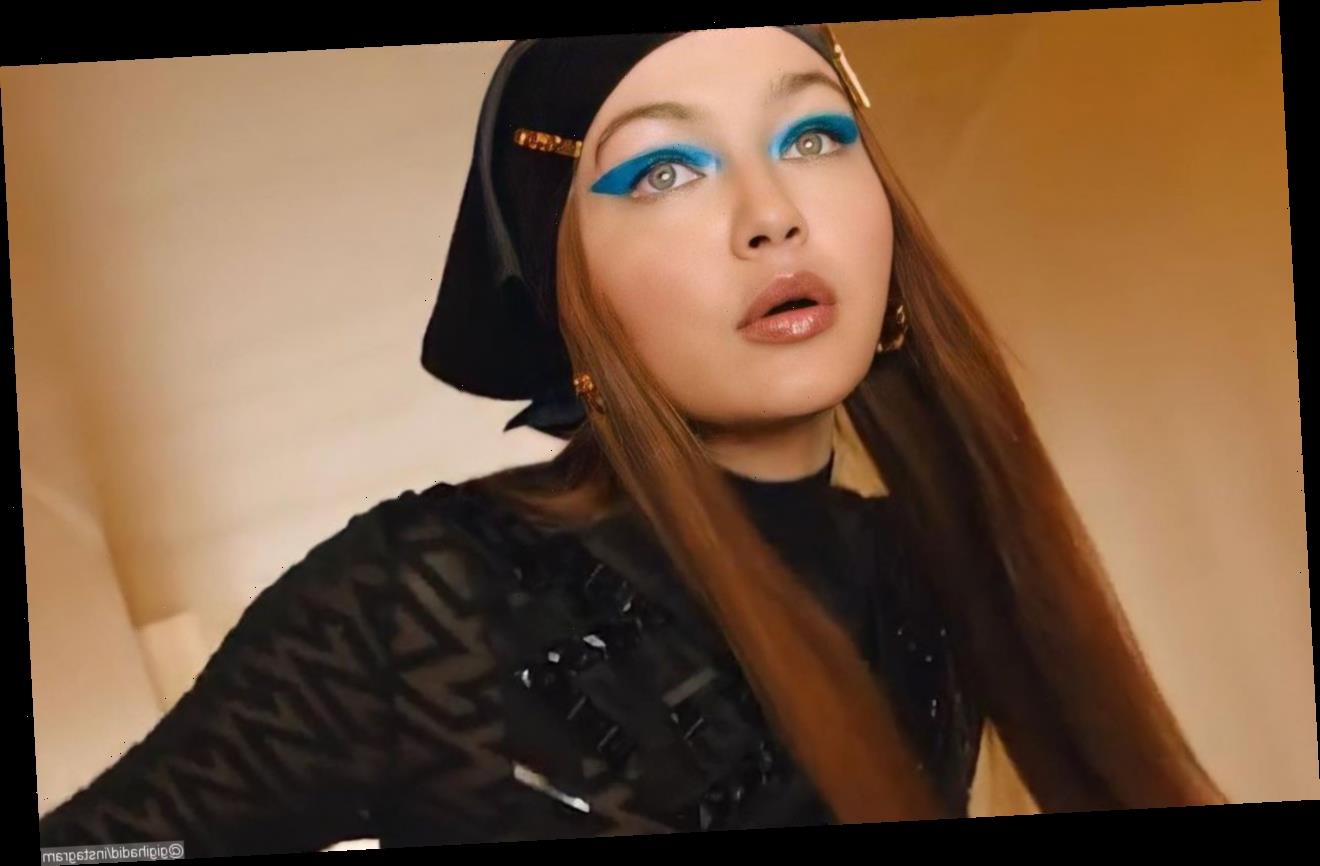 The model daughter of Yolanda Hadid, who welcomed daughter Khai with boyfriend Zayn Malik in September, makes a surprise appearance in the fashion brand’s Fall-Winter 2021 show.

AceShowbiz –Gigi Hadid has made her return to the runway. More than five months after giving birth to daughter Khai whom she shares with boyfriend Zayn Malik, the supermodel went red hot in a catwalk for Versace’s Fall-Winter 2021 fashion show.

The 25-year-old debuted her newly-dyed red hair as she graced the catwalk on Friday, March 5. She opened the socially-distanced show in a black cropped bustier, skirt and coat. She paired her outfit with matching platform boots while holding a red back.

For her second look, the eldest daughter of Yolanda Hadid could be seen sporting a red printed mini dress, black tights, similar shoes and a wide belt. She also modeled a sheer long-sleeve black gown covered in a subtle monogram motif for her third look.

The mother of one was joined by her sister Bella Hadid at the event. Bella first donned a black cropped bustier, matching skirt and printed gloves before modeling a purple pleated dress with matching printed tights. She also looked elegant in a printed mini dress.

After making the surprise appearance, Gigi posted some photos and clips from the event on Instagram. In the caption of her post, she wrote, “opening & closing @versace is always an honor and was the best come’back.’ mostly just lucky to be healthy, working, and in a safe/tested environment to hug so many I’ve missed like family this past year.”

“thank you to everyone who made this possible,” the former girlfriend of Joe Jonas further raved. “especially my Italian Taurus queen @donatella_versace always & forever grazie for the major moments sweet @gvsgvs.”

Gigi’s appearance came more than a month after she graced the cover of Vogue magazine for its digital March 2021 issue. In the cover story interview, she shared, “I know that I’m not as small as I was before, but I also am a very realistic thinker. I straight up was like, ‘Yeah, I’ll shoot a Vogue cover, but I’m obviously not going to be a size 0,’ nor do I, at this point, feel like I need to be back to that.”

Gigi welcomed baby Khai on September 23, 2020. Announcing her baby’s arrival, she posted on Instagram a black-and-white picture of her beau’s hand holding their daughter’s. “Our girl joined us earth-side this weekend and she’s already changed our world. So in love,” she penned in the accompanying message.