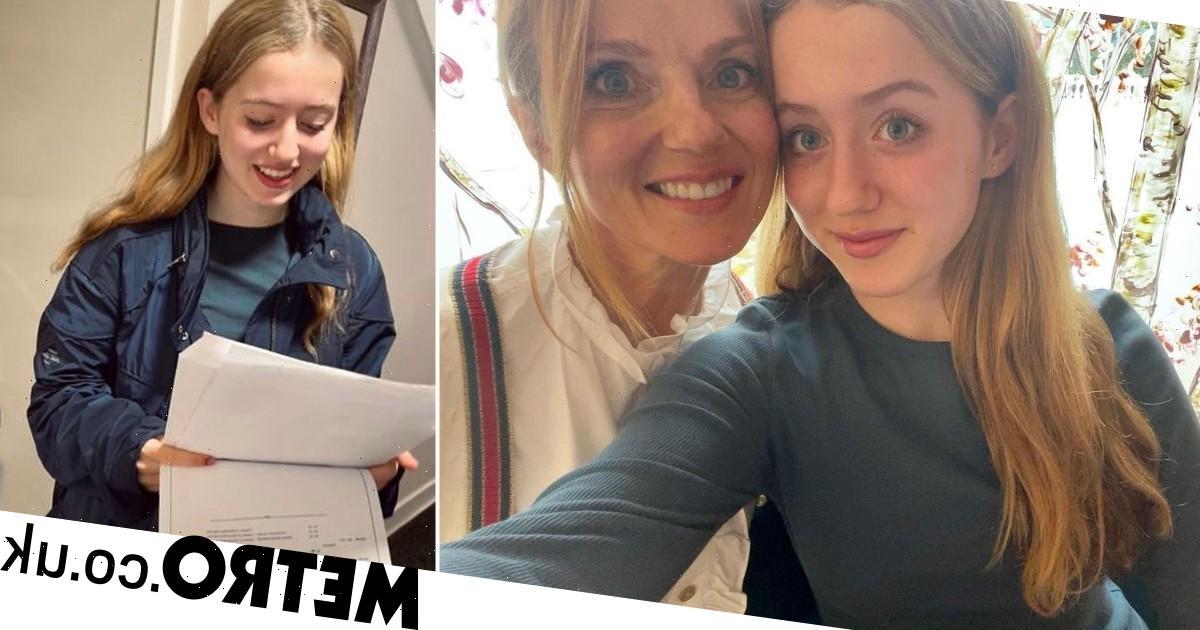 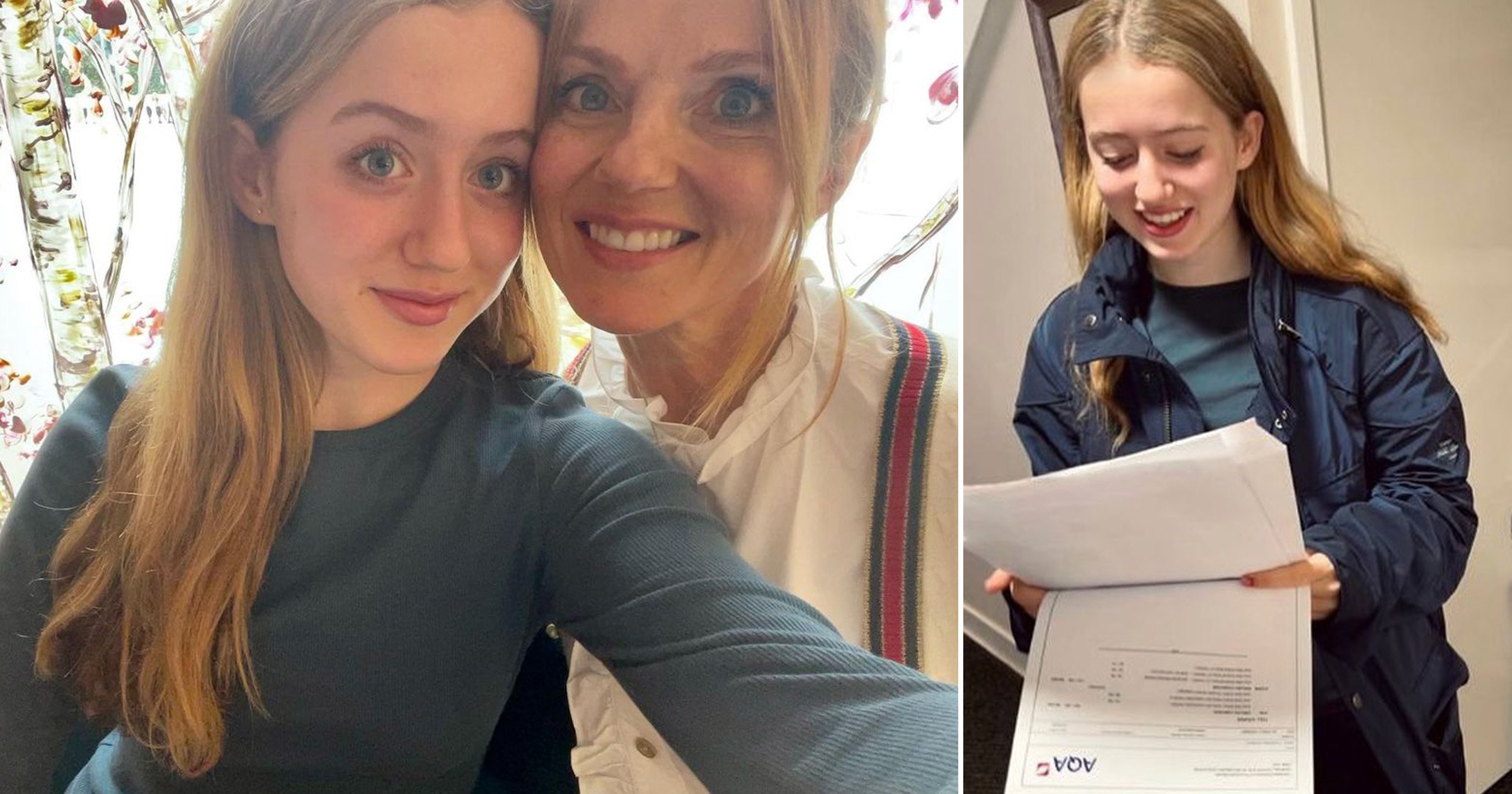 Geri Horner is over the moon after her daughter Bluebell absolutely smashed her GCSEs, achieving the equivalent of nine A*s.

The former Spice Girl shared a sweet snap of her daughter, who shares her red hair, smiling as she read her results.

GCSEs in England are now graded by a number system, with 9 being the highest and 1 the lowest. Achieving an 8 or 9 is roughly equivalent to an A*, with a 7 being an A.

Amanda Holden was also among those celebrating, after her daughter Lexi received her results.

Sharing a photo of herself punching the air, she wrote: ‘Me when we got Lexi’s results this morning. She smashed it. Soooo proud of our girl.’

Geri welcomed Bluebell, who turned 16 in April, with her ex Sacha Gervasi.

In 2017, Geri and her husband Christian Horner welcomed their son Montague.

The star is quoted as telling Hello! of Bluebell and Christian’s bond: ‘I never forced anything, I let them find their own way. She calls him Daddy and that was her choice. They have a really nice bond.

‘It has all been a huge change for Bluey, after having me to herself for so long, suddenly having not just Christian in her life, but a little stepsister, who is just so sweet and now a baby brother.

‘It’s a lot for a young girl but she’s a great kid, smart and funny with a big heart. I’m proud of her.’

Most recently, Geri took Bluebell to cheer on the Lionesses at the Euros 2022.

The former Spice Girl, 49, shared a rare photo of her 16-year-old daughter as they rocked matching personalised England shirts with their names emblazoned on the back.