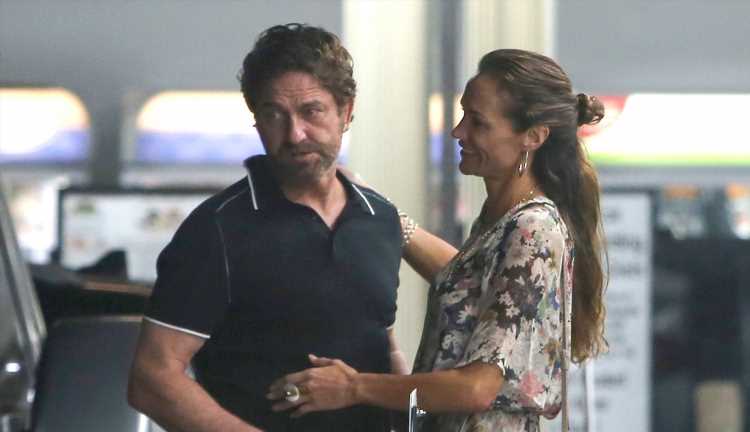 Gerard Butler and his on-again girlfriend Morgan Brown share an embrace after dinner at the Japanese restaurant Katsuya on Monday night (August 19) in Studio City, Calif.

The 49-year-old Angel Has Fallen actor was recently rumored to have split from Morgan, but it seems that their relationship is back on!

The last time we got our hands on new photos of the couple out and about together was back in April.

Gerard and Morgan, an interior designer, have been dating on-and-off for years. They were first spotted together on vacation in 2014.