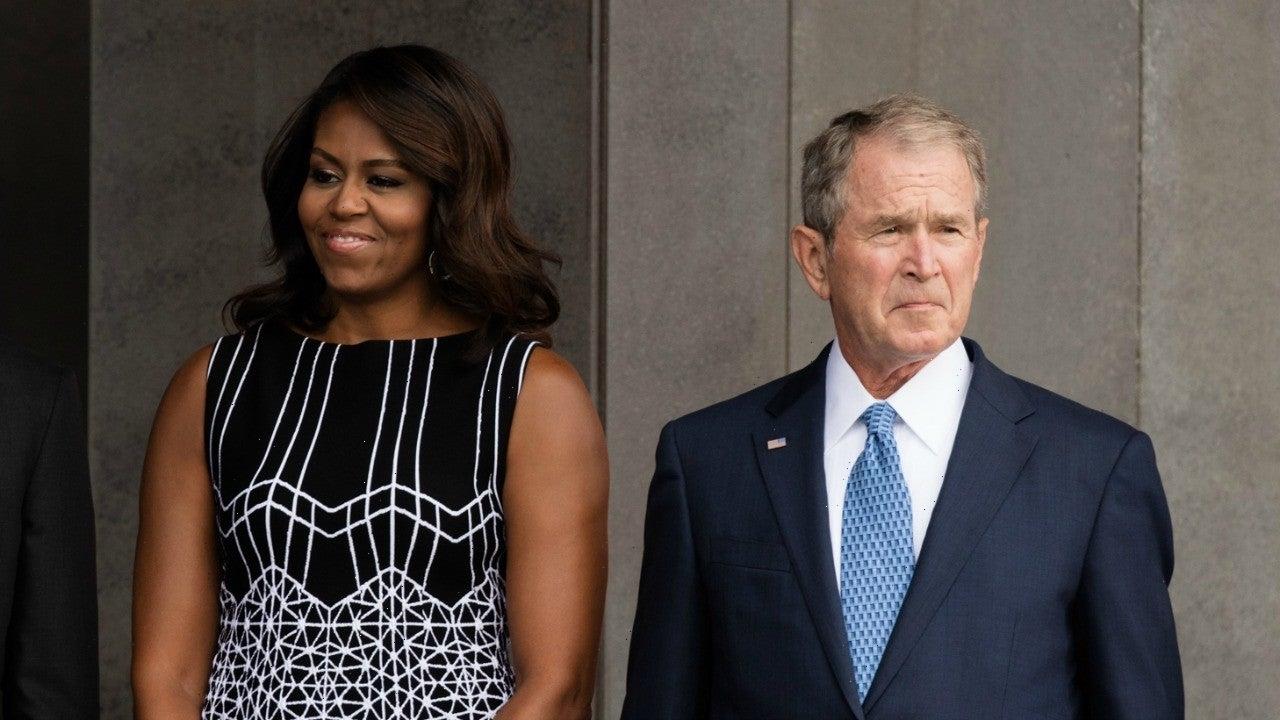 George W. Bush and Michelle Obama bonded over something very unexpected. The 74-year-old former president appeared on Wednesday’s episode of Jimmy Kimmel Live and opened up about his unlikely friendship with the former first lady.

The pair first made headlines after Bush passed Obama candy at John McCain’s funeral in 2018. They repeated the exchange, this time with a mint instead of candy, at Bush’s father, George H. W. Bush’s, funeral later that year.

“I get a little antsy during the long-winded eulogies, and so I start cracking a few jokes,” he continued. “And she seems to think they’re funny, so I’m delighted.”

While Bush said that he and Obama do not have each other’s cell phone numbers, he noted that their friendship is much greater than that of their spouses.

“He doesn’t sit next to her at the funerals,” he joked of his wife, Laura Bush, and Obama’s husband, former President Barack Obama.

In a recent interview with CBS News’ Norah O’Donnell, Bush admitted that he was initially “shocked” at the reaction of his and Obama’s friendship following McCain’s funeral.

“It shocked me,” the 43rd president said of the public reaction to his bond Obama. “We got in the car and I think Barbara or Jenna said, ‘Hey, you’re trending!’ The American people were so surprised that Michelle Obama and I could be friends.”

During her Becoming book tour in 2018, Obama spoke about Bush’s mint handoff at his father’s funeral.

“He has the presence of mind and the sense of humor to bring me a mint,” Obama said, per ABC7. “And he made it a point to give me that mint right then and there, and that’s the beauty of George Bush.”

In 2019, Obama opened up about how her “values are the same” with Bush, despite their political differences.

“We disagreed on policy, but we don’t disagree on humanity. We don’t disagree about love and compassion,” she told his daughter, Jenna Bush Hager, on the Today show. “I think that’s true for all of us, it’s just that we get lost in our fear of what’s different.”