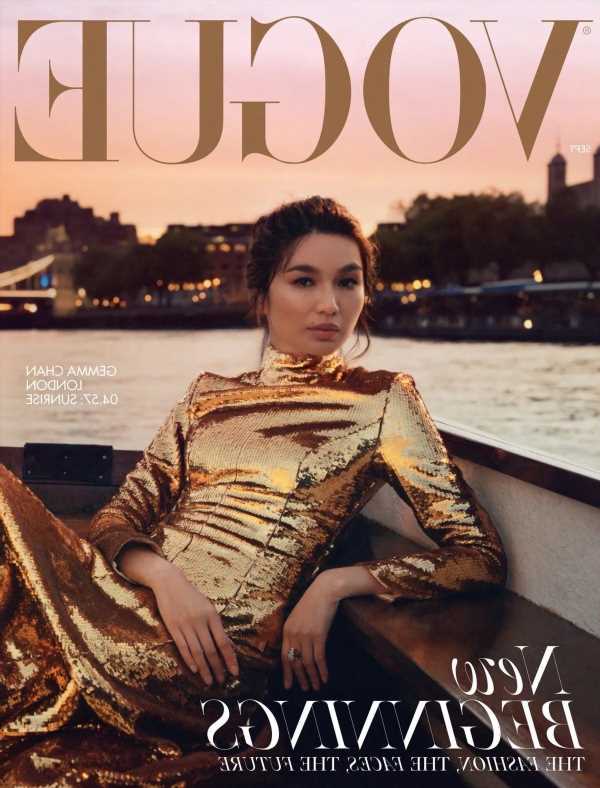 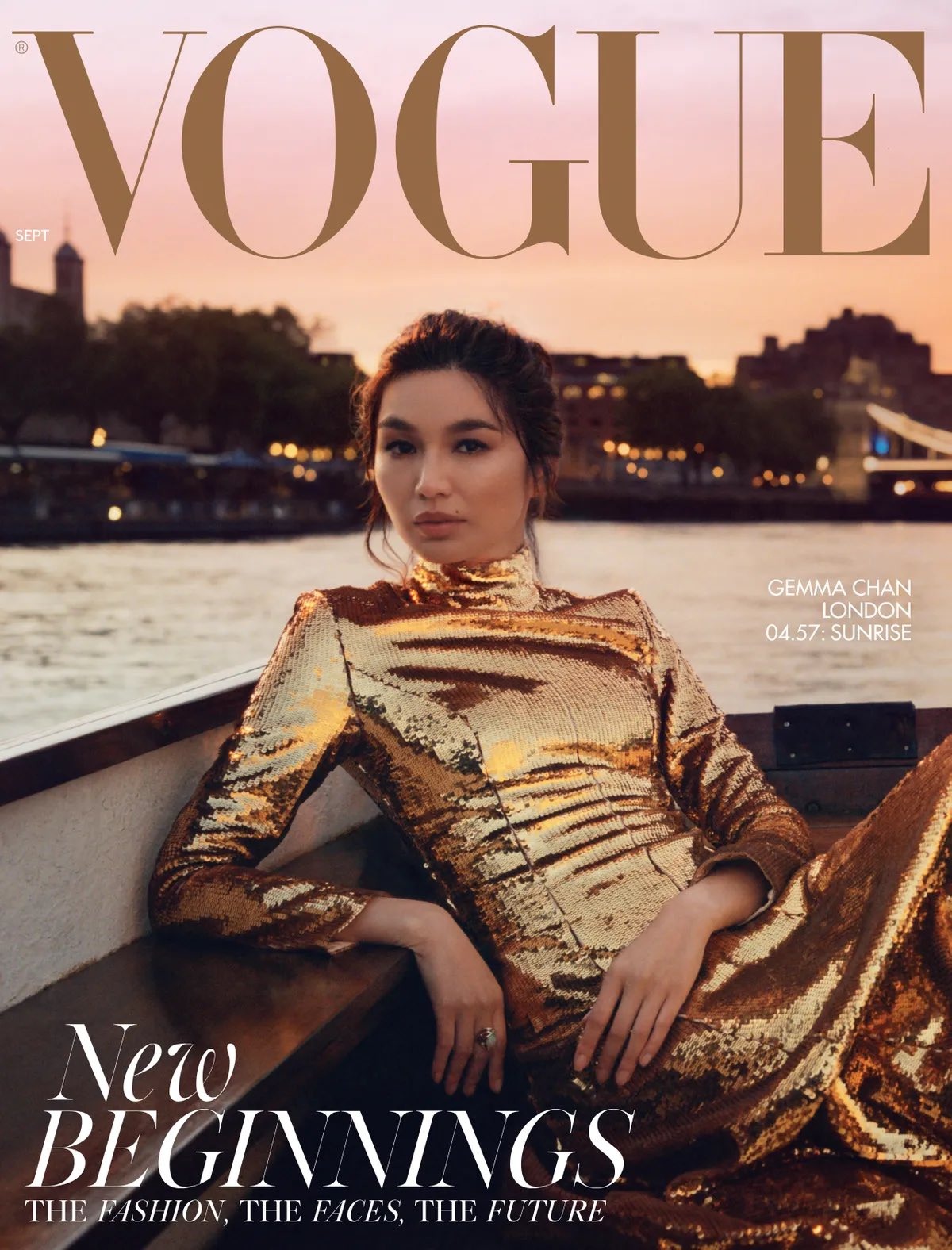 As we’ve seen time and time again, the UK is not a great place to be a Black person. But did you also know the UK is a terrible place to be Asian? It’s true! Gemma Chan has been working consistently in the UK for many years, struggling to break through in an insular, overwhelmingly white British film/television community which never wanted her. I remember seeing Chan in British shows from a decade ago and you could always see how much star power she had, how beautiful she is and how magnetic. But she was well into her 30s before she ever really broke through. Better late than never. Chan covers the September issue of British Vogue to promote Marvel’s The Eternals, where she plays Sersi. The photoshoot is f–king gorgeous and the interview is wonderful too – you can read the full piece here. Some highlights:

Leaving her lawyer-path to try acting: “Have I made a big mistake? Am I going to let down my mum and dad? Could I have had a secure career? You feel that responsibility more when you’re a child of immigrants.”

Her family did not respond well to her pursuit of acting: “In all honesty, it was really painful. My dad was always very much like, ‘Work for something that they can’t take away from you.’ That was the mentality.” Who’s the “they”? I ask. “Well, exactly. I guess the world, or circumstances. Hence: get your qualifications. Hence: it was such a scary or completely inconceivable thing to pursue an unknown career in the arts.”

On the pandemic: “I’ve been in sweatpants for a long time. I’ve loved this time of being in elasticated waists. I ate a lot of cheese. I did thousand-piece jigsaws.”

On The Eternals: “I think this is going to be a really different, special film. First of all, I never expected to be back in the MCU. So that was a surprise. And then to be working with an East Asian female director – I would never have dreamt of that, even just a few years ago. Sersi is not your typical superhero: she’s not necessarily the best fighter, she doesn’t have the most obviously impressive powers. The main thing is she’s an empath. She has a connection with humans, and with the world and the earth. That is her strength, so I leant into that.”

The daughter of Asian parents: “It really was education that brought my mum and dad out of poverty and to this country,” she says. Does that history loom large in her head? “I think it doesn’t leave you, the way you’ve been raised. I can’t stand things going to waste. I don’t like throwing stuff away. That’s just the way that my mum and dad were.”

Choosing to stay in the UK to work: “Well, the thing is, if everyone just leaves and goes elsewhere, then what’s going to change? [I took] every job going – bit parts, one line parts, anything. Would I necessarily make the same choices now, if given the choice? Maybe not. I think I would speak up more if I felt that a role [in Sherlock] was leaning into an orientalist trope of some sort. I’m much more aware. And I think I’m in more of a position where I could say something… I don’t look down on anyone doing any position or in any job on set. The industry has really shifted, even in just the time that I’ve been working. Changing the actual culture – changing in practice – takes longer.”

A need for a rising tide of Asian artists: “Individual successes are one thing. But structurally, when you look at who can actually get projects green-lit in the UK, who are in those positions of power, those gatekeeping positions – there aren’t that many Asians. There aren’t many people of colour in those positions.”

There are several points in the interview where she mentions this person or that person and it turns out that just being a “jobbing actress” for more than a decade in the UK means that you’re probably friends with Damian Lewis, Harry Styles, Richard Madden and more. She is well-connected and yet even now, with her star on the rise, I still don’t get the impression that she has much power in her industry. She’s just a more elite version of the “jobbing actress,” where the jobs are better and the pay is better but she still doesn’t have that much of a say. Anyway, I love her and wish her well. She needs to get offered some rom-coms, dramas, period pieces, everything. Also: everything she says about Asian parents is the f–king truth. Save everything, the education priorities, the fear of their children going into the arts. I felt that all in my soul.