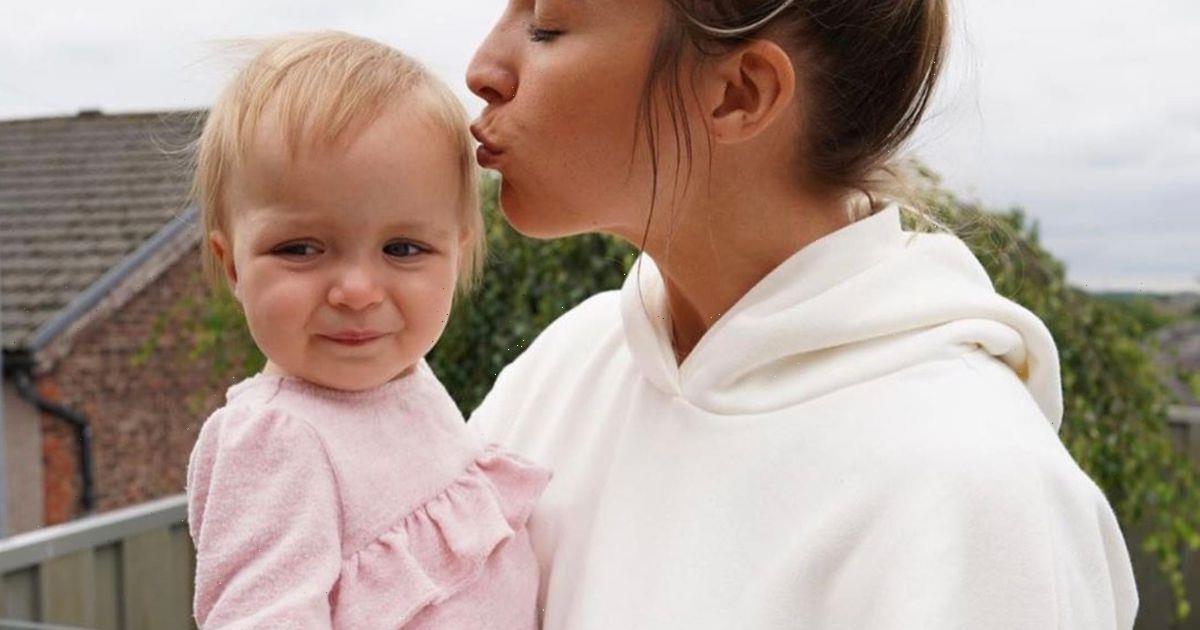 Gemma Atkinson fans compared her to a Kardashian as she ditched her schoolrun tracksuit for a glam night out on Tuesday.

The Emmerdale actress took to the red carpet of the Audio and Radio Industry Awards in a glam sheer black dress featuring a racy thigh-slit design matched with sleek black heels.

The 37-year-old took to Instagram to share her glamorous outfit with her 1.7million followers and joked about how the black dress was a far cry from the tracksuits she is usually dressed up in for the school run.

The actress captioned her post: "All set for the Arias! (Posh radio awards)," aside a laughing emoji.

"Thank you @cintalondon for dashing across London to paint my face and do my hair! What a difference from this mornings green track suit and nursery dash".

Gemma wore the stunning dress to the ARIAS Awards at The Adelphi Theatre in London which honours top talent in the industry.

One fan commented: "Those Kardashians aren't a patch on you."

Gemma also shared an image of the Hits Radio UK team after they had been announced as winner of the UK Station or Network of the Year Award 2022.

Following the station's win, on which she co-hosts the weekday 4pm til 7pm slot with Mike Toolan, Gemma wrote: "We only went and bl***y won! Station of the year 2022!

"What an achievement for @hitsradiouk Hearing us on air is the tip of the iceberg, there is literally SO many people, producers, engineers & tech ops who make the station and our show what it is. Without you lot there wouldn’t be a show, or a station so thank you! #dreamteam."

Gemma made the move to radio presenting from acting in soaps and she spoke exclusively to OK! about her relationships with her former co-stars after switching industries.

She said: “Leaving Emmerdale was one of the toughest decisions I’ve ever had to make.

“I think the thing with Emmerdale is that it’s a really close knit pack. It’s just a really lovely vibe. You know, even when I did Casualty, Matt Bardock who played the paramedic Jeff became a friend and we spoke only two weeks ago. So I’ve been very lucky to make some lifelong friends in the industry.”