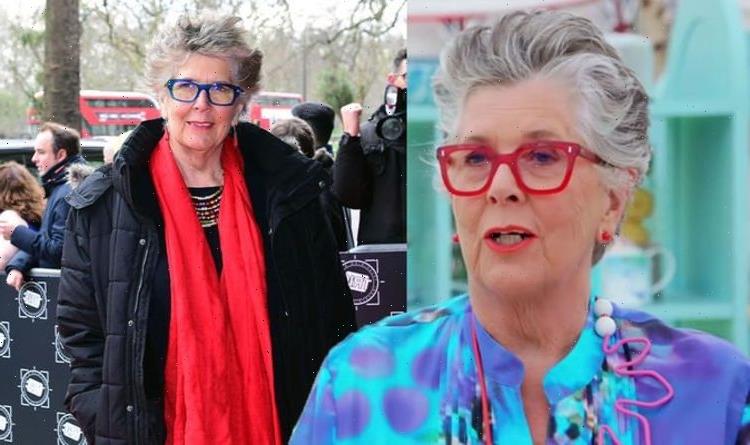 Prue Leith, 81, has received backlash on Twitter with some branding recent comments “toxic”. The judge joined the show in 2017, replacing Mary Berry.

The most fattening bite you can imagine.

In various episodes, social media users have picked up on Prue’s “toxic” language.

It comes after she claimed dishes would be “worth the calories”, something that potentially could trigger those with eating difficulties.

As well as comments on calories, Prue has said that Amanda Georgious’s German biscuit was “the most fattening bite you can imagine”.

Several GBBO fans have taken to Twitter recently to express their anger at Prue’s behaviour.

Sarahbatten said: “PLEASE could someone tell Prue that ‘worth every calorie’ is a harmful sentiment that she should really not be making into a catchphrase? #GBBO @PrueLeith.”

BrightonSuz added: “‘This is about as fattening a mouthful as you can get’ and ‘worth every calorie’.

“Comments like this by Prue Leith really need to be edited out of every episode of #GBBO @Channel 4.”

AliMason added: “I *hate* when Prue says are or aren’t worth the calories.

Eating disorder charity Beat spoke to the MailOnline about Prue’s comments on the show.

Beat’s charity’s director of external affairs, Tom Quinn, said: “Mentions of calories can be triggering to people with or vulnerable to an eating disorder.

“We know from the people we support that equating food with ‘good’ or ‘bad’ moral connotations can lead to feelings of guilt and shame, and can even encourage eating disorder behaviours.”

He added: “We would strongly encourage Channel 4 to be conscious about the way food and exercise is discussed, for instance not mentioning calories or specific weights, in order to protect their audience.”

Before Bake Off Prue was a judge on BBC Two’s Great British Menu for 11 years.

On Tuesday Prue had her co-star Paul Hollywood doubled over with laughter after serving up a whopper of innuendos.

The pair were with host Matt Lucas judging baker George’s choux buns when she said: “Quite often I need two holes so that I can squirt.

“You squeeze the bag, when you meet that little bit of resistance… it usually means it’s full.”

Paul and Matt could not contain their laughter any more, with Paul seen propping himself up on the workbench.