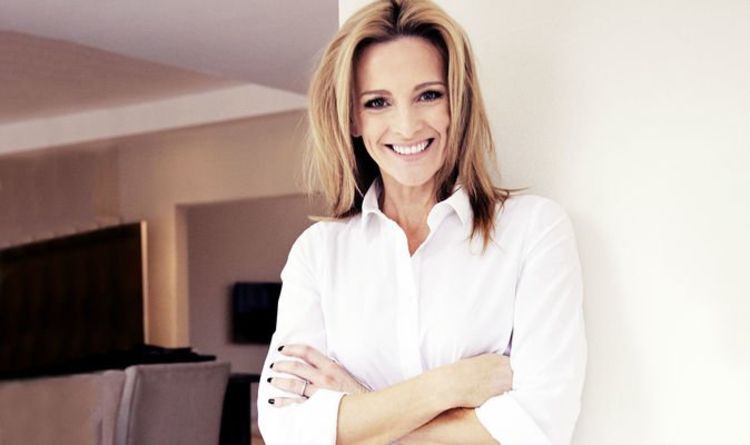 She remains a cool professional whether reigning-in the blokey banter of guests on Match Of The Day or steering difficult interviews with athletes. Gabby, 46, who has been in the limelight for more than 20 years, made her name in the Noughties at a time when there were barely any female presenters. So she pulls no punches when applying the same principle of hard graft to her children, 15-year-old twins Reuben and Lois.

“I don’t want to micro manage their lives at all,” she says. “I want them to have to deal with disappointment and setbacks because you can’t put a cushion under them all the time and hope that everything is going to be a gilded existence.”

Her teenagers are preparing for GCSEs so it’s a demanding time for Gabby and husband, former Scotland international rugby union player Kenny, especially when it comes to their competing schedules.

Gabby says: “I work a lot and sometimes [I’m] away – at home I don’t have regular hours.

“I’m not a 9-to-5 person because of the nature of my job and my husband will also have periods of time when he is travelling.

“With teenage children, busy careers and the extended issues that large families create, just normal life things that come at you, nobody is immune [to stress].”

Reuben and Lois are “a lot more savvy” about mental health and stress than their mother was at their age, she says, and attend the regular mindfulness sessions which are held at their schools. 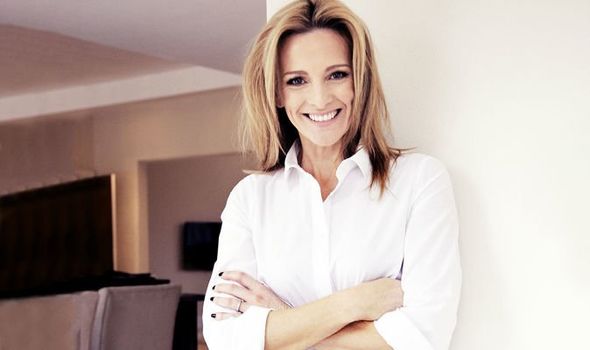 Gabby says this means communications channels are always kept open at home, no matter the size of the problem: “You don’t want to trivialise what is going on their lives because sometimes they get wound up about something that you think, ‘Oh my God, that’s really not that big!’, but equally, you have to put weight on their issues otherwise they will think you are trivialising their problems.

“But because we do talk, I think they quickly work through things and realise that is not actually a big deal or they can deal with it.”

Gabby is fronting a campaign calling on people to seek professional help after research found Britons are self-medicating stress with food and drink.

A survey of more than 13,000 people on behalf of global healthcare provider Cigna found 87 percent felt stressed, with 12 percent of those classing it as “unmanageable”.

Nearly half of those surveyed said they were reluctant to get medical advice and many were struggling in silence, mistaking “physical manifestations of stress” such as backache, Irritable Bowel Syndrome and poor eyesight as being the root cause of the problem, not the symptom.

“It’s a spiral of health that deteriorates quite quickly and the whole time you are not treating what is the initial cause, which is stress.

“It’s really important to address this rather than just putting a sticking plaster on something.” Gabby wants employers to be more supportive and aware of employees’ stress and for people to recognise when it is time to seek help. 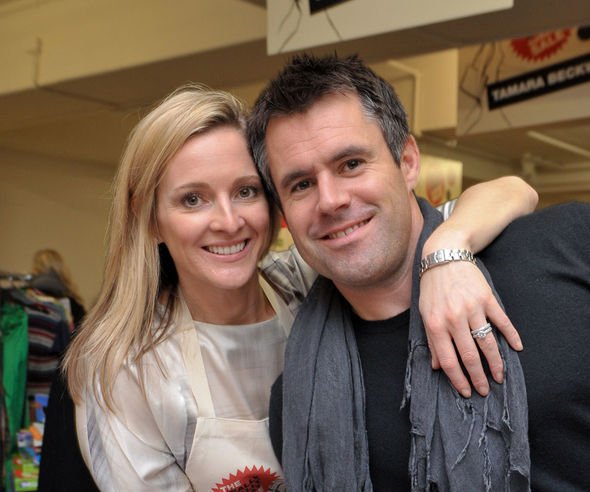 She says: “It is making sure you have time for something for you which sometimes is something we feel we can’t say. It is sometimes hard to do things for ourselves.”

It is sage advice that Gabby had to adopt when, in 1992, her 15-year-old brother Daniel died from a heart defect when she was aged 19.

She says: “When my brother died, I think I realised for a short period of time that I was a stress eater because my parents were crushed with grief and I took over doing things as much I could in the household for a while.

“We had a lot of Jewish friends and during Shiva [the Jewish week-long mourning period], they would bring food to the house and I just obliged and ate everything that was put in front of me and, probably over a month, put on weight and didn’t feel great and then there was another realisation that this is not making me feel good.

“I realised I was just sitting down to eat two meals in an evening that had nothing to do with my appetite or being hungry, it was all about feeling empty.”

Gabby had given up gymnastics two years earlier – she had represented Wales in the 1990 Commonwealth Games in Auckland – because she had sciatica.

Her rigorous training regime of 35 hours a week ended abruptly at the same time as she was focusing on her school work and there was a sudden build-up of pressure.

“I realised I needed something to give myself a release but did not realise the science behind endorphins and why my body felt better when exercising.

“I just knew I felt better and was able then to cope better with my A-levels and doing things like my driving test, growing up and having boyfriends.”

Reflecting on that difficult period in her late teenage years, she says: “I guess it could have gone a different way and I might not have been able to cope or enjoy situations as much but thankfully, “I feel quite lucky that at that age it’s something I turned to.”

Despite her punishing daily schedule, Gabby ensures she regularly breaks a sweat with cardio, running or weight training.

She says: “If I exercise they [the children] will get 100 per cent of me if I’m present or if I don’t [exercise], it would slide into 60 per cent of me because I’m not as well and not as able to be as present.” 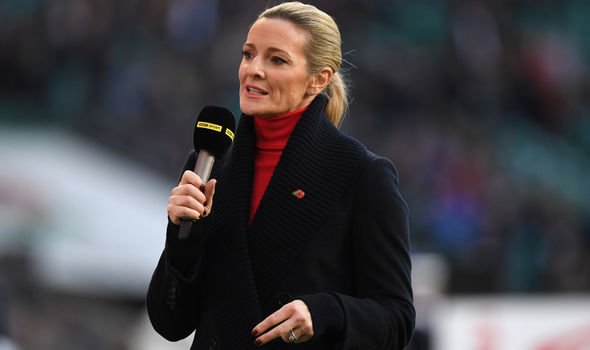 Gabby has talked before about the self-reliance that came from being the oldest of four siblings.

Now Kenny, who runs a sports marketing firm, is often absent so Gabby has learned to manage on her own.

She says: “This time Kenny’s been away over the last two weeks.

“It’s been quite smooth but sometimes if I’ve got loads and loads of work on, it feels like I’m juggling too many balls and plates in the air.”

Family aside, work gives her a “buzz” and she says it takes time to come down from live TV work, such as Match Of The Day.

“If there is a big show and there is a green room, I might chat to people afterwards.

“If it’s a long journey home, like when I do Match Of The Day, I travel home and I’m ready for bed.”

Although Gabby isn’t working at the Rugby World Cup in Japan, she will be following all the action – and cheering on Wales.

She says: “Rugby World Cups can take time to get going as they’re seven weeks long. But this has been really ‘high-impact’ so far. I hope Wales go all the way.”