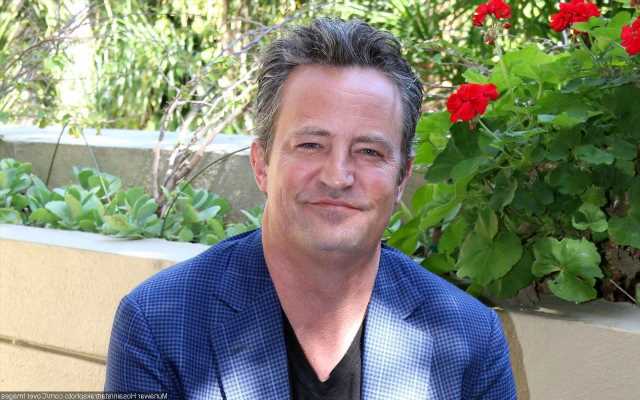 The 53-year-old actor starred as Chandler Bing on the NBC sitcom admits that he found it ‘difficult’ to work on the show because it was impossible to not have eyes for his female co-stars.

AceShowbiz –Matthew Perry has recalled having crushes on his “Friends” female co-stars. In a new interview, the actor portraying Chandler Bing on the NBC sitcom found it “difficult” to work on the show because he had a crush on all of his female co-stars.

The 53-year-old actor starred on the TV show alongside Jennifer Aniston, Lisa Kudrow, and Courteney Cox and joked that it was impossible to not have eyes for his female co-stars but found it tricky to act alongside him because his character did not feel the same way.

He said, “How can you not have a crush on Jenny, and Courteney (Cox), and Lisa (Kudrow)? So it made it kinda difficult to go to work because I had to pretend I didn’t have these [crushes].”

The “17 Again” actor, who also starred alongside Matt LeBlanc and David Schwimmer on the classic sitcom and saw his character go on to marry Courteney’s alter ego Monica Gellar, struggled with addiction to drugs and alcohol during the height of his fame and explained that while he “never” took booze to work with him, he would often show up on set “blindly hungover.”

In a clip from his upcoming interview with Diane Sawyer on ABC News, he said, “Early on yes, and I made a rule that I would never drink or take anything at work. I would never do that, but I would show up blindly hungover. Like shaking. I loved Chandler, I loved the show. And I knew ‘remember this, because it’s going to be the best time of your life.’ And I knew I would never forgive myself if I messed this up.”

Matthew, who achieved sobriety some years ago, has now opened up about his addiction struggles in his new memoir “Friends, Lovers and the Big Terrible Thing” and claimed that readers will be “surprised” at just how “bad” his struggles have been and how close he came to death.

He said, “I think they’ll be surprised at how bad it got at certain times and how close to dying I came. I say in the book that if I did die, it would shock people, but it wouldn’t surprise anybody. And that’s a very scary thing to be living with. So my hope is that people will relate to it, and know that this disease attacks everybody. It doesn’t matter if you’re successful or not successful, the disease doesn’t care.

“Matthew Perry: The Diane Sawyer Interview” is set to air on ABC News on Friday October 28.