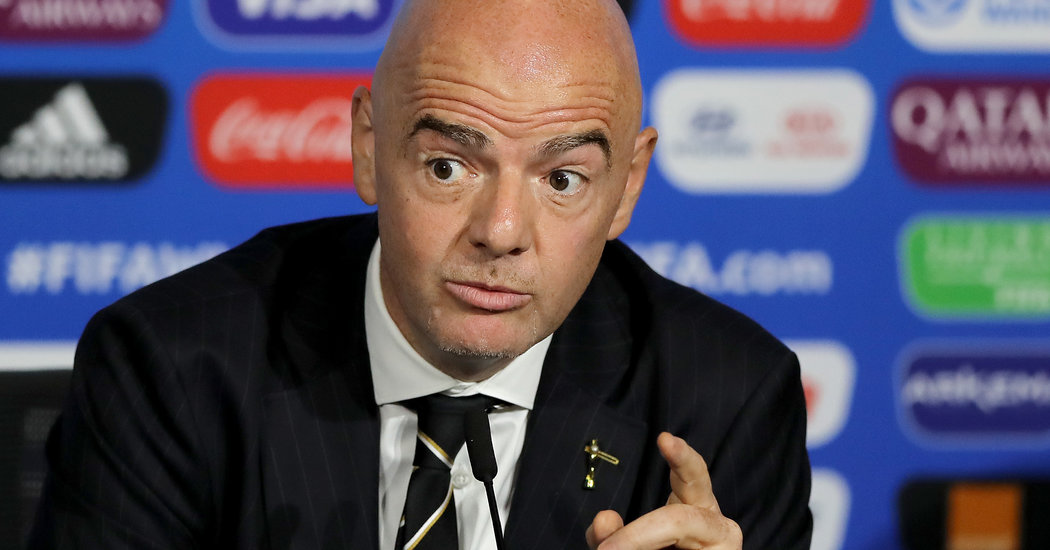 Basking in the success of this summer's Women’s World Cup in France, FIFA President Gianni Infantino on Friday said he supported expanding the event to 32 teams from 24, possibly as soon as the next World Cup in 2023, and doubling prize money and financial support for the teams that take part.

The World Cup, which started with 12 teams in 1991, expanded to 16 in 1999 and to 24 in 2015. With a further expansion, it could be opened to second-tier teams that narrowly missed out on qualification this year.

Expansion would mean more opportunity for growth of women’s soccer in new markets, but is also carries competitive risks: While the women’s game has been growing deeper, particularly in Europe, it still can throw up an occasional mismatch when an elite team meets a developing one. One example was the 13-0 victory by the United States over Thailand in this year’s group stage.

Expansion of FIFA’s biggest tournament has been a theme of Infantino’s presidency. The men’s tournament is due for an expansion to 48 teams from its current 32 in 2026, when it will be held in the United States, Canada and Mexico, and Infantino also is pushing a plan to significantly expand FIFA’s world club championship.

Prize money and financing for training and preparation has been a contentious issue in women’s soccer in recent years, with players all over the world calling for significant increases to close the large gap between the men’s and women’s World Cups. There is $30 million in prize money available at this year’s World Cup, compared with $400 million at the 2018 men’s World Cup.

Infantino also said he wanted to double national team funding and payments to teams that release players for the Women’s World Cup, a change that would represent another sizable infusion of money into women’s soccer.

Infantino acknowledged that FIFA currently has hundreds of millions of dollars in cash reserves: “We don’t need all that money in Swiss banks; they have enough,” he said, according to the BBC.

The site of the 2023 World Cup has not been determined; a decision was expected early next year. But Infantino said he would suggest restarting the bidding process for the next tournament in light of the proposed changes to the event’s scale.

“We should reopen the bidding process to allow everyone to have a chance or maybe co-host,” Infantino told reporters.

Infantino also called for a Club World Cup for women, in which top teams from every continent would take part. While FIFA has hosted a men’s club championship for years, it has never held one for women. He also supports a women’s version of the Nations League, a national team event that has been inaugurated recently in Europe and elsewhere to replace friendly matches.