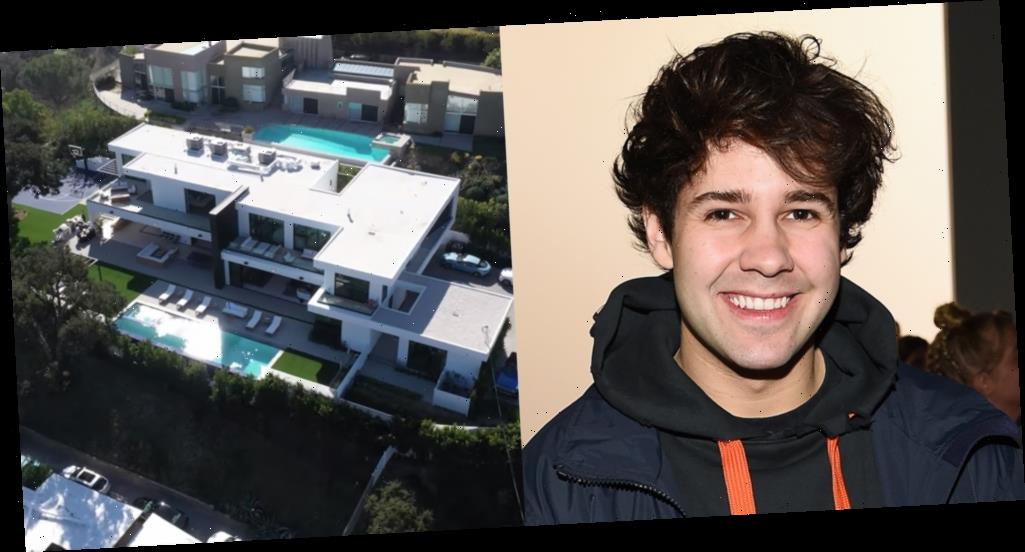 David Dobrik uploaded a new vlog on his second channel, “David Dobrik Too,” and fans are going crazy!

The 24-year-old shared his first YouTube video in three months and it’s of his new house.

In the video, David can be seen showing friends his new digs, which includes a walk-in, temperature-controlled wine closet, a gym, a movie theater, a master suite with skyline views over the San Fernando valley, a full outdoor kitchen with a BBQ center, a lounge area with a fire pit, an infinity pool and a spa, and even a video studio for his podcast, Views.

The coolest feature in his house though – a Hawaiian Punch drinking fountain, just like in the movie Mr Deeds!

David purchased the house back in August for $9.5 million. It sits at 7,800 square feet and boasts six bedrooms and seven bathrooms.

After uploading the video, fans took to social media celebrating the new upload.

“the amount of serotonin that ran through me watching the new David Dobrik vlog is insane,” one fan wrote.

“david dobrik posting today is the best thing to happen to me in 2021,” another shared.

“i’ve never been so happy to see that david dobrik just uploaded a new vlog,” a Twitter user said.