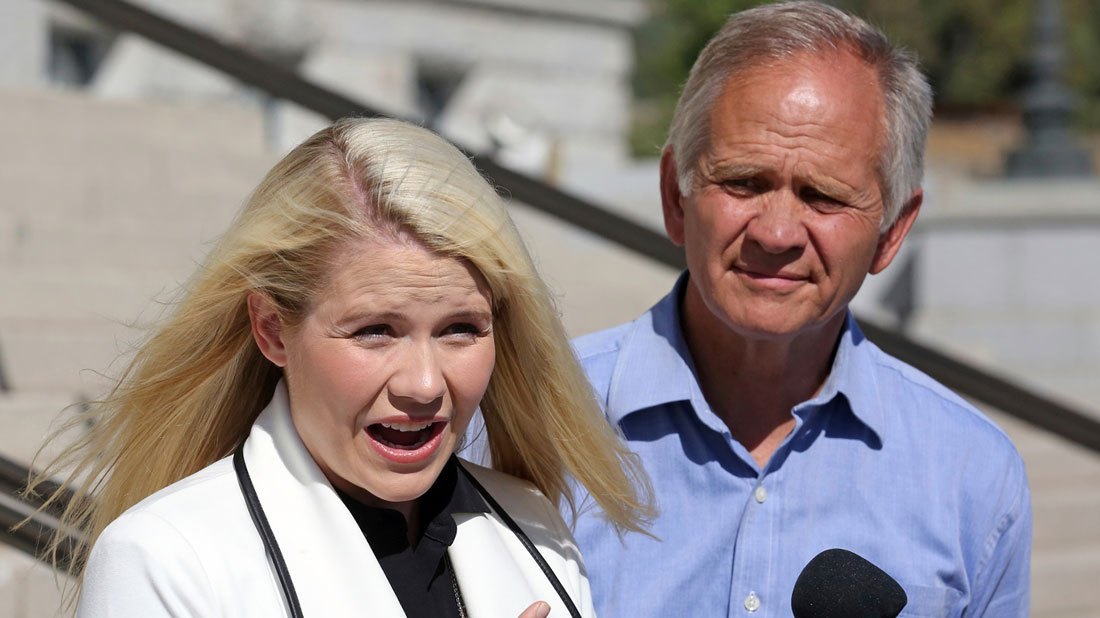 Elizabeth Smart’s father confirmed to the world on Thursday that he is gay – and now in an exclusive interview with RadarOnline.com, Ed Smart admitted his earliest memories of identifying as homosexual occurred when he was 12 years old.

Speaking with Radar on Friday, August 16, Ed revealed he was “absolutely” aware that he was gay when he was a pre-teen.

“I remember at 12 [years old] realizing that I was different,” Ed told Radar. “So I think that was specifically when I really determined that was the case.”

“We moved from California to Salt Lake City, and if you crossed your legs the wrong way, or you held your hand or said a word or something, it was very difficult,” Ed recalled. “It was a challenge and I think that all children want to be accepted by their peers and fit in whether they’re gay or not. It was certainly totally unacceptable back then.”

The 64-year-old father of six dropped the news on Thursday in a heartfelt Facebook message. He claimed to Radar that the personal reveal initially meant for “family and friends” was leaked. Nonetheless, he verified his comments in the letter were true.

Now, Ed told Radar he is ready to live out his truth, which at first came as a “shock” to his wife, Lois, and their children.

“I feel very relieved,” Ed told Radar. “I think that there are so many like myself that have remained closeted for the better part of their lives and debate on whether or not it’s something that they want to do because it is so hard. It is so life-changing.”

In the Facebook message, Ed explained he was conflicted as his sexuality does not align with the beliefs of the Mormon religion. Elizabeth’s dad explained to Radar on Friday just how difficult this realization was.

“My whole life I have believed in what was taught to me through the church and that was that the feelings that I had were bad,” Ed explained. “I suppressed that so deeply that I never ever wanted to identify as being gay. I know there are so many people out there that are in my same situation.”

However, Ed said his breakthrough has reminded him that he is now able to live authentically.

“I’ve become so aware that you are who you are,” he said. “And I hope that those who are thinking that they will come out will because it’s so much better to be able to live as you are than trying to hide it and dealing with the problems that come with that.”

As Radar readers know, the Smart family was thrust into the spotlight in 2002 after Ed and Lois’s daughter, Elizabeth, was kidnapped at knifepoint from their Salt Lake City home. She was tortured and abused for nine months before she was rescued. Today, she is married and welcomed her third child last year.

The kidnapping survivor’s father confirmed to Radar that he and Lois are separated and no longer living under the same roof. He currently remains in Utah.