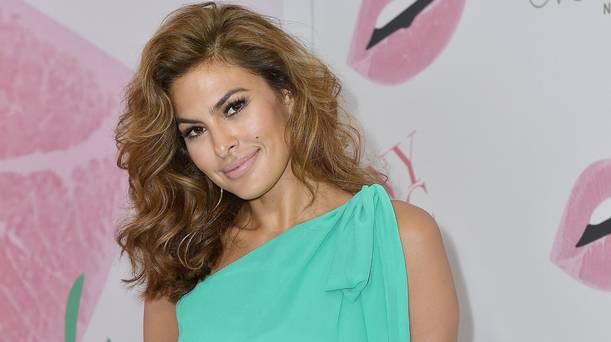 The ‘Ghost Rider’ star has Esmeralda, five, and Amada, three, with her longtime partner Ryan Gosling, and says she takes inspiration from her brood, because they have a sense of “freedom” that means they “don’t care” what other people think.

She said: “I find them so inspiring, because they just don’t care. They care, in the best way. They’ll just be like, ‘Can I wear socks on my hands today?’ And I’m like, ‘Yes, of course you can wear socks on your hands today.’ So we make that happen.

“Or they’ll get a Halloween costume that we have hanging out and they’ll wear that with pyjama pants and a headband, and it’s so cool. It’s just such a freedom.”

And although she loves her children, Eva says she’s also thankful to be getting past the “toddler phase”, because it means her household isn’t as chaotic as it used to be.

The 45-year-old actress added to People magazine: “I’m slowly starting to feel like a person. Now that we’re getting out of the toddler phase, I’m excited to not wear paint all over me, or food all over me. But we still have a three year old.”

She said: “It’s so fun and beautiful and maddening. It’s so hard, of course. But it’s like that feeling of … you end your day, you put them to bed and Ryan and I kind of look at each other like, ‘We did it, we did it. We came out relatively unscathed.’ I’m so thankful I have the opportunity to be home with them.”

The ‘Hitch’ star also said motherhood has made her “care less”, but “care more” too.

She explained: “I don’t know. I guess I’m still in it. I’m still new to the game. I feel like in a way it makes me care less because of priorities obviously but at the same time it makes me care more. Even though I have less time to think about what I’m wearing for my day or how to put something together, I think of it more in a sense of even if I’m not with my kids, I’m always representing them. It’s always on my mind. I’m somebody’s mother and I need to act accordingly. There’s an intense amount of pressure that I feel but it’s good pressure.”