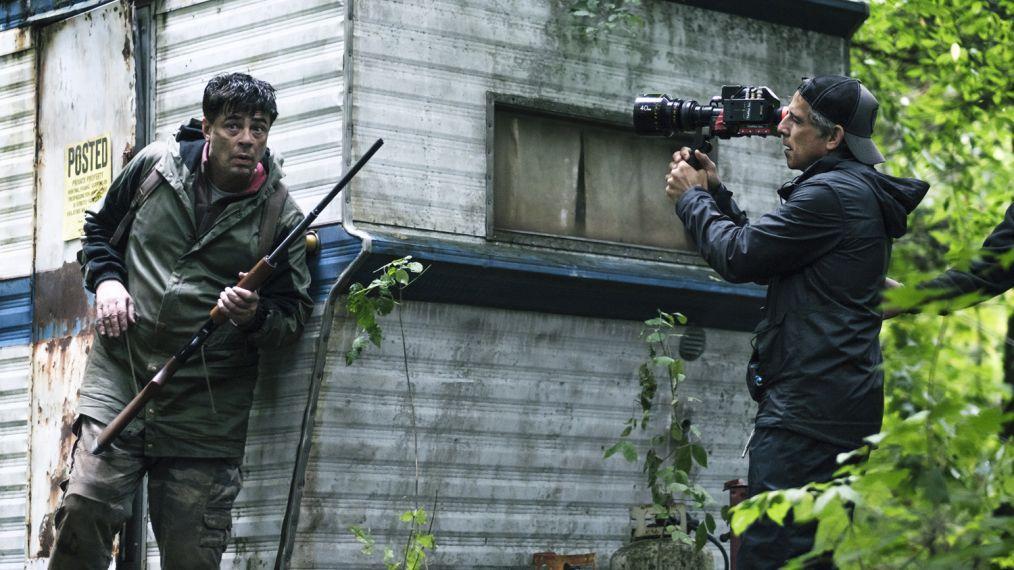 With a total of 12 Emmy nominations, Showtime’s Escape at Dannemora has emerged as a leader in the limited series race. The show based on a real-life 2015 prison break explores the dynamics between convicts Richard Matt (Benicio del Toro) and David Sweat (Paul Dano) and prison worker Joyce “Tilly” Mitchell (Patricia Arquette), who ultimately helped them escape. All three actors received nominations, along with the show itself and director Ben Stiller.

Showrunners Brett Johnson and Michael Tolkin were on the Ray Donovan set in 2015 when they originally heard about the Clinton Correctional Facility in Upstate New York. “Immediately we said, ‘We’re going to make a limited series — this is a movie-star vehicle.’ We just fell head over heels in love with this story,” Johnson told Deadline after Tuesdays nominations.

When Stiller’s name came up to direct, the creators jumped at the idea. “We actually worked on it for a full year before we got it to Ben. As soon as we discussed Ben, we said, ‘Holy sh*t, this is the guy.’ He’s such an amazing director, and while most of his films are comedies, these are not a couple of guys improv-ing fart jokes comedies, these are sophisticated, cinematic, elaborate, multi-layered films.”

Tolkin added: “His intelligence, his devotion to the work, his tirelessness. We felt that his skills as a director and his charisma as a person were really well-matched to what we were doing.”

Johnson and Tolkin also received writing noms for episode 6, as well as 7 — the finale. An accolade Johnson said they were “enormously flattered” by, as it featured crucial, pivotal backstory, exploring the convicts’ original crimes.

In addition to getting those depictions right, Johnson and Tolkin had to make the difficult decision not to attempt a meeting with Mitchell. “We made a decision to not try to meet her and part of that is when you do a true story, you have to, as a writer, come to be confident in who you feel these people are,” Johnson said. “Part of what we seemed to know and understand about Joyce Mitchell was that she might be the type of person where if you meet her, she might manipulate you a little bit, because if you look at her life history, she’s got a long track record of manipulation and we were worried about that.”

Stiller, and then Arquette, agreed to move forward without the Mitchell meeting, and Arquette brought a highly-textured performance on her own. “I don’t think there’s an actress in the world that could have done a better job than her,” Tolkin said. “She embraced the character’s complicated lust for power and brought her humanity to the character, by not softening the character’s edges, by not winking at the audience, by not doing anything that would make you like the character.”