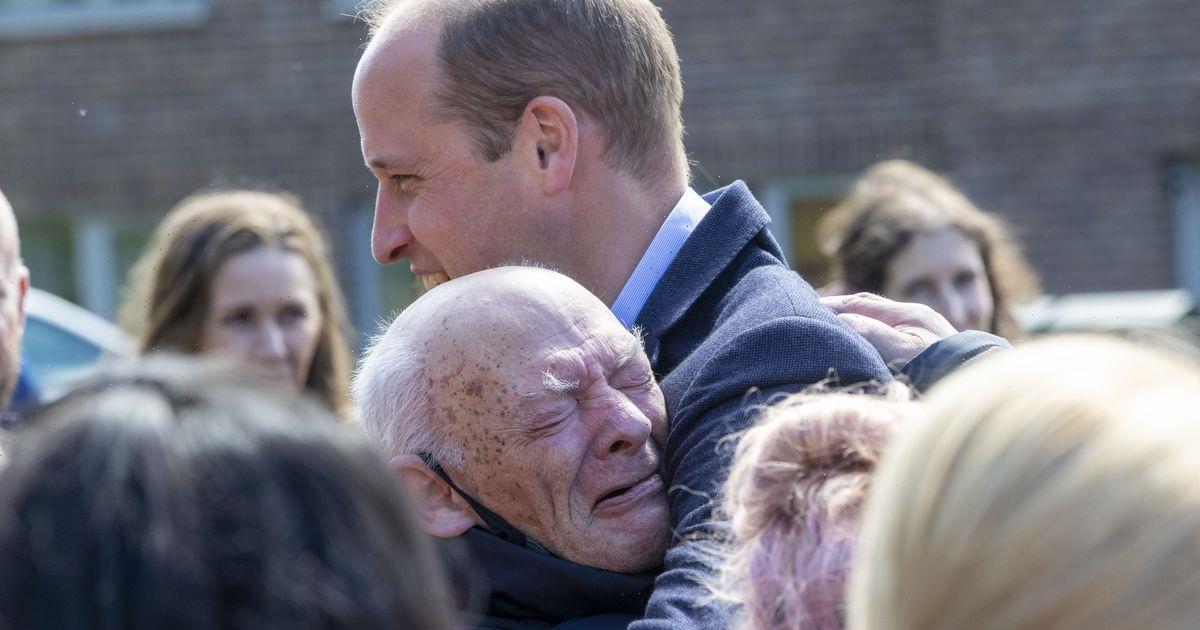 During a visit to Glasgow, fans saw an emotional moment between Prince William and a man who opened up about his challenges of homelessness.

The Duke of Cambridge gave a the man, who was in tears, a heartfelt hug.

Prince William and Kate Middleton, the Duchess of Cambridge, are currently on a two day visit to Scotland.

The Duke and Duchess spoke with locals who have benefitted from the organisation.

Prince William has always been a campaigner for the homeless. In 2009, he spent a night sleeping on the streets of London to experience what it was like to be homeless.

The event was organised by homelessness charity Centrepoint. The organisation's chief executive, Seyi Obakin slept next to the prince.

Writing on the Centrepoint website, Seyi said: "For me, it was a scary experience. Out of my comfortable bed.

"Out there in the elements. Out there on an extremely cold night, with temperatures down to minus 4.

"And it was the same for Prince William. But he was determined to do it as [Centrepoint] patron in order to raise awareness of the problem and to be able to understand a little better what rough sleepers go through night after night."

William and Kate spoke with those who benefitted from the services access to employment.

They also took part in a 'Roots of Empathy Session' with children at St John's Primary School in Glasgow.

The pair will be visiting Glasgow university to speak with staff and students about mental health.

They will then hear about the work that the researchers at the school of Psychology and Neuroscience have done.

Members of the public outside of the university will also get the chance to meet the Duke and Duchess of Cambridge.

The couple are using the engagements as part of a UK-wide tour to mark the Queen's Platinum Jubilee this year.

Their Scotland visit comes after Prince William and his father Prince Charles were given the authority to open Parliament due to the Queen having mobility problems.

For all the latest TV and Showbiz news, sign up to our daily newsletter here.