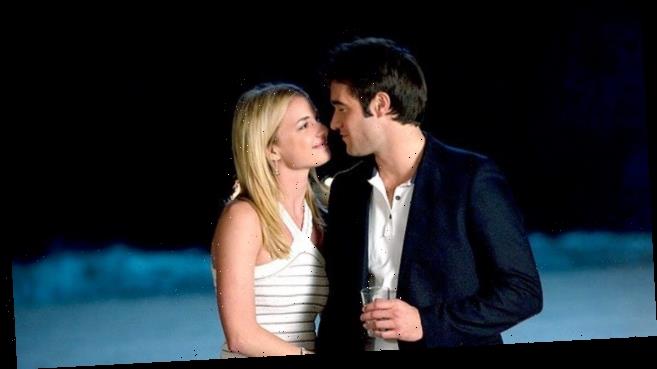 When you know, you know! Emily VanCamp has never shied away from finding love on set. While past romances with her former costars Chris Pratt and Dave Annable didn’t work out, she eventually found The One in Josh Bowman.

VanCamp and Bowman met in 2011 on the set of Revenge. On the ABC drama, the duo played love interests Emily Thorne and Daniel Grayson, who ultimately wed during the show’s third season.

Art appeared to imitate life as a romance blossomed between the pair off screen. Us Weekly broke the news of their relationship in January 2012, and they got engaged in May 2017.

The Brothers & Sisters alum said that Bowman did a “good” job with his proposal. “It was in a forest. We were in nature on a hike kind of doing what we do, it was very, sort of, us,” she told Entertainment Tonight shortly after their engagement. “So yeah, it was great, beautiful.”

VanCamp and Bowman tied the knot at Harbour Island in the Bahamas in December 2018.

While VanCamp has shared sweet photos of the couple across her Instagram page, the duo have largely remained relatively private. However, the Resident star has gushed about how comfortable she feels around her spouse.

“I’m at my most confident when I’m in nature and I don’t have to dress up. When I take off my makeup, that’s my boyfriend’s favorite,” she said in the January/February 2013 issue of Women’s Health. “And that, to me, is a symbol of a great guy — someone who doesn’t care about all that [glamorous] stuff.”

A few years before their winter nuptials, the Everwood alum revealed that she could see the duo starting a family together someday. “Yes, absolutely, especially when your sisters are having babies you just want to jump on the bandwagon. But I’m just happy being an auntie right now,” she said on The Meredith Vieira Show in September 2014. “I’m really busy and I feel like I kind of want to be the kind of mom I want to be.”

Scroll down to see how the former Revenge costars fell for each other when cameras stopped rolling!