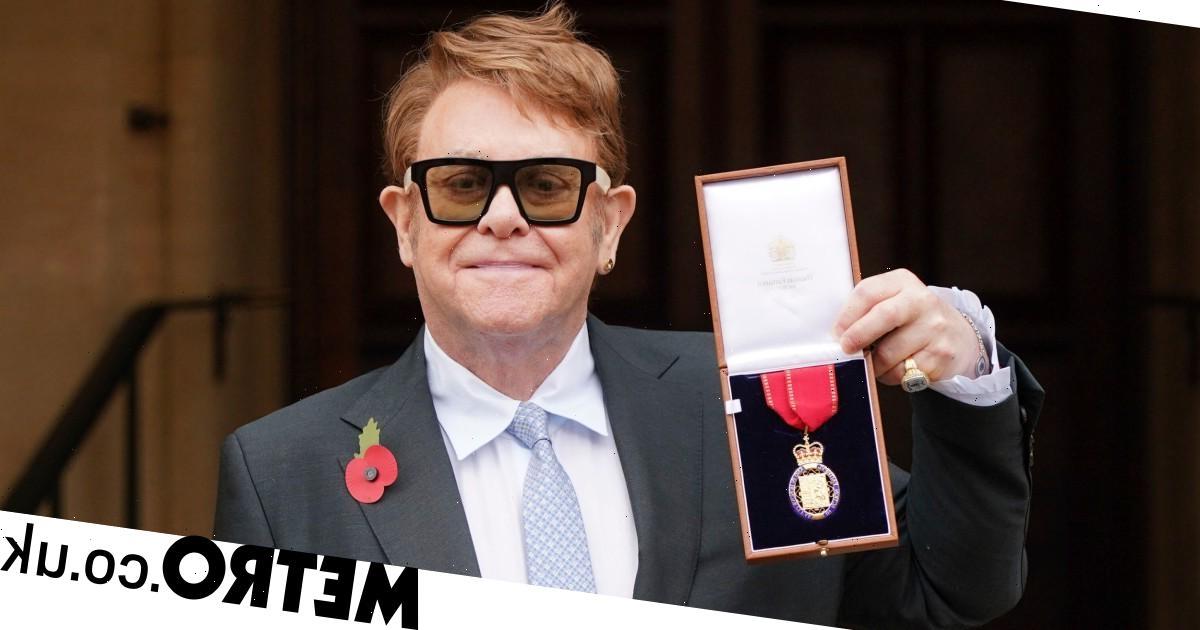 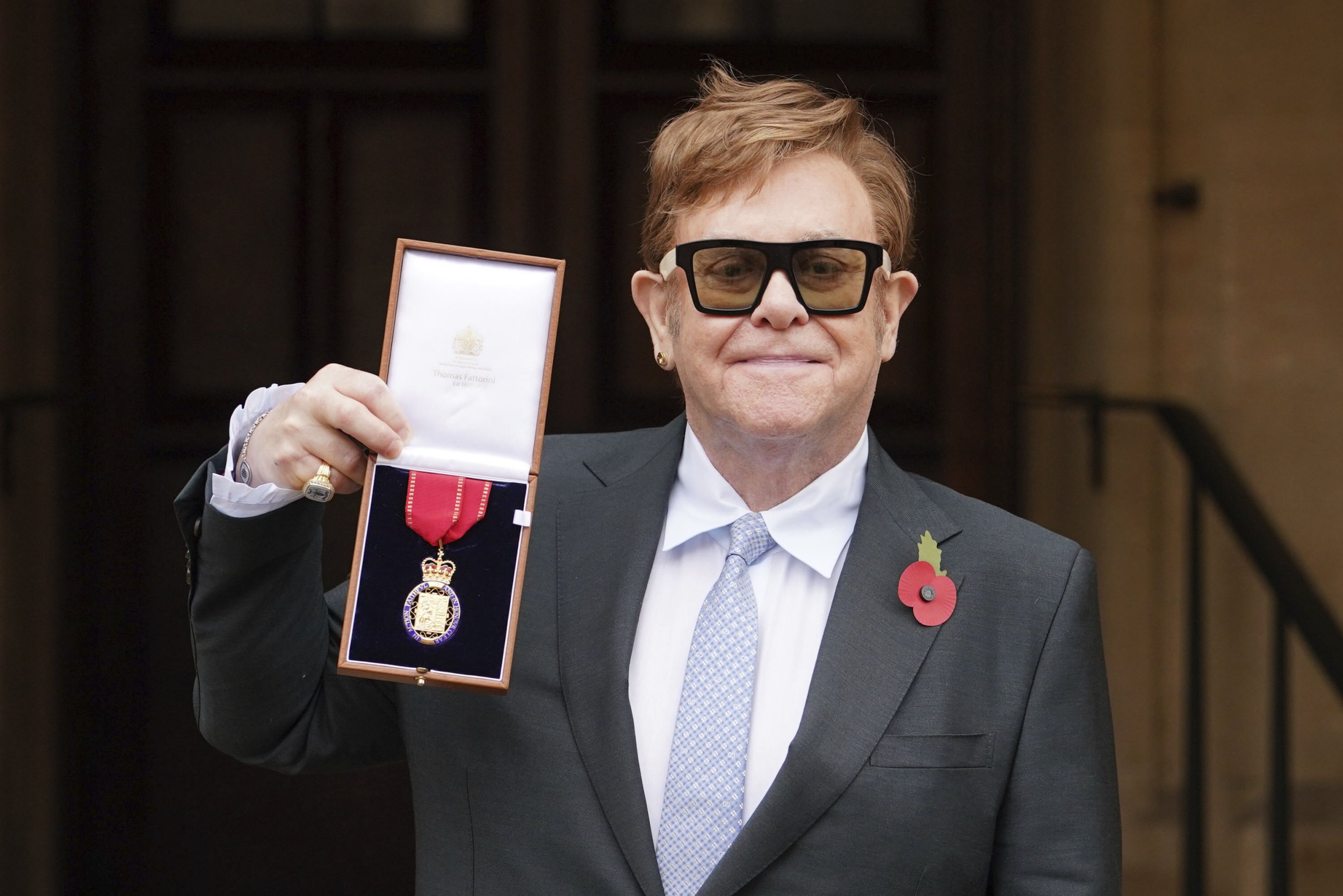 Sir Elton John is not letting a hip injury and surgery slow him down as the singer reveals he is more than ready to make new music.

The global icon, 74, says he is ‘raring to go’ after his hip surgery and is more inspired than ever to make new music and raise funds for charity after being presented with a prestigious award.

Sir Elton was made a member of the Order of the Companions of Honour by the Prince of Wales during a Windsor Castle investiture ceremony, during which he walked with a stick following the painful surgery, but the Tiny Dancer singer was in high spirits.

Accepting the award, Sir Elton reflected on his record-breaking career that has seen him release a hit single in every decade since the 1970s, and notch up worldwide record sales of 300 million.

Sir Elton said: ‘I’ve had an amazing life, music has been my life, and I got this [award] for music and for work for charity.

The Order of the Companions of Honour is one of the highest a person can receive and was established in 1917 by George V in recognition of service of national importance.

Past recipients of the Order of the Companions of Honour include broadcaster Sir David Attenborough, actress Dame Judi Dench, and Beatles star Sir Paul McCartney.

Sir Elton received the prestigious award in recognition of his services to music as well as the work he has done with the Elton John Aids Foundation.

The Rocketman star set up the foundation 1992 to lobby for action on HIV and Aids, which still claims hundreds of thousands of lives per year, and to encourage people to get tested.

As well as his incredible charitable work, Sir Elton is still creating smash-hit records, most recently clinching the number one spot with his single Cold Heart with Dua Lipa.

The singer-songwriter has continued to work with new talent and has joined forces with Ed Sheeran to create three new Christmas songs, the first of which, Merry Christmas, will be released at the start of December.

‘I give him advice and he gives me advice, it’s just a lovely friendship.’

Fans will be cheered to know Sir Elton is still ‘raring to go’ after his operation, as the singer is still on his Farewell Yellow Brick Road Tour – The Final Tour, which was first announced in 2018 as his last-ever tour but was postponed due to the Covid-19 pandemic.

The tour will kick off again in the United States in January 2022, with Sir Elton set to return to the UK for a plethora of shows from June next year.