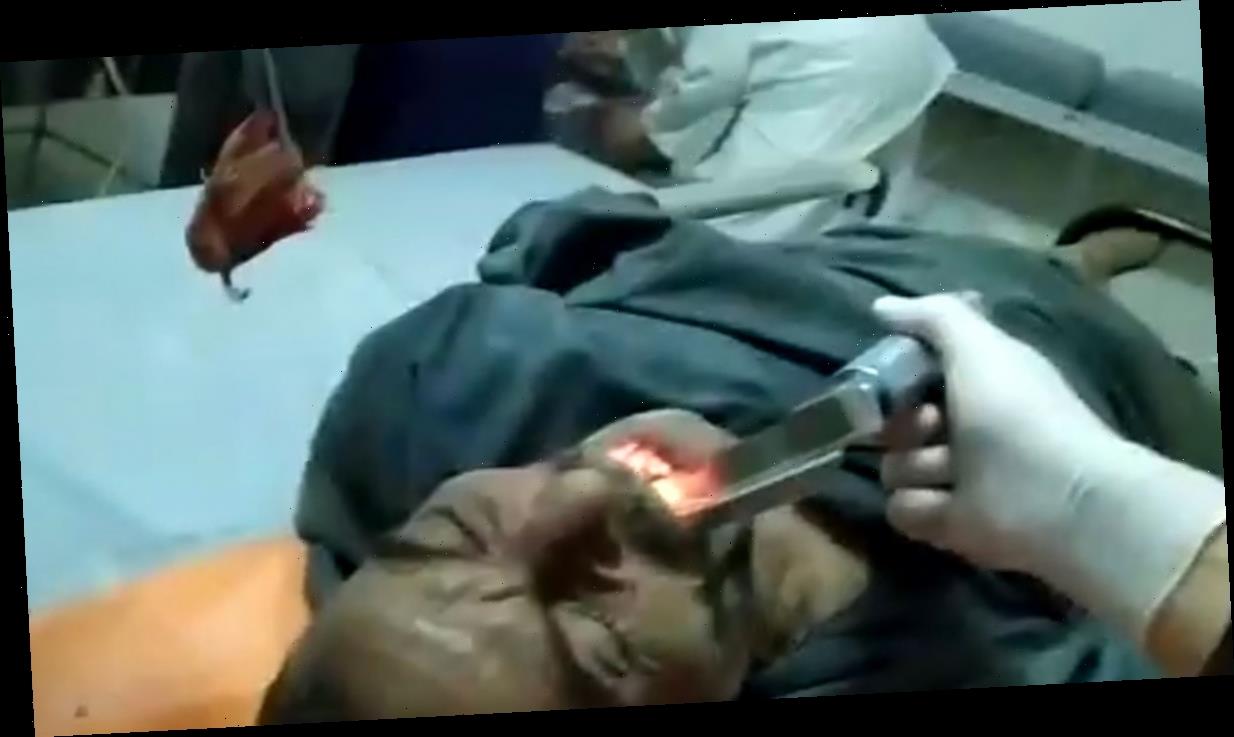 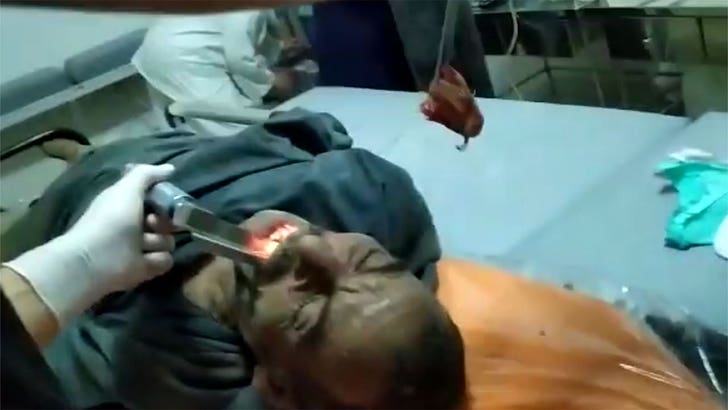 A guy who went fishing in Egypt got more than he bargained for when his catch for the day tried going down his gullet before he could even fry it up … and it almost killed him.

This went down last week near Beni Suef — about 90 miles south of Cairo — when this poor fella came stumbling into an ER down there gasping for breath and unable to speak. He obviously had something funky in this throat — and that thing, it turned out, was a live fish.

Doctors diagnosed the blockage in his windpipe after running him through an X-ray and other tests, and then immediately got to work in extracting the damn thing with some tools.

Check out the procedure … it’s pretty gnarly. The man’s laid out on a table as they pry his mouth open with one device and fish the scaly creature out with another — eventually they hook it and yank out. As you can see, it’s a tiny thing, but got lodged in there good. 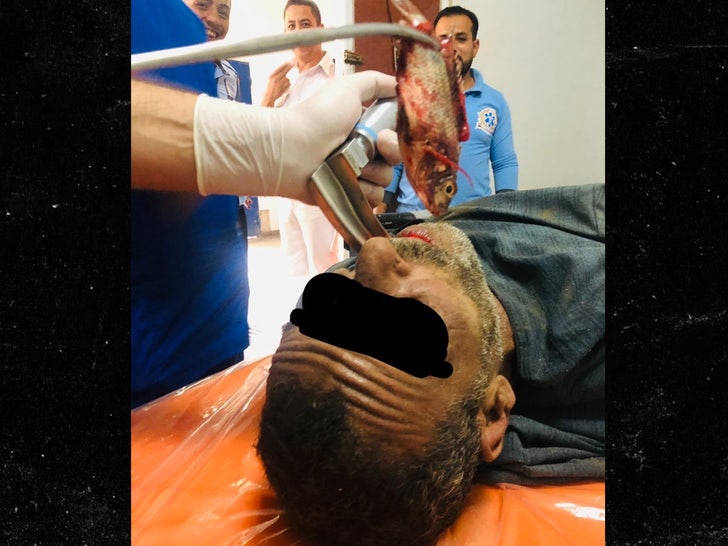 Word is the guy was okay after all … but as for how this happened in the first place — bizarre, to say the least. Apparently, this dude caught this tiny fish and put it between his teeth to free up his hands so he could attend to another fish he had on the line.

This little bastard started squirming and broke free from his jaw’s grasp, and went swimming in the dude’s mouth. The lesson … don’t bite off more than you can chew (or swallow).